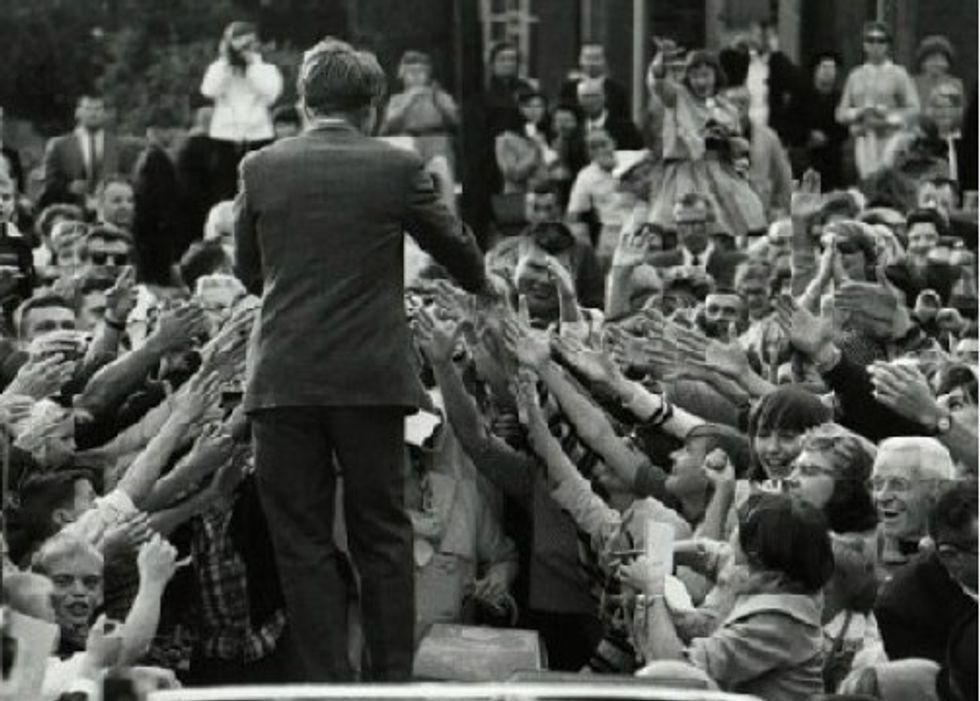 Are smokers, non-exercisers, non-savers and other such undisciplined people acting irrationally? The conventional wisdom of our decade says yes, of course, they are. That's why we need policies that will help people overcome the mind's biases toward error. Not so fast, say a number of dissenters. The conventional wisdom is created by researchers, policymakers, politicians and other successful people, for whom a future-oriented self-discipline is self-evidently good. If the future is a foreign country for all of us, theirs is Tuscany. But for many people, 2032 looks more like Somalia. With a crappy life and no hope of improvement, perhaps it is rational to use tobacco, order fries every night, spend the whole paycheck, or retire as soon as possible, finances be damned. I'm sympathetic to that side of the argument, but now this paper, from last months Psychological Science, has me thinking both sides may be wrong. It reports a series of experiments in which people valued the future more when they felt personally more powerful. That suggests that no one—neither non-smoking savers nor live-for-now spendthrifts—acts rational about the future. Instead, it may be that people's view of tomorrow may be a response to feelings about how much control they have over their lives today.

"Temporal discounting"—a commitment to your present needs and desires over those of your future self—is often cited as an example of human behavior diverging from the rational calculations of classical economic models. If you're in okay health and not too old, the odds are good that you will still be alive in a year or 5 or 10. Therefore if you are rational you should be willing to pay small costs today in order to get bigger gains in that future. The classic example is a choice between $100 today and $125 in a year. Most people who can afford to contemplate the problem are not so desperate for the c-note, so their better choice is to make an easy $25 by waiting. Yet when they answer this question most respondents go for the instant payoff, note the new paper's authors, Priyanka D. Joshi and Nathanael J. Fast of the Marshall School of Business at the University of Southern California.

Naturally, then, some recent research (for example, this) has aimed to counteract this feeling of alienation from the future self.

Joshi and Fast thought they might have a new way to reach that goal. They speculated that a person who perceives s/he has control over "valued outcomes and resources"—in other words, a person who feels powerful—would have an enhanced sense of connection to his/her own future self. Why? For one thing, power confers a sense of control and optimism that makes the future appear more assured and less tentative than it actually is. Second, other psychologists have found that feeling powerful helps foster a more abstract, distanced perspective on experience. (The executive who understands why productivity must increase 20 percent is taking this distanced view; the cubicle serf who wonders how in hell he will do his former job plus take on new duties is construing the situation in a less abstract way.) The more distant perspective, unsurprisingly, also correlates with a higher regard for the future than does the immediate-worries point of view.

To test their idea, Joshi and Fast ran an online experiment in which 73 people were told they would be working on a problem in an online team with other people. Some were assigned the role of "team manager," distributing chores to the others. Others were told they were "workers," who had no choice about which task they received, just an obligation to do it. In addition to the make-work task, all participants also answered a temporal-discounting survey, choosing between receiving a hypothetical $120 right away versus differing amounts (between $113 and $240) in a year's time. People who had been given the "manager" role engaged in significantly less temporal discounting when they made their choices. In a second experiment, 59 USC undergraduates answered the same $120-now-versus-money-in-the-future questions. Beforehand, though, some had been asked to write about a situation in their past in which they'd had power over other people, while the others wrote about a neutral memory (a trip to the grocery store, which I guess is pretty neutral, power-wise, unless you're a vegan). Again, people who'd been nudged to think about themselves as powerful were more willing to forgo money now for the sake of money in a year's time.

In a third study, the authors got away from purely selfish monetary concerns and asked undergraduates their preferences for government actions that affected air quality—did they want better air quality for three weeks right now or were they willing to wait for a year to have better air for a longer period of time? This time the group was divided into three: People who had recalled a moment of personal power, people who instead had written about a time when they lacked power, and the grocery-trip cohort. The ones who had been reminded of their own power were the ones who engaged in the least "temporal discounting." Finally, to check these lab results against real-world circumstances, Joshi and Fast asked 96 people in a Web survey to rate (a) how much power they had in the workplace (b) how much they had in personal savings. "A sense of power at work," they write, "predicted total savings […] even even after controlling for annual income, socioeconomic status, age, and sex."

Oddly, in each of the first three experiments, there were a few people whose results were tossed out because they either didn't engage in temporal discounting at all or because they seemed to have seriously missed the point (for instance, saying they preferred to wait a year to get less money than they could have right away). I wonder if this means that some portion of humanity simply doesn't do temporal discounting at all.

The results for the majority of volunteers, though, were pretty striking. At the practical level, they hint at a new avenue for getting people to sacrifice present-day benefits to help their future selves: Make them feel more powerful (which, fortunately, can be done by reminding them of past moments of control—no robot-slave vacations required). Speaking more theoretically, though, it seems to me these results challenge a basic assumption of "temporal discounting" theory: The notion that there is a correct, rational way to view the future, which some of us have and others lack. It may be that none of us has a clear view of that undiscovered country.