Human Irrationality is a Fact, not a Fad 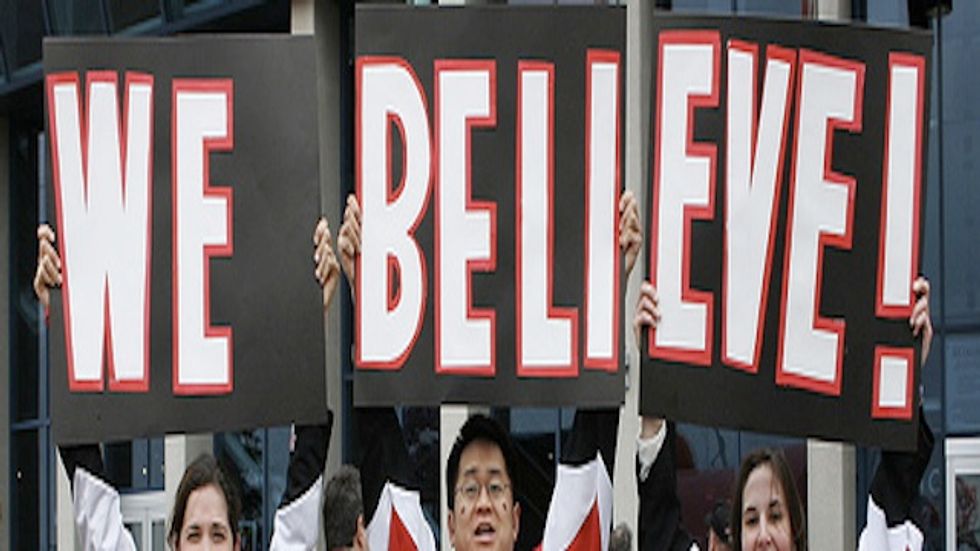 Once upon a time, we were taught that people are basically rational—at least when they have to be, at the stock market, the voting booth, the courtroom, the hospital, the school, the employment office and other important places. Economists, in particular, depended on their version (rationality=everyone is out for himself all the time) but the reliable rule of reason was important for politics, law, medicine and other fields as well. Then some economists changed their minds and put the word behavioral in front of their discipline. They reported abundant evidence that people don't know when they're being rational and can't decide to use reason at will. As these researchers were pushing against the old assumption, they (and their popularizers even more) banged the We're-Irrational drum pretty hard. So now there's a backlash: People pointing out that, foolish as it may be to say that people always think straight, it is equally dumb to claim they never think straight.

As a complaint about what I call post-rational thinking, this is largely a straw man. I've never run across a neuroscientist, psychologist or economist who claimed that people are utterly incapable of reason (what would be the point of showing them evidence that they can't make sense of evidence?). Maybe Jon Haidt didn't acknowledge his dependence on reason enough in his book. Maybe David Brooks sentimentally devalued conscious reasoning in his, as Thomas Nagel pointed out. But they didn't deny the rational mind's abilities. And then, in Thinking Fast and Slow, Daniel Kahneman, the world's most famous and most honored behavioral economist, continually reminds readers that people can and do reason well all the time. So I don't agree with my new fellow-blogger, Steven Mazie, that we're awash in "a faddish denial that human beings can think straight."

Indeed, the problems posed by post-rational research (and the reasons I'm interested in it) stem from the way human beings can "think straight." It's just that they can't tell when they are doing so, can't will themselves to do so, and often think they're being rational when they are not. As a result, there is a gap between the way our important institutions officially work and the way they really work, and this gap causes a great deal of harm.

Two examples: Officially markets are efficient sorters of information that help all participants find the true prices of goods and services. In reality, markets aren't meetingplaces of rational beings, and hence are susceptible to runs, panics, bubbles and fraud. Officially, judges are trained experts who objectively apply the law. In reality, judges who have had to make a lot of decisions without a break are more severe than they are when they've just had a break. And judges who have rolled a dice and gotten a high number will choose a longer sentence than will judges who rolled a low number, for the same criminal. We need to fix markets that rest on the false assumption of perfect rationality. We need to protect the justice system against the assumption that judges are consistent from 10 to 6. To ignore the evidence, by, say, dismissing it as a fad, is to let our institutions run badly in order to preserve the fiction of rationality on which they rest. That wouldn't be terribly rational of us, would it?

In between the absurd extremes of Perfect Rationality and and Perfect Irrationality (which nobody believes in anyway) are important questions, all of them still open, and none simple: When is Reason actually engaged? How can we tell? What rules do we follow instead of logic? And, most importantly, what do we mean by "thinking straight"?

This last question is seldom addressed in books and articles on human irrationality. Instead, as Mazie notes, a lot of this material uses a thin and impoverished notion of human thought. (Deirdre McCloskey makes a similar point about the allied field of "happiness economics" here.) Often, their model of what thought is, and what it is for, is as bad as the old Rational Economic Man models. In fact, often, it is the old REM model: After all, to say that people make systematic errors when they make choices is to say that we know what is correct, and that "correct" is doing what old-school economists would do. But perhaps those economists were wrong.

For example, people who have to choose between three options (call them A, B and C) will value them differently if they previously had to choose between A and B. Economists say this is faulty thinking, because the value of A and the value of B are not altered by the presence of C. But many creatures, including slime molds, are subject to this "error." So we should at least admit the possibility that it could be more appropriate for a living being to make the "error" than to act like a 20th-century economist. More broadly, we should realize that the end goal of a better understanding of human behavior isn't a few tweaks and nudges, but a better definition of what it means to think, and be, and be well.

Research into human irrationality, then, has the potential to cure some of our most important institutions of the habitual harms they inflict on us. And longer-term, it can contribute to a better understanding of what Reason is, and what we (sometimes) rational animals are. For both those reasons, I don't think this is just a passing fad.