How (and Why) Political Beliefs Sway Supposedly Non-Political Decisions 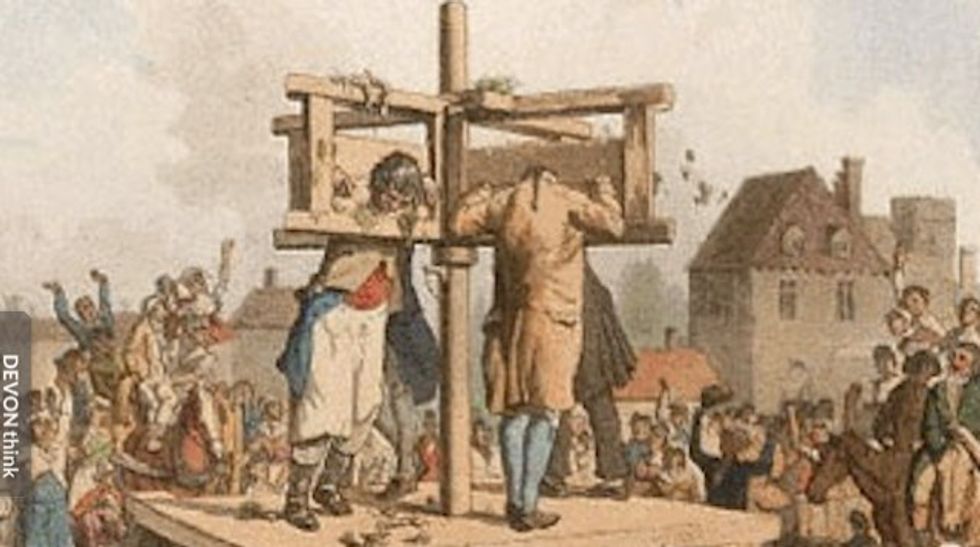 What's the best way to hold people accountable for their actions on the job? Measure the results (though that might encourage them to break a few rules, or even a few limbs, to get things done)? Or measure how good the work itself was—how well it adhered to high standards and best practices (though that might encourage people to just paint-by-numbers instead of achieving anything)? Ideally, you would want your answer to be based on hard data and logic, because different circumstances favor different approaches. In many common situations, though, this study suggests, bosses will use their politics to decide what form of accountability is best. This doesn't simply mean that conservatives like outcomes, and liberals like processes (though that's often true). In the service of ideology, the study found, liberals can suddenly prefer outcomes and conservatives can hymn the merits of process-based methods.

In the paper, to be published in the September issue of the journal Organizational Behavior and Human Decision Processes, Philip E. Tetlock, Ferdinand M. Vieider, Shefali V. Patil and Adam M. Grant examine how organizations choose to hold others accountable for their performance—an issue that concerns not only managers in public and private life but also all voters in their role as bosses to whom politicians answer. In business, choosing the wrong approach means failing to get the results you need and want (for example, write Tetlock et al., if your salespeople are cutting corners to make their targets, the poorer customer experience will outweigh the puffed-up sales numbers). In politics, it creates the risk that measuring performance will turn into a symbolic and cultural issue, in which people are expected to take positions on the basis of their alliances rather than the nature of the problem they need to solve.

In their study, Tetlock et al. asked 75 managers and managers-to-be (they were either MBA students or executives in a continuing ed course) to put themselves on a political spectrum from "strongly liberal" through "moderate" to "strongly conservative." The participants then answered questions about three managerial scenarios.

In the first, the CEO of a company has to weigh the pros and cons of an outcome-based accountability program and a processed-based one (for instance, it would be demoralizing to hold employees responsible for outcomes that are outside their control; on the other hand, employees need incentives to take risks and work hard, otherwise they will just go through the bureaucratic motions). The scenario was purposefully vague about what the company does or how good and devoted the employees are.

In the second scenario, the same choice is before a school board: Do you measure teacher success by standardized tests (outcomes) or by having experts rate the quality of teachers as they work in classrooms (process)? In the third scenario, the CEO of a large company is putting in safeguards against racial discrimination in hiring. Should it be a system of training programs and monitoring of hiring decisions (process)? Or a bean-counter that sounds the alarm whenever the company's percentage of African-Americans in a job category is below the nationwide percentage of African-Americans in that job (outcome)?

Tetlock et al. then asked the participants to state their own preferences about the course of action. True to stereotype, in the first, corporate, scenario, liberals were likelier to support process measures and conservatives to support outcome methods. This also held for the public-school case, as you might expect if you've paid any attention to political debates about education for the past 20 years. However, in the racial-equality scenario, the two sides switched. Here, it was liberals who were more likely to want to judge by outcomes, and conservatives who leaned toward process-based methods. This is what the researchers expected, they write, because school reform invokes the core conservative concern for efficiency, while diversity management touches the core liberal value of equality.

When a core value is at stake, people focus on outcomes and care a great deal less about processes. For instance, hard outcome measures were best for diversity programs, said one liberal, because "I know people pay a lot of lip service to diversity but when I look at the faces at the top, I’m afraid I don’t trust their hearts (are) in this." On the other hand, process metrics were best for education, said another leftie, because "we have to treat teachers as professionals who know best how to evaluate their colleagues." Conversely conservatives made comments like "if you want results, you have to pull their feet to the fire," for teachers, but "it’s not fair to ask individual companies to clean up the after-effects of society’s failures," for executives responsible for diversity.

In sum, the experimenters concluded that in a situation in which information was scarce (what does this company make? how good are its employees? what do recent trends show about its business plan? we don't know), the managers in the study filled in the missing data with ideology—their more or less stable preconceptions about human nature and the way society should be organized. More importantly, they also used ideology when the scenario involved subjects that were already polarized—school achievement and diversity in the workplace. But loyalty to an ideology wasn't the same thing as loyalty to a method: In order to preserve their values, both liberals and conservatives were willing to switch to the other team's preferred tool.

Given all the attention lately to the problem of participants' expectations in psych experiments, it's worth noting that Tetlock et al. acknowledge that asking people to put themselves on the liberal-conservative spectrum before the rest of the experiments might have caused them to act more ideologically than they normally would. But, they reply, even if people were primed to think ideologically, the links between their ideology and their choices were still real. It's hard to imagine that liberals prefer process-based measures for teachers only if they're reminded they're liberals. Moreover, the authors point out, "priming" for ideology is very common in political and policy debates. Try to find a piece of writing about school reform that doesn't make clear the leftist or rightist leanings of its author.

One of the anchor insights of behavioral approaches to supposedly rational institutions is that people, when faced with a hard problem, will unconsciously replace it with an easy problem that they can solve with a rule-of-thumb that takes little effort or attention. For example, here is a hard problem: "What system should we use in our organization to ensure accountability, given all the data we have?" And here is an easy one that can be switched into its place: "What system feels right to me?" Tetlock et al.'s experiment suggests that ideology might be supplying the rule of thumb in some instances.

But which instances? People are sometimes irrational but they don't always ignore the data. Having claimed that the absence of information makes people lean on ideology, Tetlock et al. have tried to hone in one what kinds of gap seem to trigger what they call ""belief-system overkill." Managers will also plug into ideology, the authors propose, when they can't tell how well employee effort is related to results, or when they don't know how well they can trust their employees. In the second experiment in their paper, the researchers found that that when managers were given information on those two points, and dealt with issues that hadn't been politicized, they did use the data to decide their response to the problem before them. "Ideology," Tetlock et al. write, "predicts accountability preferences only when managers operate in high-ambiguity or high-controversy worlds." Whew. That's a relief, right? Except, of course, that high-ambiguity and high-controversy worlds are where most managers have to live.

Illustration: Old-school accountability, via the pillory.