Jordan Peterson is one of the most controversial public figures in recent years. Here's a recap of some of his ideas. 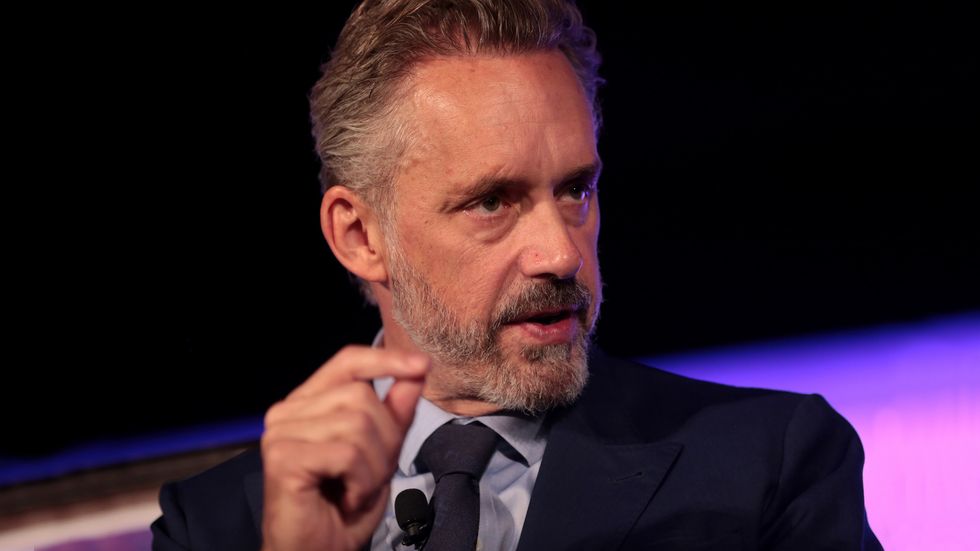 I used to know this guy who liked to talk about Egypt. Five minutes in you’d think, “This dude’s dropping knowledge.” Ten minutes later you’d be searching for the threads. At the hour mark, realizing you haven’t said one word during his screed about freemasons, pyramids, and the Bush administration, you’d desperately seek any possible exit.

Knowledge is worthless without practical application; it becomes, in the words of Alan Watts, a display of “spiritual one-upmanship.” Not that Jordan Peterson doesn’t offer great practical advice. Flipping through my copy of 12 Rules For Life, I’ve found a number of profound sentences. The problem is the path getting there. The threads are often frayed.

Then there's the question of temperament. Watching Peterson react to criticism reminds me of aspiring yogis posting long spiritual quotes underneath pictures of themselves posturing. If you challenge a single word they crumble in disbelief. Their fortress of words locks them in rather than opening them up. Amid their garbled messaging about freedom from ego they’ve actually wrapped themselves so tightly in it they can’t breathe—which is, of course, the basis of yoga.

This was displayed by Peterson when the writer Pankaj Mishra criticized the Canadian professor. Peterson replied by calling Mishra “arrogant” and “racist,” and, after a few moments of Zen reflection, said he’d happily slap him. In his book, Peterson writes, “Have some humility. Have some courage.” He later warns not to “over-estimate your self-knowledge.” Yet he seems to excuse himself from this simple wisdom.

Below are five of Peterson’s more controversial ideas. Some of his sentiments are strong. Sometimes, however, the path to arrival makes you wonder where he was trying to get to in the first place.

There was plenty of deserved blowback when Forbes dubbed Kylie Jenner “self-made.” The environment you’re raised in has a profound effect on both your psychology and opportunities in life. I’m not quite sure how this is even a debatable issue, but in Peterson’s world, it is. White privilege, according to him, doesn’t exist.

After listing numerous categories—health, wealth, age, economic status, and so on—he calls race and ethnicity “post-modernist.” He criticizes one woman's views on white privilege, discussing how her paper was not peer-reviewed or subjected to critical scrutiny. His own scrutiny transforms “white privilege” into “majority privilege.” In China, the Chinese are the dominant race; the culture is built to suit them. And so in America, or Canada, since whites happen to be the majority, the culture is designed to suit them. Whoever the culture is built for is by default privileged; otherwise, the construction would not have been worth it in the first place.

Fair enough. Our gods always look like us. But for someone so insistent about context, it’s baffling that he overlooked the fact that this experiment of democracy is rooted in the idea of a level playing field. Sure, it’s mostly lip service, but still aspirational. Peterson claims that Marxists and post-Modernists (who, according to him, strive to attain the ideals of Marxism)  oppress us, yet Peterson’s inability to consider empathy is the true driver of regression. He’s right that we white men don’t have to apologize for every sin of our ancestors. Yet to think those sins did not rig the game on the soil we occupy is absurd, semantics aside. True, factor analysis is important. Looking outside of your window might prove a little more relevant in this regard, however.

The Left and identity politics Peterson uses William Buckley and, more recently, Ben Shapiro as examples of conservative thinkers who have defined clear political boundaries: racial superiority is not an option. The fringe Right does not represent conservative values (though that line is rather blurred in America right now). The problem, Peterson continues, is that the Left doesn’t know its boundaries. There is no box stating, “you’ve gone too far.”

Peterson is correct: liberalism is destroying itself. One fitting example is the “Abolish ICE” movement now being towed by 2020 presidential hopefuls. What’s happening on the US-Mexican border is frightening and tragic, at least to those of us who care about human rights. But the agency is responsible for much more than these incidents. The knee-jerk reaction of destroying an agency due to one horrific incident is foolish.

Another example is the backlash Matt Damon received last year when he said, “There’s a difference between patting someone on the butt and rape or child molestation.” The actor even qualified it by stating that both should be confronted. His original sentiment is so obvious that debating it seems ludicrous—exactly Peterson’s point. The willful unconcern for coherence is dangerous, yet many liberals don’t seem to be taking it seriously.

On the existence of God

Sam Harris has pointed out that the word “atheism” doesn’t appear in his debut book, The End of Faith. That didn’t stop the public from labeling him such. Anyone so vociferously attacking the Bible must not believe in God. But as Peterson points out, such a binary choice is unfair—you either believe in God or not—because the terms are rarely defined. “Belief” and “God” are such generic terms attempting to derive meaning is nearly impossible. That said, Peterson’s explanation of Christ’s spirit living on, for example, is one of the best arguments for a realistic faith I’ve come across. Like David Brooks in The Road to Character, Peterson strips away metaphysics to uncover something valuable in religious literature, without turning to blind faith.

Peterson begins this by declaring the “devil is in the details,” then cites the fact that kids in a family with a father do better than single-parent families. (Speaking of details, interesting that he doesn’t state “families with a mother.”) “I believe quite firmly,” he continues, “that the nuclear family is the smallest, viable human unit—father, mother, child.” If you fragment it below that, you end up paying, he continues. He cites Warren Farrell and Jaak Panksepp’s affective neuroscience. He discusses rough-and-tumble play (based on Panksepp’s incredible work on rats and the PLAY system.) Fathers and children push each other’s limits to “find out where they are.” If juvenile male rats don’t tussle you can treat it with Ritalin and…wait, was the question?

Three-and-a-half minutes into this four-and-a-half minute video he finally gets to the “gay family,” for the first time recalling that yes, women are parents too. Treating gay families in a post-modernist fashion is gerrymandering questions without facing moral responsibilities and—look, here’s the continual problem with Peterson. Many children come from broken homes. Often it’s the father; sometimes it’s the mother. We have to consider that maybe it’s simply hard to research long-term data on gay families because it’s only been about two decades since homosexuals were broadly accepted.

There are plenty of politicians that would gladly overturn gay marriage and homosexual couples adopting children. Peterson misses the most basic, primary, and humane element of this entire conversation: two people in love can do incredible things, including raising children, regardless of gender. Without that love, everything crumbles. The absurdity of the question is only surpassed by the inanity of the response.

“Why are women coming forward now, about events that happened 15 or 20 years ago?” is the question Peterson is asked. Peterson replies:

There’s been an adolescent insistence since the early sixties that sexual behavior can be rule-free. Now a lot of that was generated as a consequence of the birth control pill, because that was a biological revolution. All of a sudden women can control their reproductive function, in principle...What does that make women? Because now they’re a new biological entity. And so, it’s wide open. What are women now? We don’t know.

He continues along this line, for another minute, finally asking where one draws the line between sexual invitation and harassment. If that question needs to be asked, I’m not sure why he’s even pontificating on the topic. Just because you don’t know what a woman is doesn’t mean they don’t. But that might be too much for this fragile ego to handle.