The myth of the mad scientist

Most of us show humility in the face of Nature as we flirt with the unknown. 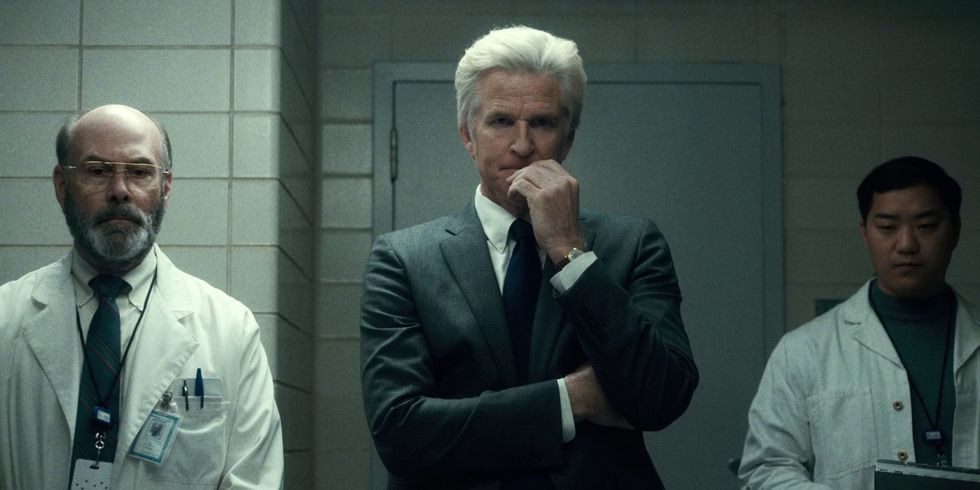 Most people have a distorted view of science, pinning it as a dispassionate activity, based exclusively on the cold lens of logic.

More often than not, scientists are portrayed as narrow, culturally insensitive, only caring about their research and results. Or they are wacky, lovable fools, as in the hit TV series The Big Bang Theory, or really crazy, as in Austin Powers' Dr. Evil, or Dr. Strangelove. To this mix, we can add many of Steven Spielberg's insensitive scientist-thugs, like those in E.T.: The Extraterrestrial. Or, in the same vein, Dr. Brenner and the criminal scientists (pictured above) in the hit Netflix series Stranger Things.

Given that the vast majority of the population has no direct contact with real scientists, it's no wonder that science is seen with great suspicion: according to pop culture and the news, they are the ones who make poison gas, bombs, and bioweapons, and the ones who can hack computers, redesign the human genome, and create intelligent machines that threaten the future of our species. As per this view, scientists can tap into untold sources of power while the rest of us are helpless in their hands. The results are absurd conspiracy theories and, more seriously, efforts to discredit scientists.

We have to work to change this view.

While there certainly are scientists who align themselves with governments or interest groups with evil intent—and this is true of all professions, from lawyers to doctors to the military to oil drillers—the great majority go to their labs, classrooms, and offices with a single purpose: to improve the human condition. The central purpose of science is not to harm but to help. To do that, scientists engage with Nature, working collectively to unveil its secrets and to expand the boundaries of human knowledge.

From the outset, the premise of science is, or should be, humility: science starts in ignorance, feeding on what we don't know about the world and about ourselves. In a very real sense, science is a flirt with the unknown.

This essential quality of science also reveals its humanity. The notion that scientific research marches confidently forward is a silly myth. In truth, the opposite happens: scientists are mostly uncertain of the way forward, and there is often much drama along the road. We take wrong turns, backtrack, feel stupid and lost, make risky assumptions based mostly on subjective hunches, and even throw away the right answer when it's staring us in the face.

A famous example is that of the great German astronomer Johannes Kepler, who gave us the three laws of planetary motion, including the groundbreaking discovery that the orbits are shaped as ellipses and not as circles, as people had thought for over two thousand years. In a frantic four-year-long search for the correct shape of planetary orbits, Kepler tried and discarded all sorts of possibilities, circles and epicycles, distorted ovals, and even ellipses. Only after much tribulation, and with incorruptible trust in Tycho Brahe's astronomical data, he finally settled on the ellipse, even if it went against his and everyone else's prejudice favoring perfect circles. Kepler's integrity resulted in one of the biggest steps in the history of science: to have the brilliance to discover an essential truth about the universe, and the intellectual humility and courage to listen to the data and go against his own personal tastes.

This is often the case when science is on the verge of great changes. The overall feeling is one of despair and confusion, as when we hit the end of the road only to find out that we are at the edge of a high cliff and the lion is right behind us. The only way out is to jump and embrace the fall, hoping the river flowing way below is deep enough.

An example closer to our times is the transition into quantum physics that happened during the first three decades of the last century. Most physicists were confident that the picture of the world was almost complete—that the three pillars of classical physics (mechanics, electromagnetism, and thermodynamics) seemed to provide almost all the answers.

“Almost" is the key word here. There were a few nagging experiments that stubbornly refused to conform to the old modes of explanation. The Michelson-Morley experiment didn't find the ether, leaving everyone wondering on what material medium light propagated; Heinrich Hertz had discovered that high-energy radiation, like ultraviolet light, could electrify a piece of metal (giving it a net electric charge), but low-energy radiation couldn't; there was also no understanding why hot bodies emitted radiation with peak frequency proportional to their temperatures.

It was clear to many that new physics was needed to explain these phenomena. But what? Enter Max Planck and his quantum hypothesis. Atoms receive and emit energy in little packages, or quanta. Common knowledge at the time described the process of energy emission and absorption as continuous. Planck proposed otherwise, much against his beliefs: “My act was one of despair . . . whatever the price, I had to get the right answer." Einstein seized the notion and proclaimed, in 1905, that light can be both wave and particle. In the same year, he also proposed that light didn't need a medium to propagate. Boom!

Planck's use of the word “despair" is revealing. He had to throw in a revolutionary idea, against everything he and everyone else believed in. As with Kepler, the data spoke and old ideas had to bow down to new ones.

We should never suppose that our prejudices take precedence over Nature. If science is a game of catch, Nature is always a few steps ahead.

This is how the drama of science unfolds, as experienced by every practicing scientist: we want to know more, always, but are perennially short-sighted. A far cry from the nefarious, power-blind scientist, bent on controlling the world. When it comes to the real world, let's see science for what it is, a deeply human adventure, as exciting and imperfect as we are.

The post The Myth of the Mad Scientist appeared first on ORBITER.