The first book I read about quantum mechanics was not a textbook. Instead, it was The Tao of Physics by Frijof Capra, a 1975 bestseller claiming that discoveries in quantum mechanics supported the ancient worldview of Buddhism. I read The Tao of Physics in my freshman year, and in it, Capra, a physicist, offered beautiful descriptions of both quantum science and Buddhist philosophy.

I bought in to each… separately.

Forty years later I am both a Buddhist practioner (Zen in particular) and physicist with a keen interest in quantum foundations. But I never bought into the claim that one supported the other, and today I want to reflect on that mistaken link and, perhaps, a better way to think about Buddhism and physics.

Capra’s book was part of a wave of interest in so-called “Eastern philosophies” and quantum physics. There was also The Dancing Wu Li Masters by Gary Zukov. Soon it became a staple of New Age mumbo-jumbo to stick “quantum” in front of whatever was being sold: quantum healing, quantum spirituality, quantum colon cleansing. While the first impulse of Capra and Zukov represented a genuine interest in how the well-known weirdnesses of quantum mechanics overlapped with the new (for these western students, anyway) territory of Buddhist philosophies, things got out of controls quickly. The most egregious example of the downward spiral was a 2004 documentary What the Bleep Do We Know!? which was so full of nonsense that I literally threw my box of popcorn at the screen during my viewing.

So, what is the problem with what we might call “quantum Buddhism”? 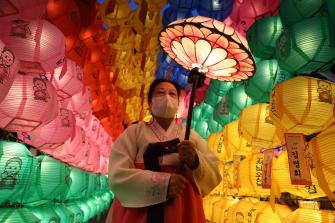 Let’s start with the physics side of things. Quantum physics is theory dealing with the very small, things like atoms, protons, and quarks. Physics at this minuscule scale are really weird compared to the physics we’ve learned on more human scales. The most important weirdness for the relationship to Buddhism is what’s called the “Measurement Problem.” Like classical mechanics that is governed by Newton’s equations, quantum mechanics has Schrodinger’s equations that describe how quantum systems evolve. But here’s the weird part: Once the system is observed, Schrodinger’s equations no longer apply. The measurement takes precedent over the equation. Why should a physical system care that it’s been observed? No one knows, and folks have been arguing over the Measurement Problem since quantum mechanics was first formulated.

Those arguments got crystalized into what are called quantum interpretations. While physicists know exactly how to apply the rules of quantum mechanics to build things like lasers and computers, they don’t agree on what the equations mean in a philosophical sense. They don’t know how to interpret them.

Buddhism, or at least the version of it known well in the West, also has an epistemic focus and eschews the idea of a completely objective perspective on experience. For many Buddhist philosophers, the world and our experience of it are inseparable (at least as far as descriptions and explanations go). There are no essential, timeless properties, and everything arises interdependently.

What then is the problem with linking quantum mechanics and this Buddhist view? The trouble is not the with Buddhist side of things. Buddhism has existed for a few millennia and has done just fine on its own. You can choose to engage with it as a philosophy or as a practice if it suits you. If not, that’s fine too. But it certainly doesn’t need physics for support. 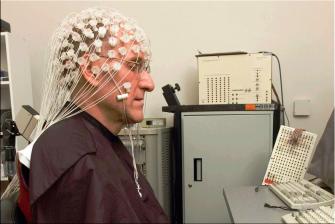 A dialogue between Buddhism and physics

Can there be a relationship, a dialogue, between Buddhism and physics? Absolutely, and this is where I think there are new roads opening up. Physics, whether we’re aware of it or not, is saturated with ideas, concepts, and attitudes inherited from the philosophical traditions that began with the Greeks. These were then mixed with the Abrahamic traditions (Judaism, Christianity, and Islam) and then were shaped by the Renaissance. This long philosophical tradition in physics constitutes an ongoing dialogue about the nature of cause and effect, identity and change, and time and space. When physicists working at the foundations of their fields try to imagine new paths, they naturally draw from this tradition be it consciously or unconsciously.

What the classical philosophies of India and Asia (a much better term than “Eastern Philosophy”) offer is a new partnership in discussion. The millennia of philosophical discussions occurring in the Buddhist milieu asked questions similar to those occurring in the Mediterranean, Middle East, and Europe. But the Buddhist conversation had a very different set of concerns and foci. In this way, an engagement between physics and Buddhist perspectives can, perhaps, offer a larger set of ideas and perspectives to consider when thinking about foundational issues in physics.

This kind of dialogue is something I get really excited about because it’s not a matter of bringing the two together to “prove one is true,” but instead, it’s about enlarging the sandbox of possibilities in thinking about the world and our place in it. Next spring I’ll be participating in a conference in Berkeley called Buddhism, Physics, and Philosophy Redux on exactly this kind of overlap. Hosted by the wonderful scholar of Buddhism Robert Scharf, it promises to be Big Fun!

Tags
buddhismphilosophyquantum mechanicsreligion
In this article
buddhismphilosophyquantum mechanicsreligion
Related
Thinking
Finding your essential self: the ancient philosophy of Zhuangzi explained
Adopting a healthy scepticism towards inherited ideas means “emptying the container of the Self.”
Thinking
Why you should laugh at yourself, according to Seneca and Nietzsche
“It is more human to laugh at life than to lament it.”
13.8
Why the origin of life and the Universe itself might be forever unknowable
There might be a hard limit to our knowledge of the Universe.
Thinking
Bonhoeffer’s “theory of stupidity”: We have more to fear from stupid people than evil ones
Evil is easy to identify and fight against; not so with stupidity.
Thinking
Can’t move on? Here’s what the Buddhist idea of anattā teaches about letting go
Give yourself (and others) a break.
Up Next
Strange Maps
Why Swiss maps are full of hidden secrets
Cartography is serious business in Switzerland — but once in a while, the occasional map gag slips through.