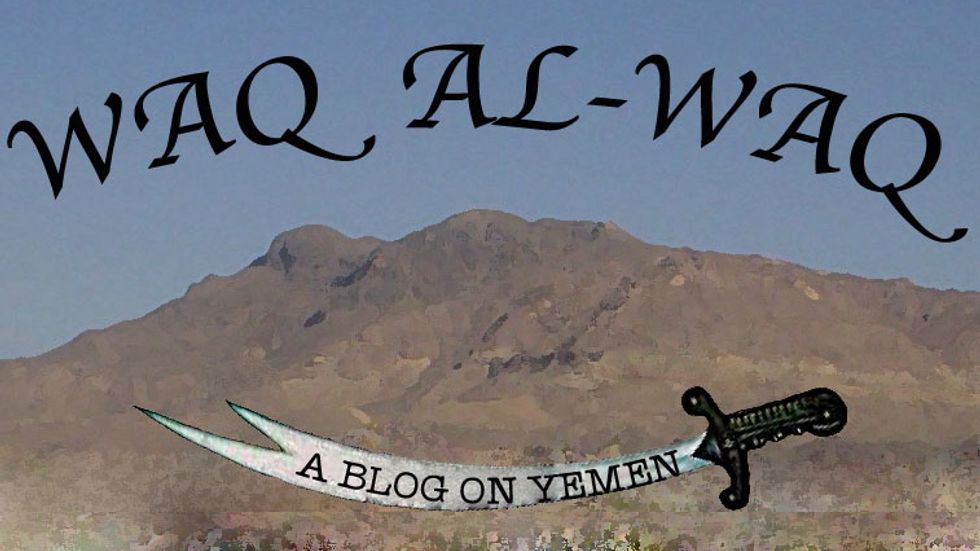 Over the past few years as I've thought about al-Qaeda, Yemen and US policy I have returned time and time again to what I have termed "the Ghalib al-Zayadi problem."

Basically, this is the idea that just because someone in Yemen has a beard, carries a gun and talks about Islamic law doesn't mean that he is a member of al-Qaeda.

I have talked about the Ghalib al-Zayadi problem in both public talks and on this blog, yet as the news continues to dribble out of the White House that the Obama administration has given the DOD and the CIA greater freedom to target individuals in Yemen through what they are called "Terrorist Attack Disruption Strikes," or TADS - I worry that the US is increasingly targeting people like Zayadi.

A bit of background might be helpful. Zayadi, like many in Yemen, is a tribesman.  In his case, from Marib.  He has also had extensive interaction with some of al-Qaeda's top leaders in Yemen.  In fact, he was arrested in 2002 and charged with being a member of AQ (which was not true) and in jail rubbed elbows with even more individuals who would go on to form the core of AQAP's leadership.

Zayadi criticizes some of these men for mistaken theology, but he also speaks highly of their personal piety.  (Zayadi has given several interviews to local papers in Yemen.  For one example from January 2009 (Ar.) see here.)

My concern is that as the US introduces more of what one official calls "elasticity" into its targeting in Yemen, the US is going to start killing more and more men like Ghalib al-Zayadi - guys who look like al-Qaeda, walk like al-Qaeda, and even sound like al-Qaeda - and yet, aren't al-Qaeda.

Make no mistake about it, this is going to drive even more people into the arms of al-Qaeda.  Men who didn't start out as members of al-Qaeda and don't necessarily agree with al-Qaeda's shallow and distorted theology are going to join the group to fight a common enemy: the US.  And that is a serious problem.

I say this because I believe the US, or at least this anonymous official, is absolutely wrong when it comes to Yemen.

Here is the quote from the NYT piece by Jo Becker and Scott Shane:

"Counterterrorism officials insist this approach is one of simple logic: people in an area of known terrorist activity, or found with a top Qaeda operative, are probably up to no good. “Al Qaeda is an insular, paranoid organization — innocent neighbors don’t hitchhike rides in the back of trucks headed for the border with guns and bombs,” said one official, who requested anonymity to speak about what is still a classified program."

I have no idea who these anonymous officials are, but I believe them to be dangerously off the mark when it comes to Yemen.

It is simply not true that AQAP doesn't mix with its neighbors in Yemen, in fact members of the group do this and have been doing this for some time.  One reason for this is that being a member of AQAP is not the only identity many of these men hold - as is the case with most of us - they have multiple identities that they slip between and use as circumstances dictate.  So, in addition to being members of AQAP some are also tribesmen, or members of a particular clan - identities they utilize numerous times in their daily interactions.

The idea that anyone can look at someone in Yemen and tell whether or not they are a member of AQAP - let alone a drone or the military's Kill TV - is deeply flawed.

Identifying and targeting AQAP doesn't work like that.  But that, as numerous news reports have made clear, is the route the US is increasingly going down.

I believe that to be both dangerous and mistaken - much more likely to deepen the war than solve it.

As the targeting guidelines for Yemen are relaxed it would be wise to worry about the Ghalib al-Zayadi problem.