Bryan Cranston won four Emmy Awards for Outstanding Lead Actor in a Drama Series for his portrayal of Walter White in AMC's Breaking Bad. He holds the honor of being[…]
Go to Profile 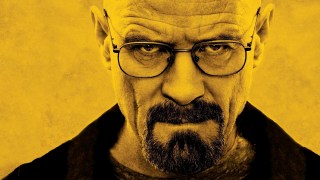 What does it mean to fully be human? Opening yourself to uncomfortable truths

As scary as it may seem, Bryan Cranston was deeply informed by personal experience in how he approached Walter White, the character he played on the hit television program "Breaking Bad."
▸
10 min
—
with
Bryan Cranston

As scary as it may seem, Bryan Cranston was deeply informed by personal experience in how he approached Walter White, the character he played on the hit television program “Breaking Bad.” In what may be the ‘crazy ex-‘ story to beat all ‘crazy ex-‘ stories, Cranston explains how a series of dark encounters with a mercurial girlfriend helped him tap into Walter White’s most menacing qualities. But Cranston is interested in more than the fictional roles he’s given to play as an actor. He finds the roles that each of us play in life—from partner, to friend, to citizen, and so on—are what really defines who we are, what we do, and the shape our lives take over their long arc. His book on the subject is aptly called A Life in Parts.

BRYAN CRANSTON: I mean the purpose of writing my book was to express myself, to continue being a storyteller. These are two stories. It’s called Life in Parts because of the parts we play. Not only the parts I played in my profession but also the parts we play as human beings. I’m a father. I’m a husband. I’m a brother. I’m a citizen, a neighbor, and all those things. And we all are. We all present ourselves that way. I also wanted to write honestly because I thought if I’m not telling the truth then what’s the point. It’s masturbatory which has its place in your life but not in this case. I wanted to present it to say okay, here’s when I was afraid. Here’s when I was insecure. This is times when it was really trying on me or testing me. The two incidents that you mention I was married once before to a lovely young woman who we just, we weren’t suited for each other. And so we separated. We parted ways. And out of that four year togetherness I was newly single. And within a month or so I was on an audition and I met this woman named Ava whose name I changed. And she was aggressive and assertive and beautiful and I was kind of taken aback. And we got together quickly and we were boyfriend and girlfriend before I could blink.

And then I realized there was something off about her. And what was off about her is that she was addicted to drugs. But I never knew exactly what kind of drugs. I was really very ignorant about drugs because I was on that track to become a police officer and I just never indulged. I’d smoke pot once in a while but it was never my thing so it didn’t appeal to me. And I’ve never done any other drug than that. So I was very ignorant on that but I noticed her behavior was different. She would be sweating one moment and then she’s fine and then she’s down and then she’s up. IT’s like there’s something very strange going on. And I tried to get out of the relationship and she was so powerful she refused the breakup. When I decided I was going to breakup with her I thought of the possible scenarios. She could be angry. She could be pleading. She could agree with me. Yeah, I think it’s best we should breakup. There could be any number of things. And I thought about how I would react depending on what reaction she would give. The only thing that I didn’t count on is that she said no. Just calmly said so, we’re not breaking up. I don’t know what to do with that. And she was so aggressive and assertive that she just kept pulling me into her life and it was crazy. It’s a longer story but she started stalking me and showed up at work. I was working on a soap opera at the time in New York and she showed up at work and she was thrown out of the studio.

And she would leave these messages on my answering machine in those days. This is the early eighties. And threatening me that she was going to have me killed and when I lease expect it. She would say I can find you any time. Look, I was at the floor of your show. That’s how easy. And I was really like she’s right. And she was very smart and it was like oh my god, at any moment she could have someone just kill me. And she said specifically that. The one Achilles heel that she had was that she loved her mother deeply. And I had met her mother a couple of times and she’s a lovely lady. And one time I picked up the phone. I usually didn’t answer the phone but I picked up the phone and it was her. I went oh god. And I just told her I said look Ava, don’t ever call me again. Leave me alone. No more threats. I have all these threats on my answering machine. If you continue with this I will tell your mother. I will let your mother listen to your threatening my life. Silence. Silence on the phone. Then she came back on and said I want that tape. I want that tape. And she’s screaming obscenities. And I went Ava, listen to me. I promise you I will erase these tapes if you leave me alone. But if you don’t I will give them to your mother. But if you leave me alone your mother will never hear them. I promise you that.

I’m coming for the tapes. I’m coming for the tapes. And this was at the point of I was already shaking because she had made so many threats against my life. She came over to my apartment. I knew she knew where I lived. And she buzzed. Of course in New York if you buzz every apartment someone’s going to buzz you back in, you know. It just happens. So she came up and she’s pounding on my door. Let me in. She’s screaming at me. I want those tapes. Just a madwoman. And I am at the foot of my bed curled up in a ball. And part of me when I think back on it was embarrassed. This young woman – I was 28 years old. I was a strapping strong young man. This woman was five foot two, 105 and I’m frightened of her. And I think there was some embarrassment along with that if I’m honest. And it made me realize that it doesn’t matter how small someone is. It’s power. It’s someone who’s taking power and using it or abusing it as the case may be. Anyway, I’m at the foot of my bed curled up into a ball and I finally had it and I just calmly got up and I went to the door and I unlocked the door and I opened the door, she was there. I grabbed her by the back of the hair and I pulled her in, closed the door and I pulled her into my room and there was one brick wall in my apartment at the time. And I took her by the back of the head and I slammed her head into the brick wall over and over and over again.

I just kept slamming her head into the brick wall until blood and brain matter was dripping down the brick down to the floor. And then I jolted and realized I was still at the foot of my bed and I looked over to the brick wall. Of course nothing was there. I’m panting like a sick dog and shallow breaths. I was so scared because what I saw in my vision was so real. I saw myself like step out of my body calmly and kill this woman who I was frightened of. I was like a cornered animal and I came out and attacked. And that was an experience that really happened. Excuse me. I used that in Breaking Bad when I felt I got so angry at Mike I could kill him. I could kill someone else. Why? How? How is that possible? Well I had this experience in my life and I knew that even the meekest person among us if pressured, if given the set of circumstances that were dire could become extremely dangerous. That’s where Walter White went. He became extremely dangerous to himself, to others because of a condition that he was in. He felt he was forced into a certain place that he had to defend himself like Ava, like me in my bedroom cowering, frightened out of my mind to the point where I envisioned this murder. And it made me realize how desperate human beings could become. The best thing I could say out of it is that I was able to use it in sort of a therapeutic way in my art to be able to express myself so I don’t harbor these feelings. I purge them. So that’s real.

How Exploring Our Universe Opens New Conceptions of Reality