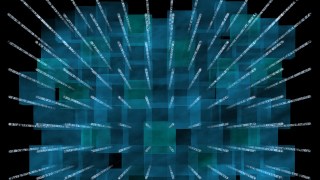 Our smartphones and other gadgets are just "the warm up acts" of the second machine age.
▸
5 min
—
with
Andrew McAfee

According to McAfee, today’s high-tech advances “are not the crowning achievements of the second machine age.” Our smartphones and other gadgets are just “the warm up acts – we ain’t seen nothing yet. And the innovations and advances that are going to come over the next few years, over the next decade, are going to continue to just blow us away.”

Andrew McAfee: This age is characterized by just astonishing technological progress.  By the appearance every day of examples of science fiction become reality - driverless cars.  It’s important to keep in mind George Jetson actually drove his vehicle to work every day.  So in this case we’re actually outstripping some examples of science fiction.  We’ve got smart phones that talk back to us.  It’s kind of like the computer on Star Trek that would figure out what Kirk wanted and give it to him.  We’ve got the world Jeopardy champion no longer a human being – it’s a computer these days.

So in area after area – autonomous vehicles, natural language processing, humanoid robotics, speech synthesis, unstructured search – we’re seeing examples of science fiction becoming reality after decades of slow, steady, really uninspiring incremental progress in a lot of these areas.  The achievements we’re seeing now remind me a lot of Hemingway’s wonderful quote about how a person goes broke.  He says it’s gradually and then suddenly.  So, for me, the second machine age is the sudden period that we’re in right now where we’ve got these continuous examples of science fiction becoming reality.

And from all the technology geeks that I’ve talked to, the very clear message that I keep hearing is all that stuff that you’re seeing today – these are not the crowning achievements of the second machine age.  These are the warm up acts – we ain’t seen nothing yet.  And the innovations and advances that are going to come over the next few years, over the next decade, are gonna continue to just blow us away.

So why are we seeing all this progress just in the past few years.  And there are three main reasons for it in our view.  The first is the relentlessness and the accumulation of Moore’s Law.  It’s to the point now where the smart phones that we’re carrying around are honestly about as powerful as the supercomputers of a generation ago.  And they’re even more impressive because they’ve got touch screens and GPS receivers and Wi-Fi transponders and cellular telephone receivers and accelerometers and compasses built into them.

They’re just jam packed. They’re these astonishing collections of digital technology all of which are made possible by the steady improvement captured by Moore’s Law.  The fact that digital devices tend to get about twice as good for the same dollar every 18 months.  After that doubling has been going on for long enough a difference in degree really does become a difference in kind.  We find ourselves in a new machine age.  The second reason is related to the first.  It’s that a lot of these devices are putting out massive amounts of data.  So we do find ourself in a big data world.  It’s not that the quantities of data are five times bigger or ten times bigger in order of magnitude more than we’re used to seeing.  They’re literally thousands or millions of times greater than we’ve seen in the past.

My favorite cute example of that is the fact that in 2012 Cisco released a report.  They looked at all the traffic going across their routers around the world and they measured it in zettabytes.  Now we only have one prefix left in the existing metric system before we run out of metric system to describe how much data there is in the world.  We’ve got the yottabyte.  After that we flat run out.  So, of course, the digital geeks are aware of this and they’ve got a working group on it.  The candidate they’ve proposed is the hellabyte.  So we’re gonna head into the hellabyte era before too much longer.

The third leg of the tripod for why we’re in the second machine age now is a view of innovation.  And in this view innovations are not things that get used up and therefore we don’t benefit from them anymore.  Every innovation becomes a building block for subsequent innovations.  A great example there – the internal combustion engine has been with us for over a century.  We’ve wrung a lot of the efficiency out of it.  We’ve got millions – hundreds of millions of cars around the world.  So you think – okay, we’ve got the automotive revolution.  Well, stick a bunch of sensors on that, combine it with a bunch of map data and other big data from those sensors.  Apply some pretty serious computational muscle to it and suddenly we’ve now got cars that can drive themselves.  And they can do it on roads, in traffic, not a lab demonstration, out there in the real world.

I’ve had the chance to ride in a Google completely autonomous car.  It is an astonishing experience until it becomes boring because the car is such a good driver that by the end of the ride I felt like I was riding on the monorail that takes you from your gate to the terminal at the airport. We’re gonna continue to see improvement in these kinds of things and we’re gonna continue to convert science fiction into reality.

Directed / Produced by Jonathan Fowler and Dillon Fitton
Up Next