Gro Harlem Brundtland was the youngest person and the first woman ever to hold the office of prime minister in Norway. With two other periods as prime minister from 1986[…]
Go to Profile 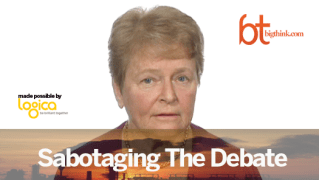 Question: To this day, there are people who do not accept that we are influencing the environment on a planetary scale. Why do you think there are still people who hold out on this question?

Gro Harlem Brundtland: Well, you know, in a way it is surprising that it has been possible for strong influential sectors, or even companies or groups of companies to make such an impact in undermining or countering the scientific evidence that has been mounting. So, a lot of effort has gone in to try to undermine reality. Now why is it being listened to? This is hard to understand, but the fact of the matter is that a lot of resources, a lot of thinking and a lot of money has gone into trying to influence the world in a negative way. And this is, well we have the same issue with the tobacco companies if we go back -- well it's not over, but at least it became clear to many that the tobacco companies in fact were misbehaving, lying to the U.S. Congress and putting a lot of effort into undermining public health efforts. So, I think we have an aspect of this also with regard to climate change.
Recorded on February 26, 2010
Up Next