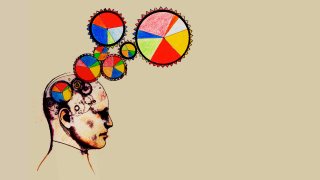 Want to Be More Optimistic? Consider the Triumph of Human Reason

Yale psychologist Paul Bloom has views on empathy, emotion, and rationality that make him a black sheep among his peers.
▸
4 min
—
with
Paul Bloom

For once, an optimistic worldview is the one sparking controversy. Paul Bloom thinks humans are not prisoners to their emotions, but have great capacity for rationality and reason. This makes him an anomaly among his fellow psychologists, and philosophers and neuroscientists, who often argue that we’re fundamentally and profoundly irrational. Paul Bloom is the author of Against Empathy: The Case for Rational Compassion.

This video is part of a collaborative series with the Hope & Optimism initiative, which supports interdisciplinary academic research into significant questions that remain under-explored. The three-year initiative will provide over $2 million for philosophers, philosophers of religion, and social scientists to generate original, high-quality, collaborative research on topics related to optimism and hopefulness. Discover the public components of the Hope & Optimism project, and how you can contribute, at hopeoptimism.com.

Paul Bloom: In some way my book is an optimistic book, because I argue about all of our limitations and how empathy leads us astray. But in order to make that argument we also have to have an appreciation of we’re smart enough to realize that empathy could lead us astray and that we’re smart enough to act so as to override its pernicious effects. So it’s empathy that causes me to favor somebody who looks like me over somebody who doesn’t. Or somebody from my country or ethnicity over a stranger. But it’s rationality that leads me to say hey, that’s not reasonable. There’s no reason to do it. It’s not fair. It’s not impartial. And so we should try to override empathy.

My outlook is very optimistic. I’m a huge fan of reason and rationality—that we can work together and deliberate and talk and argue, and through this come with some great accomplishments.

So what I argue is that we have the capacity for rationality and reason. This is actually fairly controversial. In my field my fellow psychologists, philosophers, neuroscientists often argue that we’re prisoners of the emotions, that we’re fundamentally and profoundly irrational, and that reason plays very little role in our every day lives.
Which is to say, well, determinism of a sort is true. What we do, how we act, how we think is the product of events that have started a very long time ago plus physical law. We are physical creatures. We can’t escape from causality so we’ll just continue doing what we’re doing.

One of the main goals of my work is to argue against that. I think that notions of moral responsibility can be reconciled with determinism. I think determinism is correct, but none of that challenges rationality. And as an illustration you could imagine a computer that’s entirely determined but is also entirely rational. You could imagine another computer that’s entirely determined but is capricious and arbitrary and random. And so, even in a deterministic universe, the question remains: what sort of computer are we? Are we emotional creatures or are we rational creatures? But there is nothing, not the slightest bit of inconsistency between the claim that we live in a determined universe and that we’re rational reasoning creatures.

I think it’s worked with science. Science is that paradigmatic case where the exercise of reason by these imperfect people has come out with extraordinary discoveries, from the origin of the universe to the origin of life, the atomic structure of material objects… Amazing things.

And I think we could do the same thing with morality. I think people can argue and deliberate about morality. Now whenever I say this and whenever I talk about empathy I always get a cynical response and a cynical response is I think reasonable enough which is to say well that’s not how it works in a real world. I was reminded recently that we’re supposed to live in a post-fact world right now. In the real world people are persuaded by whoever yells the loudest, whoever appeals to their self-interests, whoever tweaks their emotions, including empathy. And I honestly don’t doubt that that’s right in the short term. I think that in any case if I wanted to persuade somebody to go to war against Syria, to give money to this cause, to expel that group from my country, I would appeal to their emotions. And anybody who appeals to their emotions would be much more successful than those who attempt to make a rational deliberate argument.

But I think in the long run over time, reason and rationality tends to win out. I look at the world we’re in now, and for all of its many flaws and problems I see signs of those moral accomplishments all over the place. I think we care more for people we had forgotten about, that we have a broader moral circle, as Peter Singer would say. We are less prone to killing each other, as Steve Pinker has demonstrated in his work. And there’s a lot of explanation for these changes, but I think one key component has been exercise of reason, and I’m optimistic we’ll continue this in the future.

How a Former Google Lab Plans to Disrupt the Ownership Economy