Ari Shaffir is a stand-up comedian, podcaster and actor who describes his comedy as a puppet show, but way filthier and without the puppets. He grew up orthodox Jewish, spent[…]
Go to Profile 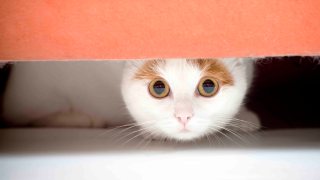 Overcome the Fear of Failure: Invite the Fear in without Letting It Rule You

Fear of failure is a real thing, and so are the ways of overcoming it. Comedian Ari Shaffir names ways of understanding fear, accepting it, and inviting it into your experience—all as a way to succeed.
▸
7 min
—
with
Ari Shaffir

Fear of failure is a real thing, and so are the ways of overcoming it. Comedian Ari Shaffir names ways of understanding fear, accepting it, and inviting it into your experience—all as a way to succeed.

ARI SHAFFIR: It’s almost—the worst thing you can do in almost any experience is have too much expectations. You can have thoughts of how it might be going to go, but then if it doesn’t what are you going to do?

Like Tiger Woods used to have this thing where he’d close his eyes, I think some sports therapist told him to close your eyes and imagine a perfect shot like your perfect backswing hitting it perfectly landing on the green four feet from the cup. And he would do that, imagine and then go and do it. That’s his expectation. But sometimes he’d shank one into the high grass and he can’t just go, “Well I thought I’d be on the green.” He’d be like “It’s a new moment, I’m in the high grass, and I’ve got to figure out a way to fucking get out of that over the sand with water behind it and hit this new shot.” You can have expectations but don’t stick to them.

Stage fright is a real thing. It’s debilitating to some people. Liz Phair, I think, she never toured because she had stage fright, which was too bad. She was great. She’s a musician. Maybe it’s a bad example. But I used to be really frightened.

My first time onstage I had to do like two shots, guzzle a beer and then sip another beer just to get my hands down to like that from that. It’s a real thing. I know some people have taken beta-blockers, they’ve taken pills to like get rid of that fear. I think with experience you just get over it.

I had a time at the DC Improv where I was coming out from backstage and I threw up in my mouth and I had to fucking swallow it back down. It was like, “This next guy, he’s originally from—“, as they’re saying that it was like “Please welcome…”

I had to go out there like that. And I wasn’t expecting it but that was real. I don’t know what happened I just got nervous. And then there was a time where I went home to do some like job-job, so I was maybe a year, two years into comedy, went home to do this job, came back and was—I haven’t thought about this in a while, I was overcome by fright. I couldn’t get back onstage. I couldn’t to do it.

I would drive from my apartment in West L.A. 30 minutes toward The Comedy Store; find parking; get out of my car; walk to The Comedy Store (because you get an employee spot every week and I was an employee so you get your three minutes and it was the highlight of your week). And I would park; go in; turn around, get back into my car, and go home without getting onstage.

Remember Lost when he said how he dealt with fear when he gave himself five seconds to let the fear in and then—not the last two years of Lost but the first five good years.

So what I did was—that was going to be the end for me. If I can’t go onstage I can’t be a comic, so what I did was I told myself like “Do something where it’s going to go bad, where you know that ahead of time. Because like what’s the worst that can happen?” that kind of thing. If you tell somebody ask that girl out what’s the worst that can happen? She’ll say no and you’re like yeah but there’s like a bigger fear. And then once you’ve asked a girl out enough times, excuse me a woman, out enough times and you’ve gotten rejected a bunch of times you’re like “Oh that's not that big a deal.” What’s she going to say? “I have a boyfriend” or “I don't really want to”? It's like okay it's like a little piece of “that didn't feel good” and then it's fine, but experience gives you that.

Like this can’t go well, so like it’s not going to affect me if it doesn’t because I’m trying to tank it, but then I could get onstage, I could feel what it’s like in front of the crowd. I actually got a couple laughs, just off like shrugs and stuff and how ridiculous it was. And it was the fucking open mic so it was like the bar wasn’t set too high. And then after that I was able to get back onstage again. I was like “That’s the worst? I can handle the worst, so now let me go.”

It turns out the worst is worse than that. The worst is when you bomb and when you bomb in front of someone you’re trying to impress. That’s the worst. But that didn’t come until way later so I had a hide by then. But that’s one method I did. I went into it like “Let’s suck just to do it. You’ve got to get over it.” I don’t know, it sucks but you’ve got to get over it.

I wouldn’t necessarily suggest people do that, but it worked for me. I heard this story of who is the guy from Jaws and Close Encounters of the Third Kind? Richard Dreyfuss. I heard he would go into audition in Hollywood and they would sit down and be like we’re calling you in and he goes, “Oh no I actually don't want to do this.”

And Spielberg I guess caught wind of it it was like “who is this guy turning down parts all over Hollywood? What the fuck. These are high-level parts.”

And I don’t know how much of this is just like truth or just stories but eventually he gave him a part that he wanted. Now you can’t do that now because if you did that you’re casting director would call your agent and be like “why are you sending me people to waste my time? Don’t send that guy in.” And then your agent would call you and say “hey what the fuck man just say you don’t want to do the audition. Don’t fucking go and waste people’s time.” And it would never work. It worked for Richard Dreyfuss in that era at that time. It wouldn’t work for anybody else. It would get you in trouble now.

Figure out a way to get back onstage because once you do it a few times you’ll get over it.

Unless it’s like a clinical thing. I don’t know about clinical like stage fright, that might be worse than what I’m talking about. But if it’s normal stage fright get over it.