Neuroscience is working to conquer some of the human body's cruelest conditions: Paralysis, brain disease, and schizophrenia.

Susan Hockfield
Susan Hockfield is a neuroscientist based at the Massachusetts Institute of Technology. From 2004 to 2012, she served as the 16th president of the university. Hockfield was the first woman, and the first life scientist, to lead the institute. Prior to MIT, she worked at Yale University, where she served in myriad capacities. Among them, the William Edward Gilbert Professor of Neurobiology, Dean of the Graduate School of Arts and Sciences, and Provost.
24 May, 2019

SUSAN HOCKFIELD: One issue that I think haunts all of us is enabling the disabled. How can we make it possible for people who have lost the ability to use their limbs -- either by amputation or by stroke -- how do we give them a better life? How do we make their lives more enjoyable, give them greater mobility? One of my colleagues -- going back to my early days as a neuroscientist -- John Donoghue, has been fascinated in how the part of our brain that controls movements works. It's called the motor cortex, part of the cerebral cortex; it's located just about here. And we have known for many, many, many years that signals from the nerve cells in that part of the brain drive motions. If I want to reach out my arm to grab a glass of water, it's signals from the motor cortex that send their information down the spinal cord in our back and then out to the limbs. If you've had a spinal cord injury or a stroke, those connections are interrupted. But John Donoghue understood that just because the connections were interrupted didn't mean that the motor cortex wasn't working. And he resolved to figure out a way to pick up the signals from the motor cortex and translate them into either a robotic arm or an individual's own arm by connecting to another set of electronics that could drive the muscles in the arm of someone who was paralyzed.

He and his colleagues have invented an intracortical brain computer interface; it's a very, very teeny set of electrodes -- it's about the size of a baby aspirin -- that has a hundred very fine wires that can sit in the motor cortex. They pick up the signals from the nerve cells in the motor cortex and relay them to a computer. The computer then decodes the signal and then can send that signal out to a robotic arm or, as I said, through a number of connections back to the individual's own arm and gives that individual the ability, for the first time since their injury, to feed themselves, to grab a cup of coffee and take a sip by themselves. So it gives them a kind of independence they never had.

One of John Donoghue's colleagues, Dr. Leigh Hochberg, who's worked closely with him on these experiments, told me something really quite extraordinary. The whole world of deep brain stimulation, which is related, and it's a world that is related to recording signals from the brain, but also driving brain activity by stimulating electrodes in the brain. And this kind of deep brain stimulation has proved effective for some kinds of epilepsy. It's proved remarkably effective for some individuals with Parkinson's, it has controlled their tremors. And there are a lot of possibilities. The problem with understanding the brain and intervening is there are a billion nerve cells in the brain, and figuring out how each one participates in an activity is a daunting task, to put it mildly. But what these experiments suggest is that we may not need to do a cell by cell analysis. We may not need a cell by cell understanding of the circuitry that drives a particular activity, an activity we want or an activity we don't want. We may be able to operate at the level of ensembles of neurons, and this is what happens when we use deep brain stimulation to control epilepsy or control Parkinson's.

What Dr. Hochberg told me about was his dream, and it is really a quite inspiring dream. Besides epilepsy, there are other diseases that are intermittent. And he suggests that perhaps for something as complicated as schizophrenia, where some of the time an individual who has schizophrenia will be functioning absolutely normally, and then the brain departs from a normal function into an aberrant function, which is manifest in all of the signs and signals of schizophrenia. What he suggests is that we may someday -- and let's hope in the not so distant future -- be able to record from an individual's brain and understand when the signals began to move into the schizophrenic mode and perhaps be able to stimulate the brain to correct that back to the normal mode. 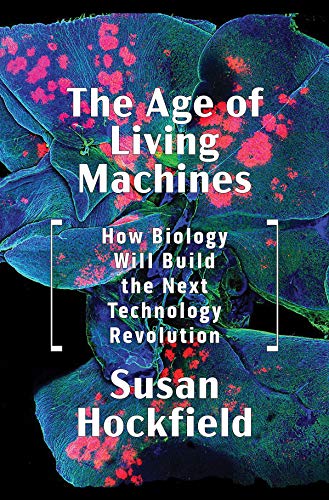 The Age of Living Machines: How Biology Will Build the Next Technology Revolution
List Price: $26.95
New From: $9.00 in Stock
Used From: $13.00 in Stock
From Your Site Articles
Related Articles Around the Web
neuroscience technology brain mind mental health medical research human body future prosthetics engineering