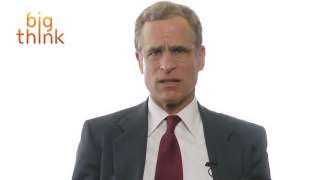 Lonely at the Top

In order not to become isolated, executives need to be proactive, says Professor Robert Steven Kaplan, about seeking feedback and input from the people below them.

Robert Kaplan: Actually, the biggest issue I do find you face as you become a more senior person - have you ever heard the term "lonely at the top?"  Alright, we've all heard the term "lonely at the top."   Well, what does that mean?  Sounds good, kinda laugh about it - "lonely at the top" - not in a very sympathetic way, often, it's said.  Or it's said about the President of the United States sometimes.  But I can tell you, the more senior you become in an organization, there's a few problems that develop.  First of all you don't have that many people above you.  Maybe you don't have anyone above you.  Almost everyone is below you.  So therefore many of the decisions you're ruminating over affect all these people below you.  And you feel like "Boy, I'd love to talk to them about it, but I don't think I can.  You know it involves them.  I think it may not be appropriate.  Yet there's no one above me.  If I don't go out and take proactive steps I could get very isolated where no one is giving me advice."

So what I suggest is to start developing your support group now.  That could be family members.  It could be friends.  It has got to be some people who do observe you, though.  It can't just be family members and friends.  It has got to be people who observe you in action.  So for a senior leader, that's going to be your subordinates.  For a junior person, it could be some of your bosses or senior people in the company.

But my point is - in the spirit of, if you want coaching you've got to go get it - if you're going to go get it, you need to develop a group that gets to know you well enough to give it.  I could go approach a stranger on the street and tell them a story and ask for their advice.  But they don't know me.

I'm saying cultivate this group, which means giving them a chance to get to know you - ideally some of them even get the chance to observe you - so you get feedback so you're not so isolated.  It's when you're isolated that you make poor decisions.  If I've got nobody to talk to and I'm under a lot of pressure and I have to make a tough decision… it's harder, you know.  It's a lot harder.  And I'm probably more likely to make a poor one.

Eric Greitens: Why I Became a Navy SEAL