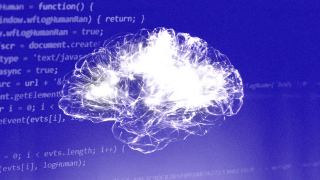 Your brain invents its own code. Can we create an A.I. mind like that?

When it comes to creating minds, cognitive scientist Joscha Bach explains where we are with artificial intelligence, and where we need to be.
▸
3 min
—
with
Joscha Bach

A.I. can perform tricks, but can it truly think? Cognitive scientist Joscha Back explains where we are on the path to artificial general intelligence, and where we need to be. The human mind can invent its own code and create models of arbitrary things—including itself—but we don’t know how to build a mind quite like that just yet. To achieve A.G.I., will programmers have to re-create every single functional mechanism of the human brain? There are many schools of thought, but Bach’s perspective is that the tinkering may not have to be as granular as many assume. Creating a mind may even be simpler (relatively speaking) than creating a single cell. Why? Because the human brain, says Bach, is less like clockwork and more like a cappuccino. “You mix the right ingredients and then you let it percolate and then it forms a particular kind of structure. So I do think, because nature pulls it off pretty well in most of the cases, that even though a brain probably needs more complexity than a cappuccino—dramatically more—it’s going to be much simpler than a very complicated machine like a cell,’ he says. Joscha Bach’s latest book is Principles of Synthetic Intelligence PSI: An Architecture of Motivated Cognition (Oxford Series on Cognitive Models and Architectures)

Joscha Bach: If you look at our current technological systems they are obviously nowhere near where our minds are. They are very different. And one of the biggest questions for me is: What’s the difference between where we are now and where we need to be if we want to build minds—If we want to build systems that are generally intelligent and self-motivated and maybe self-aware? And, of course, the answer to this is 'we don’t know' because if we knew we’d have already done it. But there are basically several perspectives on this. One is our minds as general learning systems that are able to model arbitrary things, including themselves, and if there are this, they probably need a very distinct set of motivations, needs; things that they want to do. I think that humans get their specifics due to their particular needs. We have cognitive and social and physiological needs and they turn us into who we are. Our motivations determine where we put our attention, what we learn and what we actually do in the world—what we model, how we perceive, what we are conscious of. In a similar sense, it might be that it’s sufficient to build a general learning architecture and combine this with a good motivational system.

And we are not there yet in building a general learning architecture. For instance, our minds can learn and create new algorithms that can be used to write code and invent code, programming code for instance, or the rules that you need to build a shop and run that shop if you’re a shopkeeper, which is some kind of programming task in its own right. We don’t know how to build a system that is able to do this yet. It involves, for instance, that we have systems that are able to learn loops and we have some techniques to do this, for instance, a long- and short-term memory and a few other tricks, but they’re nowhere near what people can do so far. And it’s not quite clear how much work needs to be done to extend these systems into what people can do. It could be that it’s very simple. It could be that it’s going to take a lot of research. The dire view, which is more the traditional view, is that human minds have a lot of complexity, that you need to build a lot of functionality into it, like in Minsky's society of mind, to get to all the tricks that people are up to. And if that is the case then it might take a very long time until we have re-created all these different functional mechanisms. But I don’t think that it’s going to be so dire, because our genome is very short and most of that codes for a single cell. Very little of it codes for the brain. And I think a cell is much more complicated than a brain. A brain is probably largely self-organizing and built not like clockwork but like a cappuccino—so you mix the right ingredients and then you let it percolate and then it forms a particular kind of structure. So I do think, because nature pulls it off pretty well in most of the cases, that even though a brain probably needs more complexity than a cappuccino—dramatically more—it’s going to be much simpler than a very complicated machine like a cell.

Breaking the ice: How astronauts overcome their differences aboard the ISS