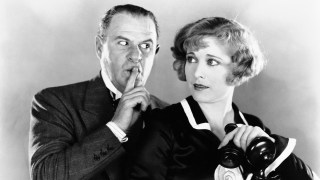 Here’s What Dishonesty Is Really About

Behavioral psychologist Dan Ariely has spent over 10 years researching human dishonesty. What are the different kinds of dishonesty? Why do we tell lies? How can one act of dishonesty escalate further?
▸
4 min
—
with
Dan Ariely

Behavioral psychologist Dan Ariely has spent over 10 years researching human dishonesty. What are the different kinds of dishonesty? Why do we tell lies? How can one act of dishonesty escalate further? In this video, Ariely discusses white lies (lies you tell for other peoples’ benefit), “the subway was late” lies that benefit ourselves, and, further, the lies we juggle when our personal and business lives intersect. If you’re interested in how dishonesty forms in the brain or how one dishonest act can lead to others, check out this video.

Dan Ariely: One of the main streams of my research for the last more than 10 years has been focusing on dishonesty. And dishonesty is really interesting because it’s not just about dishonesty. It’s actually a phenomenon that captures almost all of the human principles of behavior. It’s about selfishness versus generosity. It’s about us versus other people. It’s about rationalization. It really captures a lot of things. And because of this, there are lots of forces that drive dishonesty. But here is one way to start thinking about it. When we grew up, we grew up in a social environment and our parents tried to teach us what is acceptable and not acceptable. And in that environment white lies are certainly acceptable, encouraged. And our parents teach us, you know, as somebody who has a visible disability, you know, I see kids from time to time point at me and say, “Mommy, why is this man has scars.” And the parents often say, “It’s not nice to point. Don’t say that.” Basically, right. So there is a lot of things that we teach kids about how to be polite. And being polite often means not saying the exact truth. We teach them that. So this is white lies, right.

And white lies are not about our benefit. It’s about the benefit of others, right. Then, of course, there are the lies that have our benefit as well. Here in New York, I think the subways is probably blamed for lots of things that they are not responsible for. Probably everybody who was ever late in New York blames the subway for some reason, right. They don’t say, "Oh, you know, I know we had a meeting. I was just – I couldn’t care really about getting here on time. I don’t care so much about you waiting for me so I left like..." You don’t say that, right. You say, "I left on time it’s just the subway, you wouldn’t believe what happened." Those are not lies for other people. It’s true that they don’t offend other people, but they help you as well. And then there are lies that are more and more selfish over time. But the interesting thing is that we learn to lie in the social realm and then when we move to the business world, all of a sudden we’re not supposed to lie. But can we make this transition? It turns out its very hard to make this transition and it’s very hard to make this transition especially when your social circle and business circles are overlapping. I think a lot about students at the university. Their social cycle which is — circle — which is their friends on campus and the people they work with, the people that they collaborate and do papers with and so on are the same people. The overlap is almost perfect.

Can we expect them to say oh, this is a social realm. It’s okay to be polite. This is a professional realm; let me not. So as those circles overlap it becomes harder and hard to keep honestly and not to be dishonest. The other thing though is that we’ve done lots of things in the lab about dishonesty. We got people to steal money from us and we see when they steal more and when they steal less. But in the last few years, I teamed up with the director and producer Elmer Lamed. And we invited people to come to the studio. People who’ve committed big crimes. And we asked them to tell us their stories of what they’ve done. And we asked them not to say what they did at the end, but to start with the first step. And then talk for hours about how the first step goes to the next step and the next step and the next step and the next step. And what is so interesting about those stories is that all but one of these stories were stories of slippery slopes. There were stories that if you look at the end and you say I can’t imagine doing it. But you look at the first step and you say you know what? I understand the pressures of that particular situation. And I might have acted in the same way as well. So as far as dishonesty goes we’re kind of blinded to the forces that cause us to be dishonest, you know. We look at other people and say oh my goodness, these are awful people. I am really good. But we don’t really understand how precious work on us and how likely we could be to just go down, take one wrong step and then go down the slippery slope just like lots of other people.

Your Country Might Work Better If The Politicians Were Better Paid