How does criticism affect popular culture?

Popularity is slippery, and shouldn't be confused with quality, says critic A.O. Scott.

A. O. Scott joined The New York Times as a film critic in January 2000, and was named a chief critic in 2004. Previously, Mr. Scott had been the lead Sunday book reviewer for Newsday and a frequent contributor to Slate, The New York Review of Books, and many other publications.

Mr. Scott was a finalist for the Pulitzer Prize in Criticism in 2010, the same year he served as co-host (with Michael Phillips of the Chicago Tribune) on the last season of "At the Movies," the syndicated film-reviewing program started by Roger Ebert and Gene Siskel.

A frequent presence on radio and television, Mr. Scott is Distinguished Professor of Film Criticism at Wesleyan University and the author of Better Living Through Criticism (2016, Penguin Press).

A. O. SCOTT: Popularity is a great question; it's just an intriguing question. I think especially now in the kind of consumer capitalist culture where taste and sometimes quality is being measured in dollars and in numbers and in ratings and box office and all of that. And sometimes popularity is just taken to be sufficient kind of judgment. It's like well everybody liked that and that movie made a ton of money. Everybody loved that movie. And sometimes those movies that everybody loved actually turn out to be really good or I think they're really good. Sometimes they're not. But the popularity has a funny way of correcting or reversing itself. It's always fascinating to me how when I was a kid every single person it seemed bought this album, "Frampton Comes Alive". And it was like the biggest selling album. I mean I'm dating myself. I'm a very old person, but it was on vinyl. And then like five years later you could not give a copy of that—like no used record store would take your copy of that in trade and just bins were full of it. Everyone was just like, "What? No." And you see that with popular music; you see that with movies.

I mean a few years ago, Avatar made a billion dollars and everyone was going to see it. It even showed up on the critic's top 10 lists. It was just this frenzy about Avatar and now nobody talks about it. It's not even that people hate it, people just don't care about it. So popularity is a weird and fickle kind of index of things. So it's never identical to quality, although sometimes it coincides with it. And I've been particularly fascinated with how judgments change over time and how things that were very popular fall by the wayside, but also how the opposite happens. How movies or books or paintings or music or whatever that was ignored or mocked or rejected at its own moment resurfaces and comes to seem so wonderful and to have such great value. I mean I write a little bit in the book about "Moby Dick", which is just one of my favorite examples of this. Herman Melville was a best-selling author of nautical adventures and he wrote this big philosophically ambitious novel about a whaling voyage and the critics at the time basically rejected it and it was forgotten. He was forgotten. It completely vanished. By the end of the 19th-century there was one copy of it in a library somewhere that was in like the fishing section of the library. And now everyone who studies American literature reads it and it's sort of, by consensus, one of the great masterpieces of the American literary imagination. How did that happen? What was the critical process?

And that is an example of what criticism is and how it works, both at its worst and its best that criticism it was critics who misjudged this book and cast it aside and said this is impossible; this is 800 pages of like philosophical gobbledygook and there's not really any great whale hunting in here until the very end and cast it aside. And then it was critics also who, so to speak, fished it up out of the deep, out of oblivion and put it back on everybody's shelf. 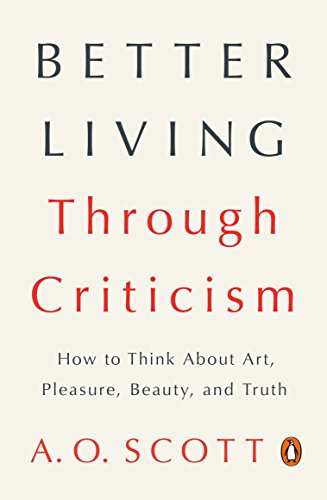