Working for Harvey Weinstein was a 'brutal experience'

In 1998, former New Yorker editor Tina Brown went into business with Harvey Weinstein. That was a colossal mistake.

Tina Brown
Tina Brown is an award-winning journalist, editor, author and founder of the Women in the World summits. Between 1979 and 2017, she was editor-in-chief of Tatler, Vanity Fair, The New Yorker, and authored The Diana Chronicles and The Vanity Fair Diaries. Her podcast “TBD with Tina Brown” is available on Apple podcast.
21 March, 2020

TINA BROWN: Well, in 1998, I left The New Yorker to go and work with Harvey Weinstein as a partner to launch a new magazine called Talk Magazine. Of course, looking back, could I have chosen a worse partner than Harvey Weinstein? But one forgets, what it's easy to forget, is that the Harvey Weinstein I went to work with was the Harvey Weinstein who had just done The English Patient, Shakespeare in Love, My Beautiful Laundrette—all of these wonderful movies where he had done something that I much admired, which is to take quality and actually force it to have the kind of commercial attention that normally quality just simply cannot win for itself. And that, I thought, was a very exciting idea, because having edited The New Yorker and turned it around, I knew how difficult it is to make quality commercial. So that was the appeal of going to work for Harvey.

And of course, the Harvey who asked me to go and work for him, again, was super charming, super persuasive, super full of promises, et cetera.
But within days of going to work with him, I knew I'd made the most colossal mistake, because the Harvey that you saw back at that seedy office in Tribeca was just a completely different human being to the one that was out there being charming and offering you the world. He was such a gross bully. I'd never seen people treated like the way Harvey treated people. I just had never seen it. Because in the end, publishing is quite a gentlemanly profession compared to what I was seeing with Harvey Weinstein. I mean, people could get angry or could get irritated or whatever. I'd never seen people bulled at, profanities shouted, humiliating. I just had never seen it. So I was sort of shell-shocked when I went to some first meetings with Harvey and I saw the way he treated his staff.

Now, he didn't ever sexually harass me. I was not the kind of target that he was interested in. I mean, he liked sort of 22-year-old actresses and so on. So I was just not ever a target. But he did increasingly bully me. And it was very, very unsettling, because I found it both wounding and also just destabilizing. And he knocked me off my game, in a sense, by being so volatile that I never knew what he was going to say when I picked up the phone. And of course, in the end, he just pulled the plug on it as well, which was very, very unsettling and upsetting to me at the time. And it was a brutal experience, quite honestly, to work for Harvey Weinstein—not that I didn't learn things, because I did. Because he is the master promoter. And I saw how good he was at that. But it was at a price that everybody paid that was, of course, not worth it.

Well, what I learned from working with Harvey was, first of all, you had to be very careful who you work for or work with. Honestly, I didn't do enough due diligence at all on the real Harvey. I think if had made six phone calls to people who actually had worked with him, inside his business, I would have not taken that job. Unfortunately, I didn't. I believed the hype, if you like. Or perhaps, I wanted to believe the hype. I don't know. So first of all, you have to be extremely careful who you go to work with.

And secondly, I think that you have to set such strong parameters of what you will and won't take. I mean, if I regret one thing about going to work with Harvey, it was that I just didn't immediately walk out when I saw what it was like. But I'd given up my big job at The New Yorker. I had staked my claim. I was going to start a new company. It was a very hard thing to do. But that is something that I think you have to do. I think you have to say, I've made a colossal mistake coming to work here. And I'm going to just, right now, draw a line in the sand and say that I simply can't take that. But to do that, you have to have the financial security to be willing to do that. And it's an "easier said than done" thing to do.

So most of it, it's about taking care and being very careful who you work with and really check out people's reputation and ask the right questions. It's like, what is he like when things go wrong? Does he have a temper? What is he like about meetings? For instance, one of the things that was so awful as a young mother, which I was at the time, was that he was schedule a meeting for 5 o'clock. And then he'd have you sit there outside his door till 6:30. And then the meeting would go on until 8:00.
And I just refused. That is an area where I just drew a line in the sand. And I did. I said, I have children. I get home to have dinner with them. I am not going to take these meetings.

And one area where I won, was I said, I don't ever take a meeting with Harvey after 3:30 because he's just so incredibly selfish about just making you sit there, which is just part of his power play. And I wasn't going to do it anymore, because my children—that was non-negotiable for me. And I think if I'd done more of that, it might have been better. 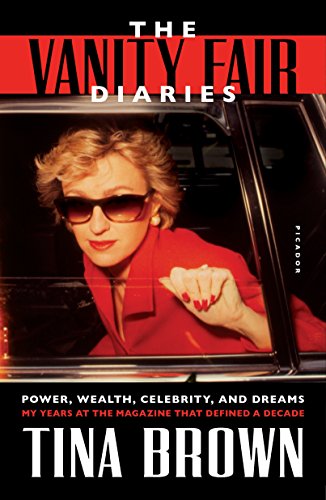