How best to live with grit and grace

Leland Melvin
A former wide receiver for the Detroit Lions, Leland Melvin is an engineer and NASA astronaut. He served on the space shuttle Atlantis as a mission specialist and was named the NASA Associate Administrator for Education in October 2010.
11 April, 2019

Leland Melvin: Grace is a way that you live your life. We all go through life and we have these different journeys and we meander in different ways in and out and ebb and flow, but grace is a way of appreciating the people that are around you, the things that are around you and how you interact with them in a way that's meaningful, that's purposeful, that's intentional. You live it in an intentional way you don't just hey write someone off and just keep moving, everyone has a purpose on this planet and we can learn something from everyone. I mean I learn something every day from my dog. I learned patience. I learn things from people that I would have never of expected to learn something the janitor or whomever it is. And so moving through life in this graceful way of embracing everything around you so.

Sometimes people don't have expectations for you because they see you are from a certain neighborhood or a certain ZIP Code or whatever and you're looked at as this kid, "Well you're never going to be an astronaut because you're from that ZIP Code." And college, the SATs to get you in college only predict the first and second year success, it doesn't predict if you're going to graduate or how well you're going to do past the first and second year. So if we're going to try to build this civilization, future civilization, Mars, moon, wherever we're going to go we want to do it with as many people as we can that have these creative ideas and our diversity. And that means that we've got to make sure that we educate everyone. And I have a graphic that says you have three little boys all standing on a box, they're trying to look at the game. The little boy in the blue shirt he can't see the game because he's too short, that's equality. But justice is when you have what you need. When he gets two boxes he can see the game. One of the kids doesn't even need a box, but he gets a box anyway. So let's not be equal, let's give justice and give you what you need so that you can see the game. 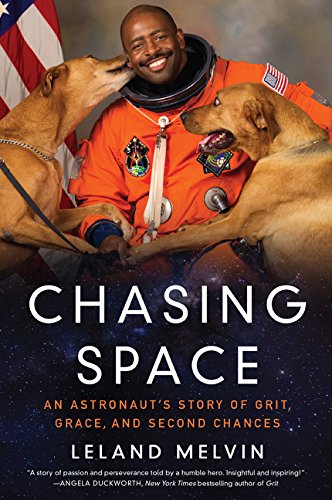