Bruce Finley is a Senior Partner and the Director of Global Workplace Communication at Mercer.
Go to Profile 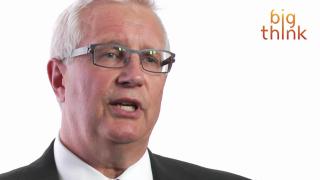 Drowning in Benefit Choices? How Businesses Can Restore the Balance

Employers don’t want to patronize employees by making all of their benefits decisions for them, he says, but they can go a long way toward helping workers to understand their options.

BruceFinley: Choice is widespread in employee benefits.  Some countries are further along in moving to a choice-related program than others.  Some countries have benefit programs that are state-supported, so, for example, in the U.S. where we have a pretty complicated medical system; employees have to make more choices in choosing their medical or health-related benefits than they do in many other parts of the world.

So sometimes it’s driven by the competitive environment, the tradition in countries and even what states are providing in terms of choices, but, in general, more choices are being made available to people.  That’s because of the competitive pressures that companies face to provide a good program of benefits that are competitive for their industry, competitive to what they’ve done in the past, but also makes their cost structure able for them to compete with global companies that may not have the same benefit structures.

If we look back at history, we know that we sometimes leaned over too far in the choice area.  So if you were to think about 401(k) plans 20 years ago, there were so many fund options and brokerage accounts and wide areas for employees to invest in.  And we found, number one, that they didn’t take advantage of them very often, and secondly, when they do . . . did . . . they were often confused and they didn’t sometimes make the right choices.  So I think most organizations are struggling with the amount of flexibility and support that they can give employees but still trying to make it as simple as possible.

There’s a balance between steering people or beginning to take responsibility for the choices but providing the right amount of information.  Employers are . . . don’t want to pick an employee’s, let’s say, investment options or even the plan options because that has to really be the individual’s choice.  What they want to do is provide enough information to make those choices relatively simple

Prioritizing the choices is important.  So, we’re seeing more of that in the way employers communicate.

1.  So for example, participating in a 401(k) plan is number one, right?  So if you don’t participate, you don’t have to worry about any other choices.  So getting people to participate and ranking that as an order.

2.  The next one might be consistent asset allocation, so, making sure that you’re in some balance of investments so that you get a good return over time.

3.  And then maybe even encouraging people not to make too many choices.  So for example, once you’re in a good scheme and things are working for you, good times or bad economically, stay with it.  One of the downsides of choice is that we sometimes get emotional when it comes to world situations.  And of course we all know that.  I mean, we went through a financial crisis a couple of years ago, and a lot of people made decisions about their investments that didn’t work out in the long run.  So they, for example, pulled out of their 401(k)’s. . . . Stick with it.  Once you’ve got a good program, prioritize those decisions and then stick with it.  And a similar thing is true on the healthcare side.  Not everybody’s health or family status changes every year, so once you’re in a good program and it works for you and it works for everybody in your family, stick with it.

Employers, Just Say ‘No’ to the Yes Men (and Women)