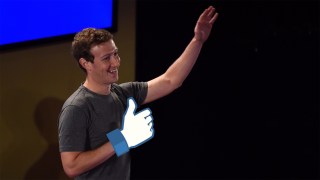 Companies like Facebook no longer depend on traditional economic exchanges to turn profit, so what does this mean for the consumer? When we're not paying money, we're paying in other ways, says Douglas Rushkoff.
▸
6 min
—
with
Douglas Rushkoff

Online businesses were originally measured by how much they sold. Makes sense, right? That’s how economics is taught. But today, the largest online companies depend on an “economy of likes” to make money, says media theorist Douglas Rushkoff. Valuations for companies like Facebook depend largely on their user base, he says, rather than their actual profits. An interesting case in point is Jay-Z’s partnership with Samsung.

When the technology company gave away one million copies of the rapper’s album Magna Carta Holy Grail on users’ phones, paying Jay-Z $5 million, they weren’t really purchasing his music — they were purchasing this fan base (and installing spyware on their phones via the album download). The attraction of this business model to investors is that the ability to measure consumer behavior directly, via spyware or “likes,” is meant to replace traditional modes of advertising. But when everyone is an advertising company, asks Rushkoff, what happens to the real economy?

Indeed companies who are extracting huge profits from society without giving us something tangible in return, like razorblades or bananas, are harming the real economy. Business should benefit society directly, not indirectly, as when billionaires donate their absurd wealth to our schools. That’s a robber baron society. We just want a society.

Douglas Rushkoff:  In the original .com era companies were measured by how much money they made. The idea was that you sold a lot of stuff and took in a lot of cash and that was the way you could get a valuation and then get acquired or do an IPO. Now, consumers don't have money anymore. People are poor. So companies can't really use revenue as a way of showing what they're worth, plus they have no real business plans. So what they do instead is use likes as a metric of their worth. If a company can have a lot of people saying I'd like it, I like it, I like it, then that more ethereal abstract metric, I've got a million likes; I've got 20 million likes, that becomes marketable. So if I want to sell a record and make money and go to a record company or a CD company, I can show look, my song on YouTube has 500,000 likes and the record company or the sponsor will then promote my music, not even because they're going to make money with that music but because then I'm supposed to sell my likes, my views, my followers to their sponsors.

So, a guy like Jay Z comes out with an album through Samsung that he gives away for free because what it really did was installed spyware on people's android phones that could see what they were doing. So what Jay Z was doing was rather than selling his music he was selling his likes. A company like Tumblr had no revenue but they had lots of likes and users who all clicked on each other stuff, they had those phantom metrics. And with that they were able to sell themselves for a billion dollars. This year Yahoo is taking Tumblr, the billion dollars, as a loss. They're writing the whole thing off because they didn't buy a company, they bought likes. But this is the new economy that we're in. It's an abstracted absurd essentially meaningless economy.

So that's why we don't really use revenue anymore in playing this out. The bottom layer of the Ponzi scheme, which is what we're in now, where these companies are still trying to get shareholder value and IPOs on Wall Street, this bottom layer is made up completely of likes. It's made up not of the revenue that the companies make but the amount of likes, the amount of traffic, the amount of data they can show. But if your company's endgame is what they call a big data play that oh the data we collect is going to be so valuable, you've all ready lost. Everybody is collecting data. The one thing that there is a glut of is data. So that's not what you want to be trying to collect right now.

The problem is most business people, whether they're in investment baking or whether they're the hungry little startup people, they are so oblivious to the operating system beneath their technologies that they end up really driving their businesses off cliffs. And all I'm asking people to do, especially if they're programmers, especially if they're developers, to look and say wait a minute, what am I optimizing my business for? Am I optimizing it for the extraction of value from people and places, which is a losing proposition? Or am I optimizing it to promote the circulation of value between people and places, which is a winner's game? The whole point of a digitally distributed economy is that it's networked; it's distributed. You don't redistribute the spoils after-the-fact. You don't say oh I've made too much money; I'm going to give back 90 percent of it now before I die into all the schools and things I think need it. No, that means you've had and extractive silly sick business, which let you get hundreds of billions of dollars but killed your marketplaces, destroyed public areas, destroyed the planet.

There are three factors of production. Adam Smith, everyone's known this: land, labor and capital. In the current VC driven technology startup marketplace, the only one of those three that we value is capital. The VC makes all the decisions and land and labor are left out of the equation. That's why we have zillions of unemployed people and why we're destroying the planet. It's really simple. Where if we include land at labor the places where we do our business and the people through whom we do our business. If we include them in the value equation all of a sudden business is positive rather than a net negative on our society.

True Meditation Is the Science of Observing Your Thoughts