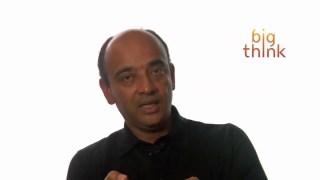 Can Individuals Spark a Moral Revolution?

Individuals like William Wilberforce of the abolitionism movement or Kang Youwei of the anti-foot-binding movement helped sway public opinion to a tipping point at which society’s perception reversed.

We think rightly of William Wilberforce as a crucial figure in abolitionism in Europe, in Britain, in beginning to articulate clearly and forcefully the arguments against the wickedness of the slave trade. Those people do their work in part by creating organizations; organizations of people who commit themselves to the new norm.  The anti-foot-binding societies in China are very important in this.  They commit themselves to the new norm.  When you joined one of those societies, you said, “I won’t bind the feet of my daughters and I won’t let me sons marry women whose feet are bound.”   You sort of double deal.  And if you are a woman, you said, “I will unbind my own feet.”  You commit yourself to the new practice.

Abolitionists joined societies where they committed themselves not just to not having slaves, but, for example, in the case of Britain, to not consuming sugar because sugar was produced through slave plantations and hundreds of thousands of people in England in the late 18th Century stopped using sugar, which was just beginning to be an important consumer product, because they associated it with slavery.

So if you create organizations which commit themselves to implementing the norm, not just as a norm of morality, but as a norm, as a convention of everyday life, as it were, as something you are going to live by, then you can be one of the key figures in... if you create such institutions, you can begin one of these revolutions.  And I think that in all of these sorts of cases—there was an anti-dueling society in England—in all of these cases it is very important to get people organized around the new norm and it’s kind of exciting to be in those societies because of the thing I said earlier, which is that you can see that you’re on the right side because other people, the people who are engaging in the old norm, the norm you’re challenging, already know in their hearts, in part of their hearts at least, that what they’re doing is objectionable in some way, that it’s causing unnecessary pain, that It’d denying people things they are entitled to, that it’s crazy in the case of dueling; it’s just irrational because of course, in a duel, who wins doesn’t depend on who’s right.

Well it’s crazy to have a practice that’s supposed to put something to right where who wins doesn’t depend on who’s right.  Everybody knew this was crazy, and yet, nevertheless, they went ahead with it anyway.

So, you can begin one of these processes, you can help to begin one of these processes I think by articulating clearly the sort of arguments and getting them connected with dishonor as opposed with honor and by organizing groups of people who are committed to the new norm.  And if we think about people who are important in these processes, like Kang Youwei, who was a  important figure in the Chinese anti-foot binding movement, or like Wilberforce is an important figure in abolition, or like the Duke of Wellington who joined the anti-dueling society, these people are partly important because of their role in these organizations.