Most of us like to suppose that we are rational people, going about our days with at least some attempt at using logic and reason. However, logical fallacies and simple mistakes are everywhere. Some wrong ways of thinking are so familiar or so easy to overlook that it is possible you’re unaware that there is even a mistake being made.

Here are ten logical fallacies and mistakes you make every day that cause life to be a little more difficult, and how you can avoid making those mistakes again.

When you flip a coin nine times in a row, can you use the results to predict what will happen the tenth time? While many people might try to say “tails has been on a streak” or “heads is overdue,” neither of these past events has any effect on the next outcome. Both outcomes still have a 50-50 chance of happening on the next flip. The results of the next coin toss cannot be affected by the results of the last.

Instead of viewing probabilities in the long run, such as the idea that the coin has to have 50 heads and 50 tails results in a set of 100, or that a roulette wheel must hit all numbers at the same rate over a long enough time, look at each bet as separate from all others. The odds never change as a result of the last outcome for a fixed odds, random system.

The Appeal to Authority 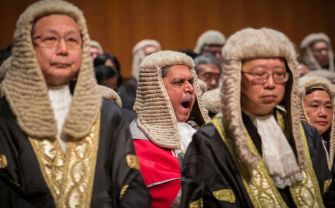 Authority figures, but only on law.

Can something be true just because I say it is? Of course not. If your mechanic tells you that you need an oil change, is that true? It probably is. The appeal to authority is one of the subtler fallacies, but one that can still be overcome. Nothing is true just because an authority figure says it is. Instead, something is correct, and the authority figure has determined that fact by using their expertise on the subject.

Determining if the person you are talking to is trying to use raw, irrelevant authority to persuade you or if they actually are an expert on the subject is essential. The difficulty in saying that an authority figure is wrong was studied in the Milgram Experiment. However, it is rarely considered a good excuse to say you were just doing what you were told.

We’ve all either heard or made this argument. We must do either A or B, and since A is not what we want then we must do B. However, very often we are facing a false dilemma. A situation where we have more than two choices and are being railroaded into thinking we don’t.

When it seems you only have two choices, always make sure there are actually only two options. If a person starts a sentence with the phrase, “The choice is simple,” know they are probably about to introduce a false dilemma. 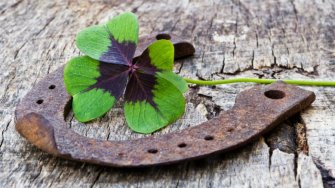 Good luck charms, the most common form of this fallacy.

Many people tend to see patterns where they don’t exist. This fallacy is when you connect two unrelated events and presume one caused the other. For example, when you flip on a light switch and hear a crash in the next room. Did flipping the switch cause the noise? No, but we often still try to connect events with no relationship. This fallacy is often the basis for good luck charms. “I brought my rabbit’s foot with me, and it went well!” you might hear. But, it does not follow that the rabbit’s foot caused the outcome.

Remember that coincidences sometimes happen and that sometimes two unrelated events can occur in a way to make them look related. Likewise, remember that one incident seeming to cause another wouldn’t prove a relationship anyway; you would need many more tests to demonstrate that. 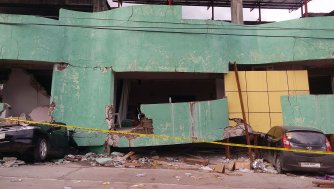 The building has collapsed, but do you know why?

This mistake is so easy to make that there can be no doubt that nearly everyone has done it. It is so similar to a valid form of thinking that the mistake can slip right past us.

While it is correct to argue this way:

However, this is not correct:

For example, saying “If the cornerstone is removed from the building it will fall over” is fine. But if we see the building has collapsed, it is still possible that another event caused it. The cornerstone might never have moved.

If-then thinking is beneficial and a useful tool, but always be sure that your thinking is going in the right direction. The cause can be used to predict the effect, but the result cannot be used to prove what the cause was. You need more evidence for that. 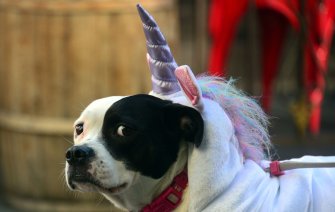 If you believe it hard enough, is this dog really a unicorn?

Can the statement, “Well, it’s true for me,” ever be correct? It can, but you must use it carefully. While some statements are fully relative, like “I think cilantro tastes horrible,” others are fully objective, like “Unicorns do not exist.” While it makes sense for a person to say that cilantro tastes terrible to them, it doesn’t work to say that unicorns are real for one person and not the next. The existence or non-existence of unicorns is an objective fact not influenced by any belief in that fact.

While some truths, such as ideas on what tastes good, are relative, others, such as what the capital of Canada is, are not. Before you either argue or listen to an argument that somebody is entitled to their own truth, first ask if the fact in question is one that can be relative. If that fact cannot be made true just by believing in it, then they this fallacy may be present. 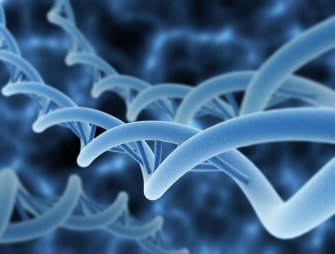 If I am made up of DNA, am I a double helix?

If one thing comes from another, do they have to share traits? This might seem like a convenient bias to have. However, do redwood trees seem to have much in common with their seeds? The genetic fallacy is the assumption that anything with an origin in one thing is highly likely to share traits.

This one is easy to do by accident, but also simple to overcome with a little extra thinking. Remember that things need not have the same traits as their origin. Think of the Volkswagen company; it was founded by the Nazi labor front. Does that make it a Nazi company now? Of course not, we would have to examine its present merits by themselves to determine that. The best thing to do for this fallacy is to try to examine why a thing has the traits it has without using its origin as an end-all answer. 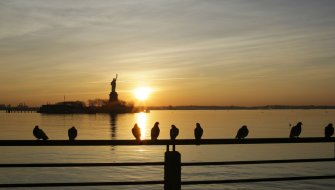 Will the sun always come up? It always has!

The sun came up today, does that mean it will come up tomorrow? David Hume showed us in 1748 that inductive arguments can never give us certainty, only probabilities and useful generalizations. The fact that apples always have fallen to the earth doesn’t mean it will forever continue to happen. It is simply probable. Here’s another example: “Harold is a grandfather. Harold is bald. Therefore, all grandfathers are bald.” Inductive thinking makes a broad and highly probably generalization from specific information, but it is assumption, not certainty.

While you don’t need to worry about the sun taking a day off tomorrow, it’s not because it has never failed to rise. Inductive reasoning can’t prove things, but it can be used to help find the best explanation for things. These reasons are better to use in arguments as to why an event will or will not happen than just saying that it has always happened before. 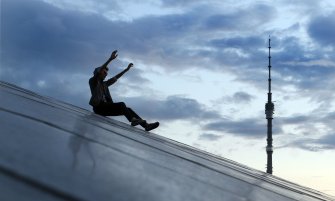 This fallacy is a common one. You have undoubtedly heard somebody say that taking action A is a slippery slope to taking action B, and B is horrible. They argue that we shouldn’t take action A because it will, inevitably, lead us to take action B. But is that true? Generally speaking, no.

Now, slippery slope arguments can be good ones if it can be proved that the slope exists. If you can show that taking action A will inevitably lead to me taking action B then you have a good argument. However, most of the time people fail to demonstrate that inevitability.

If you are making the argument, be sure to demonstrate that action A concretely leads to action B. Simply saying “It could happen” doesn’t count. You have to either prove it or show that it is much more likely to happen by action A taking place. If you are listening to the argument, always make sure that claimed connections between events are there. 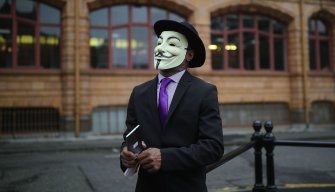 Identical objects share all of the same properties. This rule, called Leibnitz’s law, seems simple enough to understand. However, it is very easy to misuse this concept to make bad arguments.

This argument is correct:

Therefore: A is not B.

However, you can’t plug in just any property into the argument and have it work. Think about this one:

The Joker believes that Batman beat him up.

The Joker does not believe that Bruce Wayne beat him up.

Therefore: Batman is not Bruce Wayne.

When you are identifying a person, object, or idea be sure to check that the properties you are looking for are non-relative ones.

“All moments past, present, and future, always have existed, always will exist.”
Up Next

Your brain activity can reveal who your friends are