Here’s a new version of an old argument for the existence of God. It’s called the “nomological argument,” after the Greek nomos or “law,” because it’s based on laws of nature.

Suppose that you receive five consecutive royal flushes in a game of poker. What explains this? You could have received them by chance, but that seems unlikely. A better explanation is that someone has arranged the decks in your favor.

Similarly, we can ask for an explanation of why nature is full of regularities, such as that planets have elliptical orbits and that oppositely charged particles attract. As with your sequence of hands, these regularities could be the result of chance, but that seems unlikely. A better explanation is that something is responsible for them. But what?

Regularities: The nomological argument for the existence of God 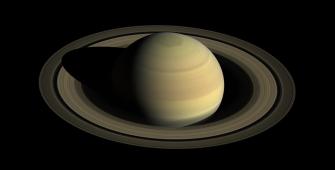 According to the nomological argument, the best explanation of regularities involves a supernatural personal being, God. It’s not necessary for God to have all the attributes of a theistic or Biblical god — namely, omnipotence, omniscience, and moral perfection — but only that God is an intelligent beingwith the power to control whether nature exhibits regularities. In other words, this argument holds that regularities in nature are analogous to your winning poker hands.

To begin, why does the best explanation of your sequence of royal flushes involve a person? Well, we can think of pragmatic, aesthetic, and even moral reasons why a person might want to impose order on decks of cards. A pragmatic reason is about self-interest: someone might impose order on the deck of cards because they want you to win some money. An aesthetic reason is about elegance or beauty: royal flushes might just look nice. And maybe a moral reason could be that you deserve to win.

Similarly, we can think of pragmatic, aesthetic, and even moral reasons why God might want to impose regularities on nature: notably, most of the valuable things we know of (such as happiness, love, rationality, knowledge, or meaningfully free choices) cannot be realized in worlds without regularities. And since God is a person, we have reason to think that God might have moral and aesthetic preferences. Indeed, this would be so even if God were evil or had poor taste, since almost any moral and aesthetic states of affairs require some degree of regularity. As a result, if you knew that a personal being was about to create a world, you wouldn’t be unreasonable in anticipating regularities, even if you knew nothing else about that being.

At this point, someone might object as follows: Do we really need to invoke God? Doesn’t Occam’s Razor say we should prefer a simpler explanation or not posit this extra, unnecessary thing? Well, positing God doesn’t really commit us to much more than other explanations of regularity would; they too would posit additional entities.

For example, suppose we try to posit laws of nature to explain regularities instead of God. We all have some idea of what a law of nature is supposed to be: Newton’s laws of motion, the law that nothing can travel faster than the speed of light, or the ideal gas laws. Scientists posit laws such as these to explain things all the time. However, scientists typically assume that there are regularities, and they try to determine which ones are the most significant, important, or fundamental. When they’ve found one, they call it a “law of nature.” In their role as scientists, they don’t try to explain why there are fundamental laws of nature in the first place. So if we want to explain why there are regularities as opposed to irregularities — indeed, if we want to explain why science is possible at all — we have to do some philosophy. If we were going to explain regularities by positing laws, we’d first have to say what a law is.

This appeal to God has some important explanatory virtues and that, as a result, it deserves serious consideration as an explanation of why there are regularities.

There are philosophical accounts of laws that do not involve God, but those that attempt to explain regularities all do so by positing extra entities, too. These involve exotic things such as Platonic universals, Aristotelian natural kind essences, or other sorts of primitive necessities. As far as Occam’s Razor is concerned, that’s no better than positing God.

Moreover, these competing theories face a different problem. Positing mindless laws of nature with no ultimate explanation just seems to push the problem back. Now we have yet anotherinteresting phenomenon to explain. Why did the laws that just randomly happened to exist generate regularities, which are only a relatively tiny portion of the possible set of events? To return to our analogy, it wouldn’t be satisfying to say that you got five royal flushes in a row because some mindless law just happened to guarantee that result. (Why wasn’t there a different law, one that generated any one of the octillions of other possible sequences instead? Just a huge coincidence?) In any case, we say a lot more in our journal article about why other explanations, such as alternative philosophical accounts of the nature of laws, don’t do a great job of explaining regularities.

One might worry that positing God pushes the problem back in exactly the same way: What explains the existence of God? Well, everyone has to posit something, and we can always ask for an explanation of those things. Because positing God is relatively modest, we think it’s more or less on the same footing as positing anything else — maybe no philosophical theory can really explain its fundamental entities. However, positing God answers a difficult question that other accounts don’t: namely, why are there regularities as opposed to irregularities? To posit nothing, or pure, random chance, is modest but doesn’t do a good job of explaining: random chance doesn’t explain the five royal flushes. To posit some mindless explanation that just happened, coincidentally, to give us something as complex and consistent as a regularity does a good job of explaining but isn’t really modest: your poker opponent would be very skeptical if you posited something as complex and coincidental as that as an explanation of your five royal flushes. (For those familiar with Bayesian reasoning, we’re arguing that “God” strikes the best balance between prior probability of the explanation and likelihood of the phenomenon to be explained.) As a result, it doesn’t merely push back the specific problem that concerns us. 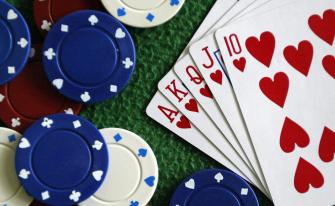 Another objection might be that we’ve just posited a “God of the gaps” — simply positing God ad hoc when there’s some gap in our knowledge. However, we haven’t argued, “We don’t know why laws of nature exist, and therefore, God did it.” Instead, we’ve argued as follows: We know why God would create regularities, but we don’t know why random chance or some mindless law would. And recall, the version of God we’ve described — simply a person with the power to control whether there are regularities — is relatively modest. Therefore, God provides a pretty good explanation of these regularities.

We’ll mention one last objection. Proponents of a multiverse might say that regularity isn’t surprising, because the probability that at least one universe exhibits regularity is high. Some proponents of a multiverse are motivated by scientific considerations. However, since the relevant scientific theories (inflation, string theory, many-worlds interpretations of quantum mechanics) posit underlying regularities that generate and maintain the multiverse, we can simply ask what explains those regularities. Other proponents of a multiverse are motivated by philosophical considerations — for example, that we should posit a plurality of possible worlds to make sense of our concepts of possibility and necessity. This might be a good reason to posit possible worlds, but it doesn’t really explain regularities in our world. After all, you wouldn’t find your sequence of royal flushes any less surprising upon learning that poker is a very popular game.

One last disclaimer: Philosophy can be really hard. We don’t claim to provide a proof, or even an especially strong argument, for the existence of God. Instead, we merely claim that this appeal to God has some important explanatory virtues and that, as a result, it deserves serious consideration as an explanation of why there are regularities.

Though modest, this conclusion is noteworthy. As we alluded to above, scientific practice requires regularities. By providing a philosophical explanation of regularities, we are trying to explain why science is possible in the first place. Relatedly, many Early Modern philosophers thought that scientific investigation of the natural world allowed us insight into the mind of God. If God’s relation to the laws of nature might be as we’ve suggested, theists should have a very positive attitude towards the sciences. Likewise, those who prefer naturalistic or atheistic accounts should at least be open-minded about the relationship between science and religion. This is not a new lesson, but it provides a further illustration of the fact that, while there may be no role for God or other supernatural entities in scientific explanations, this does not mean that science itself is necessarily at odds with religious belief.

The journal article on which this essay is based is:

Tyler Hildebrand and Thomas Metcalf, “The Nomological Argument for the Existence of God.” Noûs. DOI 10.1111/nous.12364 (available on EarlyView)

For a book length defense of a divine explanation of regularities, see:

For an introduction to the metaphysics of laws of nature, see:

For more on multiverse-style objections to design arguments, see:

For readers interested in the role of God philosophical accounts of laws in the Early Modern period, see:

Tags
GodLawsphilosophyreligionscience
In this article
GodLawsphilosophyreligionscience
Related
Thinking
Why you should laugh at yourself, according to Seneca and Nietzsche
“It is more human to laugh at life than to lament it.”
13.8
Why the origin of life and the Universe itself might be forever unknowable
There might be a hard limit to our knowledge of the Universe.
Thinking
Bonhoeffer’s “theory of stupidity”: We have more to fear from stupid people than evil ones
Evil is easy to identify and fight against; not so with stupidity.
Thinking
Can’t move on? Here’s what the Buddhist idea of anattā teaches about letting go
Give yourself (and others) a break.
Thinking
Physics is in crisis. Quantum cosmology can save it and point us toward the theory of everything
“Once quantum mechanics is applied to the entire cosmos, it uncovers a three-thousand-year-old idea.”
Up Next
Starts With A Bang
5 Ways To Explore A Planet That Surpass Martian Helicopters
Ingenuity is remarkable. But these 5 exploration ideas are revolutionary.Telescopes are our initial tools for revealing and studying foreign worlds.Hubble images of Mars, particularly around the regions with clouds and […]