When I was young, my older brother contracted an illness that keeps all East coast hypochondriacs up at night: Lyme disease. The tick-borne sickness, easily recognized by its distinctive bullseye rash, causes muscle and joint pain, fever, headaches, neurological problems — among them, cognitive decline, facial twitches — and difficulty with coordination. Fortunately, my brother was treated quickly and suffered no long-term effects. Some, however, believe that people like my brother should never have caught Lyme disease in the first place. These individuals argue that the rise in Lyme disease in recent times is entirely the fault of the U.S. government, the product of an experiment in biological warfare gone horribly awry. 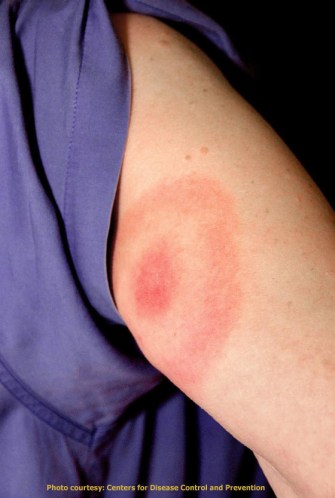 Among these believers is Rep. Christopher Smith of (R–NJ), who introduced an amendment that would require the Inspector General of the Department of Defense to conduct “a review of whether the Department of Defense experimented with ticks and other insects regarding use as a biological weapon between the years of 1950 and 1975” and “whether any ticks or insects used in such experiment were released outside of any laboratory by accident or” — ominously — “experiment design.”

Cases of Lyme disease have more than doubled between 1997 and 2017, with nearly 30,000 cases in 2017. However, the CDC believes this number underrepresents the actual number of Lyme disease cases. Estimates using new methods claim that about 300,000 people get Lyme disease in the U.S. each year.

The disease was first characterized in the early ’80s, but this fledging conspiracy theory posits that the illness had been inserted into ticks much earlier in government labs in Plum Island, New York, and Fort Detrick, Maryland.

Smith cited his inspiration for the amendment as “a number of books and articles,” but it’s likely that his primary source was a book by science writer Kris Newby titled Bitten: The Secret History of Lyme Disease and Biological Weapons, which describes the disease as “an American Chernobyl.”

Could the theory be true?

The theory contends that the weaponization of ticks occurred during the U.S. bioweapons program during the Cold War and that some of the weaponized ticks escaped or were deliberately released. That this program existed is a matter of historical record. At one point, the U.S. and the Soviet Union had enough bioweapons, reportedly, to kill everyone on Earth.

If the theory is true, it wouldn’t be the first time that the U.S. government exposed its civilians to deadly disease: In 1950, the U.S. military sprayed San Francisco with the Serratia marcescens bacteria to determine how vulnerable the city would be to a biological attack. The idea here was that S. marcescens was not very dangerous — though at least one death has been attributed to the experiment, which was conducted without the San Franciscans’ consent or knowledge. In 1951, the military exposed a group of mostly African American workers at the Norfolk Supply Center to Aspergillus fumigatus spores to see if they were more vulnerable to infection than other ethnicities, again, without their consent or knowledge. These were part of the 239 secret, open-air tests of biological warfare that the U.S. conducted on its own citizens during the Cold War.

Newby’s book claims that Willy Burgdorfer, the discoverer of the bacteria responsible for Lyme disease (Borrelia burgdorferi), was tasked with breeding various insects and ticks and infecting them with disease-causing pathogens. Burgdorfer did indeed work as a bioweapons researcher, though whether his work actually involved the tasks described in Newby’s book remains to be reckoned.

Is the conspiracy too farfetched?

Lyme disease is caused by the Borrelia burgdorferi and Borrelia mayonii bacteria, but these bacteria have been around for a long time. Research suggests that they existed in North America for thousands of years before Europeans colonized the continent. Even the famous 5,3000-year-old frozen mummy nicknamed Ötzi had traces of B. burgdorferi DNA. Ancient fossilized ticks have been found to carry ancestors of the bacteria. More damning is the fact that Lyme-causing bacteria were detected in preserved ticks dating back 1884.

So, it’s clear that the U.S. government did not create Lyme-infected ticks as a weapon. This doesn’t preclude the possibility that research was carried out on making ticks more infectious or on testing them as vectors for other diseases.

The idea of weaponized ticks created and accidentally or intentionally released by the U.S. government isn’t as far-fetched as it might sound initially, but it’s still reasonable to remain skeptical. In addition to skepticism, though, is also the hope that the government wouldn’t have done such a clearly irresponsible thing. Hopefully, Representative Smith’s amendment won’t uncover anything so damning.

The inside of the Xenon1T experiment, which houses closer to 3 actual tonnes of liquid Xenon. (Enrico Sacchetti.) Hunting for dark matter, neutrinos, and other elusive signals isn’t just a […]