For many people, joining the military is a way to lift oneself out of poverty, find better opportunities, and get a shot at a better life. It can provide a way to pay for the exorbitant cost of college, job training, a sense of discipline and purpose, all in exchange for a few years of following orders, risking one’s life, and potentially taking others’.

It’s a tradeoff, to be sure, one that not everybody is comfortable with. But for those with the aptitude and the desire, it might be a tradeoff worth taking. The problem in that last sentence, however, is that desire and aptitude don’t always go hand in hand. Sometimes, both are absent entirely. That certainly was the case with Project 100,000. 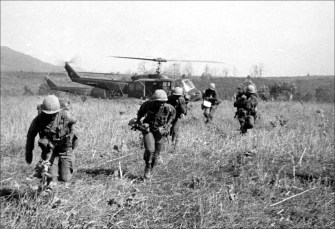 American soldiers get off helicopters during the operation “Double eagle” against a Vietcong position at Bon Son, south Vietnam, 07 March 1966.

Cruelly nicknamed McNamara’s Morons, Project 100,000 was an initiative started under—you guessed it—Robert McNamara during the Vietnam War. In this project, over 320,000 men were either drafted or volunteered for service, nearly all of whom failed the Armed Forces Qualification Test, which is used to determine basic eligibility for military service.

Ostensibly, the project’s goals were to combat poverty. Lyndon B. Johnson had recently begun his War on Poverty program. Thanks to the G.I. bill and other veterans’ programs, military service can be a great way to get out of poverty. But this was a nice bonus to the project’s other purpose: The Vietnam War needed more men, and lowering recruitment standards was one way to get them.

Although about half were volunteers, the other half was drafted, and neither group had any business being in a war zone. The Armed Forces Qualification Test evaluated a variety of domains, all of which were geared toward assessing somebody’s eligibility for service. As a result, Project 100,000 brought men to the war who were ill-equipped in different ways.

Some had physical impairments, some were over- or under-weight, and, most troublingly, many had low mental aptitude—often to the point of being mentally handicapped. Many were illiterate. Since this was an experiment, a small cadre of soldiers were also admitted under the program to act as controls: these were “normal” soldiers. 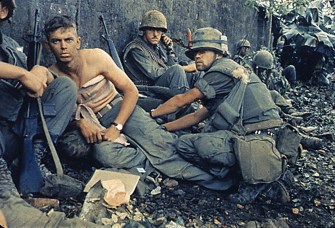 The reasons for these differences aren’t entirely clear: it could be the trauma of war, the lack of access to social programs available in civilian life that weren’t available in military life, the possibility that they would have otherwise gone on to complete high school and college—any number of explanations can be offered. But this does show that the ostensible purpose of Project 100,000 was completely invalidated. Offering ineligible soldiers a pass in order to give them a leg up out of poverty through the military did not work.

A review of Robert McNamara’s In Retrospect: The Tragedy and Lessons of Vietnam published in the Washington Post quoted Herb DeBose, a first lieutenant who served in the Vietnam War. He summed up Project 100,000 thusly:

I saw [Robert McNamara] when he resigned from the World Bank, crying about the poor children of the world. But if he did not cry at all for any of those men he took in under Project 100,000 then he really doesn’t know what crying is all about. Many under me weren’t even on a fifth-grade level… I found out they could not read… no skills before, no skills after. The army was supposed to teach them a trade in something—only they didn’t.

Does America Really Respect Its Military Men and Women?

Tags
asiabraindeathhistorymilitarypolicypoliticswar
In this article
asiabraindeathhistorymilitarypolicypoliticswar
Related
Strange Maps
The horrors of World War II air war, in one stark map
This graph shows how badly German cities were hit by Allied bombing raids.
The Well
Can we condition ourselves to be heroes?
Neuroscientist Robert Sapolsky on the science of temptation, and the limitations of your brain’s frontal cortex.
▸
6 min
—
with
Robert M Sapolsky
High Culture
Why are flood myths so common in stories from ancient cultures around the world?
Could the prevalence of flood myths around the world tell us something about early human migration or even the way our brains work?
The Past
The Wild West was lawless and chaotic — and the police helped keep it that way
Lawmen and outlaws were often the same people.
Thinking
6 great philosophers and how they used their political power
Most philosophers merely contemplate the world, but what about the ones who actually tried to change it?
Up Next
Hard Science
We are heading for a New Cretaceous, not for a new normal
The climate change we’re witnessing is more dramatic than we might think.