What is the difference between sexual assault and sexual harassment?

Sexual assault is classified as any type of sexual activity (including rape) that happens without your consent. Sexual harassment is defined as behavior that is characterized by the making of unwelcome and inappropriate sexual remarks or physical advances.

How common is sexual harassment? 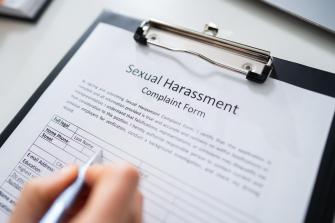 “Sexual harassment is pervasive and causes significant harm, yet far too many women cannot access fairness, justice, and legal protection, leaving them susceptible to further victimization and harm within the legal system,” study co-author Cheryl Kaiser, Ph.D., of the University of Washington said in a statement.

According to Kaiser, sexual harassment claims were deemed less credible (and the harassment was perceived as less psychologically harmful) when it targeted a victim who was less attractive and/or did not act according to the stereotype of a typical woman.

The final two experiments in this study found that sexual harassment claims were often viewed as less credible when the victim adhered less to the typical female stereotype.

“Our findings demonstrate that non-stereotypical women who are sexually harassed may be vulnerable to unjust and discriminatory treatment when they seek legal recourse,” co-author Bryn Bandt-Law, a doctoral student at the University of Washington, explained in an interview. “If women’s nonconformity to feminine stereotypes biases perceptions of their credibility and harm caused by harassment, as our results suggest, it could prevent non-stereotypical women who are sexually harassed from receiving the civil rights protections afforded to them by law.”

**If you or someone you know has experienced sexual harassment or assault, contact the National Sexual Assault Telephone Hotline at 800-656-4673. You are not alone.**

Tags
compassionCurrent Eventsemotionsfearmenmental healthpsychologyptsdrelationshipsSexsexual violencesociologyviolencewomen
In this article
compassionCurrent Eventsemotionsfearmenmental healthpsychologyptsdrelationshipsSexsexual violencesociologyviolencewomen
Related
Sponsored
What childhood “money story” is shaping your financial behaviors?
Here are the signs that you inherited “money anxiety” from your parents.
Neuropsych
The most common source of awe might surprise you
It’s us.
How to fix your money trauma
Do you remember feeling “money shame” for the first time?
▸
7 min
—
with
Dr. Brad Klontz
Neuropsych
Psychology studies that go viral are likelier to be bogus
A new 20-year analysis of over 14,000 psychology studies finds that a study’s media coverage is negatively linked to its replicability.
The Present
Radical idea: Redraw the U.S. map as a nation of city-states
While cities drive national economic growth, their political geography means they cannot effectively deal with inequality, poverty, and other socioeconomic problems.
Up Next
Strange Maps
Here’s the view from humanity’s furthest spacecraft
Already 14 billion miles from the Sun, Voyager 1 is speeding away at 38,000 mph.