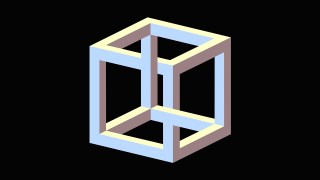 Why the Best Scientists Are Open Minded

Primatologists and praying farmers show us why it takes a flexible brain, and many perspectives, to unlock truly groundbreaking science.
▸
8 min
—
with
Philip Kitcher

Define science. It seems like a simple request, but it’s been the cause of debate for philosophy over the years. “There are all sorts of things that go under the name of science,” says Philip Kitcher, as he runs through the various branches of science, both obvious (physics, chemistry) and not (detective work, economics). All use different tools, and deal with different matter, so much so that finding a common denominator is difficult. The only thing these distant disciplines seem to share is the scientific method—a way of thinking, reasoning, and testing ideas. This is something we all participate in, whether knowingly or not, when we are confronted with problems we need to overcome: why is the sink leaking, and where did I leave my keys? It makes the question of what is science and what isn’t it hard to delineate. There is also a second defining feature of science, but this one is not always put into practice as it should: open mindedness. Historically, science has been closed off to people outside of a certain class: Western, affluent gentlemen (as per the Royal Society of science’s stipulations). But as society becomes more open, broader perspectives are coming into the mix, and they remind us of why the best scientists possess flexible minds, capable of seeing beyond the limits of their own experience. Kitcher takes two examples—female primatologists who transformed our understanding of primates in the 1960s, and Balinese farmers who outsmarted Western engineers through prayer—as evidence for why we make greater breakthroughs when our minds are wide open. Discovery in science, it seems, is in direct proportion to diversity. Philip Kitcher is the co-author of The Seasons Alter:How to Save Our Planet in Six Acts.

Philip Kitcher: So is there a way to define science and separate it from other things? Philosophers for a very long time have been quite dubious about this possibility and I think that’s right—right to be dubious. There are all sorts of things that go under the name of science. There are the natural sciences, there are the social sciences, there are also various applied sciences.

It’s not really very easy to find anything that all of those things have in common with one another that isn’t relatively banal and also common to many of our everyday activities. So we start off thinking about, of course, things like physics and chemistry and biology and earth science and so forth, but then there are also the social sciences, the human sciences, various branches of psychology, economics and so forth. But it’s easy to forget that there are also sciences that do rather specific things, like the kinds of scientific investigations people undertake when they try to restore old works of art or the kinds of research that people take when they try to figure out whether a particular document from the past is a new manuscript by a famous author.

So there are lots and lots of scientific studies and they shade over into relatively familiar things like detective work, and those shade over into the kinds of things that we do when we’re trying to solve quite practical problems in our own lives, when we’re trying to figure out what goes wrong with the plumbing or where we’ve left something. So it’s very, very hard, I think, to say that there’s something distinctive about science that doesn’t also apply to lots and lots and lots of other activities.

There are certainly some ways of criticizing scientific practice, some of which I’ve made myself. But I want to begin with some very familiar ones. I mean some people will say that the science that was produced throughout much of the history of science was distorted because it was produced by a certain class of people. The Royal Society famously wanted its members to be “gentlemen, free and unconfined.” They didn’t like having tradespeople in because they might have a pecuniary interest that would lead them not to respect the truth. And they didn’t let women in until after the Second World War! And actually letting women scientists in makes a big difference, and has made a big difference, to certain areas of science.

The study of our primate relatives, for example, was enormously transformed in the '60s and '70s as a bunch of women primatologists really started to do very serious research and changed our views about all sorts of things. I mean there was this old view that there were these dominant males and all the action was about how the dominant males got to be dominant and how they treated other males and all the rest of it.

And after women began to look very, very carefully at other features of primate societies they discovered that all sorts of things were going on because of the females influencing the mating patterns, and the females would make friends with males that they thought would be helpful and supportive, and this whole view of the sort of hyperaggressive primate beating his chest was completely deflated in favor of all kinds of subtle strategies pursued by both sexes. And that was a complete transformation in our understanding of primate behavior. It’s a wonderful thing to look back and see what a difference people like Jane Goodall, Dian Fossey, Shirley Strum and others have made. So there’s a very, very clear case.

And I think those kinds of critiques need to be taken seriously. The one that I think is the most striking is the water temples of Bali. This is a very famous example in which Western scientists tried very, very hard to replicate the strategies that the Balinese had for assigning water to the fields and the terraces where it was needed.Now the best Western scientific efforts failed to do as well as the Balinese system, which was dependent on a system of water temples which people would go and engage in rites to the various gods.Now on the face of it that looks like a huge strange result. These guys are pursuing a religious agricultural policy and they’re doing better than these extremely sophisticated Western scientists and engineers.

When you actually look more closely you can see what’s going on. The problems that the two sides are pursuing and solving are actually rather different. What the Western scientists wanted to do is to set up a foolproof system that would operate in the absence of any kind of social interaction to send the water where it was needed when it was needed. And they failed in that.

What the Balinese do is congregate periodically at the various temples and talk to one another. And, of course, the talking to one another is really what’s doing the trick, not the gods' blessing on the water courses. They change the ways in which the water is distributed according to the needs and the needs are expressed in social interaction.

So what you have here is two different kinds of systems. And the problem at the end of the day is that the scientists were trying to do something much more ambitious. They were trying to get a solution that would work in the absence of human interactions. And what the Balinese have gotten very good at is systematizing human interaction so they can know where to turn the taps on and where to turn the taps off, basically.

But what runs through all of this is a kind of systematic way of reasoning through issues. Thinking hard about things. Thinking what the possibilities are. Testing them out. And in that sense you might say there’s a core that consists in the scientific method, but it’s not something that’s just practiced by physicists or biologists. It’s practiced by lots of us, a lot of the time, in our everyday lives when we face and try to overcome problems that confront us.

Do humans have free will, or are we programmed by society?