Social norms help keep people’s ugliest inclinations at bay. Racists and homophobes tend to refrain from acting on their prejudices publicly because they know they’d be punished by society in one way or another — they might lose a job, be ostracized from friends and family, or even face legal consequences.

But the power of social norms seems to crumble in situations where people feel empowered to act on their prejudices because they have plausible deniability. 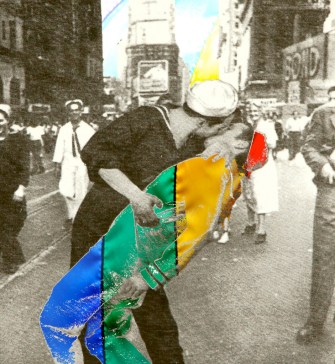 William Cox, a social psychologist at the University of Wisconsin-Madison, and his colleagues conducted a study on prejudice-based aggression using 166 undergraduate students as participants.

The students played a game against an opponent in another room, and the winner of each round would shock the loser. Researchers gave participants one of two identity-related statements that described their opponent: “I am gay” or “I like shopping.” What participants didn’t know, however, was that there was no opponent in the other room, and researchers had rigged the results of the game. 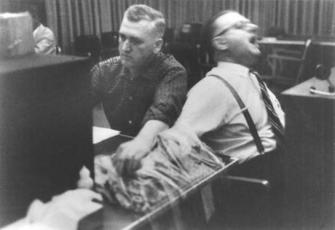 (Photo from the Milgram experiment)

Before playing, students were evaluated for how much they expressed concern for concealing prejudice. Students who expressed little desire to conceal prejudice tended to aggressively shock people in both groups. But something interesting happened to the subset of people who were aware of their prejudices, but wanted to keep them secret. William Cox explains:

As we predicted, these covertly prejudiced people tended to refrain from shocking the man who was confirmed as gay, but delivered extremely high levels of shocks to the man who liked shopping. If they had shocked the first man, people could accuse them of prejudice (“You shocked him because he was gay!”). But if others accused participants of prejudice in the second condition, it could be plausibly denied (“I didn’t think he was gay!”). In other words, stereotyping can give people opportunities to express prejudices without fear of reprisal.

Machine learning is a powerful and imperfect tool that should not go unmonitored.
The Present

Poland has become an increasingly unwelcoming place for the LGBTQ community. Fifty diplomats hope to change that.
Neuropsych

Study analyzes the relationship between pets and their young LGBTQ owners

There are pros and cons to owning a pet as a marginalized individual.
The Present

Gender and sexual minority populations are experiencing rising anxiety and depression rates during the pandemic.
Up Next
Think Again Podcasts

Spontaneous talk on surprise topics. Architecture critic Sarah W. Goldhagen on how the built environment shapes our minds and cultures.