Kory Stamper, a lexicographer at Merriam-Webster, spends all day reading citations and trying to define words like “Monophysite" and “bodice ripper." She has been doing this sort of thing since[…]
Go to Profile 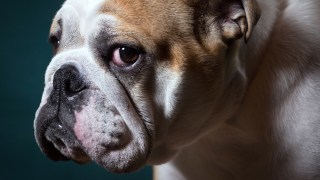 Behind the Secret Struggle to Define the Word “B*tch”

From olde English dogs, to immoral women, to weak men, to irritating women, to its prideful reclaiming, to ownership over a woman (there's a theme here), the word "b*tch" has a long and fascinating history, and it's all stored in the archives of the Merriam-Webster lexicography department.
▸
5 min
—
with
Kory Stamper

Language is an evolving animal. That’s why the world needs lexicographers, to update dictionaries so they reflect the language of the time. This paper trail leaves a fascinating historical record, one that Merriam-Webster lexicographer Kory Stamper decided travel down when tasked with updating the definition of the word “b*tch”. Stamper noticed there was no label in the dictionary that marked the word as a pejorative. It has meant a lot of different things since it first came into use, sometime before the 12th century, as a term for female dog. Stamper runs through the history of the people this term has applied to, its varied uses, and the muted, bureaucratic struggle that kept it from being marked as an offensive term until the 1990s.

Kory Stamper is the author of Word by Word: The Secret Life of Dictionaries.

Kory Stamper: So I was doing some work in our collegiate dictionary, and I was doing some reading in the letter B, and I ran across the entry for “bitch”. And I noticed that the entry for bitch had many meanings but didn’t actually have any labels on it that said those meanings were offensive or vulgar or derogatory, which really surprised me.

So I went through this deep dig through our archives to see why that is. And the word “bitch” was originally used of a female dog, and that goes back all the way into Old English over a thousand years, but by about 1400 it had also come to refer to a lewd woman or an immoral woman. And then shortly thereafter it was also used to refer to a domineering woman or a woman who was like a man.

And you see this really interesting proliferation of meaning for the word bitch in the 1500s, 1600s, and 1700s where “bitch” when applied to a woman is always pretty much negative, and “bitch” is also applied to men at this point. And it’s applied to men in a way that feminizes them.

So gay men were called “bitch” back in the 1600s. And weak and ineffectual men were called “bitch”. So it’s really fascinating as you see this movement through history, and historical dictionaries did say “bitch” was the worst thing that you could possibly call a woman. They ignored all of the uses of men, which is also a really fascinating thing. No one entered those uses for hundreds and hundreds of years in their dictionaries even though they were very common.

So what happened is I really wanted to know why this didn’t have a label on it. So I went through and looked back at our defining history, because we have all that history in the office. And I found that really from about the 1930s onward, there were different editors who argued that we include any sense that refer to men because that was important; that was historical use. And those notes were often rejected, so nothing appeared for a while.

And then in the 60s the person who was in charge of editing the entry for bitch was a woman, and she had included in her notes some strong labels saying that this was an abusive term, and those got dropped. They were dropped for no apparent reason.

So then we come up into the '90s which is when the last big revision to the word bitch was made for our collegiate dictionary, and it gets a usage note that says it’s used as “a generalized term of abuse”. So okay, now we have a usage note there. It’s not the same as saying it’s offensive or vulgar, but we’re heading in the right direction.

And the two times in the modern company history where that was done, it was done at the instance of a woman, someone who had actually lived what it’s like to be called a bitch constantly.

So what’s really fascinating is you see this arc of meaning that is very clearly derogatory. And lexicographers just didn’t, I mean in general didn’t, pick it up for a while. If they entered the word at all they didn’t actually define it. They just said it was a terrible word to call a woman. Or once they started defining it there were enough issues around—there were enough instances of “bitch” used as a reclaimed slur: Women saying, you know, “Well I’m a tough bitch,” which reads like a positive thing.

So it’s this very interesting interplay of: here’s a negative word and everyone sort of knows in their gut that it’s a negative word. You don’t call a woman a bitch. But women are calling themselves bitches, and it’s meant as a compliment to themselves.

So how do lexicographers deal with that, with this idea that slurs get reclaimed? But how do you describe it? And every person has a different reaction to the word bitch and that depends on the context it’s used in, who uses it, what kind of mood they’re in when they hear it, whether it’s directed at them or not, whether they’re using it of someone else. So it’s a really difficult thing as a lexicographer to come up with just a one line definition that covers all of those varied uses.

Copycat or Homage? Why the East Loves Imitating Western Culture