Jeffrey Sachs is is an American economist and co-founder and chief strategist of Millennium Promise Alliance, a nonprofit organization dedicated to ending extreme poverty and hunger. He is also the[…]
Go to Profile 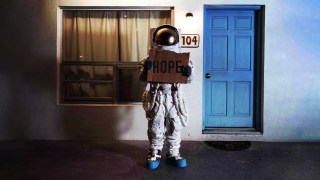 In the summer of 1969, America did the extraordinary. Let’s do it again.
▸
3 min
—
with
Jeffrey Sachs

Optimism, as defined by economist Jeffrey Sachs, is more than just a translucent, faraway wish. It means having bold goals and acting on them—even if you have no plan or existing knowledge of how you’ll get there. The US was once good at this: In May 1961, President Kennedy stood before Congress and announced that the US would land a man on the moon and bring him back safely before the decade was out. In the summer of 1969, that mission was achieved. If American politicians, scientists, engineers and the public could unite for the space race, then the same is unquestionably possible for the urgent humanistic causes of poverty, inequality, and curbing global warming, which will create millions of climate refugees this century. Optimism doesn’t just require vision and determination—it needs a deadline, as JFK showed. By 2030, let’s mobilize our optimism to cut poverty in half in America, and make a decisive move to renewable energy.

This video is part of a collaborative series with the Hope & Optimism initiative, which supports interdisciplinary academic research into significant questions that remain under-explored. The three-year initiative will provide over $2 million for philosophers, philosophers of religion, and social scientists to generate original, high-quality, collaborative research on topics related to optimism and hopefulness. Discover the public components of the Hope & Optimism project, and how you can contribute, at hopeoptimism.com.

Jeffrey Sachs is the author of Building the New American Economy: Smart, Fair, and Sustainable.

Jeffrey Sachs: The best thing society can do was set a bold goal and think about how to achieve it and go for it. I just love that idea of governance. Of course I grew up with it because President Kennedy in my youth said to the congress in 1961, that’s how old I am and I remember those days. He said I believe that America should adopt the goal before this decade is out of landing a man on the moon and returning him safely to the Earth. President Kennedy said we have a big goal, let’s go to the moon and back and let’s do it this decade. And, you know, the engineers and the scientists said that’s pretty cool. And the congress said that’s something good for us to invest in. And within the decade, of course, Neil Armstrong walked on the moon and we had a transformation of space science, of communications technology, of semiconductor capacity, of computation that were all spinoffs of that wonderful adventure. Now I know that when President Kennedy said that there was no plan for how to do it and everything had to be built along the way and everything was learning by doing and everything was boldness and risk taking and putting resources into it. But they had the goal. They had the self-confidence. They had the idea that this great challenge would be an inspiration, would organize our energies and would have fantastic spillovers like global communications, like GPS, like computation, like the semiconductor industry.

So that’s optimism but optimism connected with goals, connected with clear thinking, with rationality, with ways forward, with the boldness to say we can do great things. I believe we absolutely should have such bold goals for our country. By 2030 let’s cut the poverty at least by half. By 2030 let’s cut the inequality in our country decisively so it’s like the northern European countries. Not like this god-awful inequality that we have in the United States. By 2030 let’s move to decisively to renewable energy. These are all achievable goals. If you can land a man on the moon between May 1961 and the summer of 1969 don’t tell me we can’t transform our energy system to save the planet. Of course we can. So this is what optimism is but optimism linked to clear goals, timelines and good rigorous thinking and mobilization of people that can help to lead and can help society to get the job done.