“There will be more attention to climate change when teaching those traditional subjects,” he said. “The idea is that the citizens of the future need to be ready for the climate emergency.” 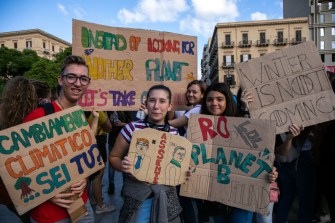 Students, associations and movements, in the streets to demonstrate against climate change during the Friday For Future.

Sustainable development will also be taught in classes such as math, physics, and geography. Fioramonti told Reuters that his ministry is working to put climate science and sustainability at the center of the national education model. 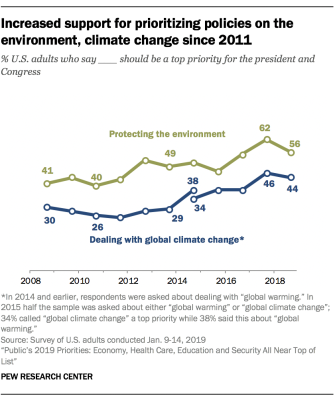 Fioramonti, an economics professor at South Africa’s Pretoria University, said he’ll work with a group of experts — including Jeffrey D. Sachs, director of the Harvard Institute for International Development, and Kate Raworth of Oxford University’s Environmental Change Institute — to help prepare climate curricula. Fioramonti belongs to Italy’s anti-establishment Five Star Movement, which in 2018 became the largest individual political party in parliament. In 2018, he was criticized by conservatives for encouraging students to skip classes to attend climate change protests.

​Climate education in the U.S.

Many public schools in the U.S. teach climate science in some capacity. That’s largely thanks to the Next Generation Science Standards (NGSS), a multi-state effort to raise teaching standards on topics such as evolution and climate change. Since 2013, 19 states have adopted the standards, while some 20 other states have developed similar standards based on “A Framework for K–12 Science Education.” California, meanwhile, has its own California Next Generation Science Standards.

One reason some states haven’t adopted these standards is a lack of federal funding; without these incentives, it’d be difficult for some districts to update curricula. Climate science also remains politically controversial in the U.S., and there are efforts in at least one state to make it easier to teach students that humans aren’t the primary driver of global warming.

Tags
climate changeeducationEuropepoliticsscience
In this article
climate changeeducationEuropepoliticsscience
Related
The Future
How the metaverse will revolutionize K-12 and higher education
Imagine going on a tour through the human circulatory system as a tiny cell. That is just one example of education in the metaverse.
The Learning Curve
The art of asking the right questions
The right questions are those sparked from the joy of discovery.
Thinking
How the liberal arts can save higher education
Computerized, job-focused learning undercuts the true value of higher education. Liberal arts should be our model for the future.
Thinking
Boys are graded more harshly than girls. Why?
Education has a global bias against boys.
Neuropsych
Circadian rhythms: What time is your brain at its cognitive peak?
For college students, it’s the early afternoon.
Up Next
Neuropsych
Meet 5-MeO-DMT, the ‘powerful’ psychedelic that improves depression in one hour
A newly studied hallucinogenic substance has shown signs of treating mental health conditions more efficiently than psilocybin.