Is history just a collection of barely-connected events that recur because humans can’t really learn to do better or does it have an arc that bends towards progress and a better fate for humanity? One action people have taken that makes it seem like we are moving away from barbaric practices are the four Geneva Conventions – a set of international agreements on rules of conduct during wars, including how to treat prisoners of war and medical personnel humanely. The Conventions are also linked to the creation and work of the International Red Cross.

The first Convention was held in Geneva, Switzerland in 1864. Businessman and activist Henry Dunant, who won the first Nobel Peace Prize, is credited with the movement that led to the event. He was largely inspired by witnessing the horror following the Battle of Solferino in 1859, which involved 300,000 soldiers of French and Austrian armies fighting each other in in Northern Italy. Dunant was incredibly moved by the suffering of 40,000 wounded soldiers resulting from the French army’s victory, who were just left on the field because of the absence of adequate facilities, personnel, and agreements that would allow them medical help.

In 1862, he published an account of his impressions called “A Memory of Solferino” (“Un Suouvenir de Solferino”), which called for nations to create trained volunteer relief groups that would treat the wounded on battlefields and provide other humanitarian assistance in war situations. Dunant’s advocacy and influence resulted in the founding of the International Committee of the Red Cross in 1863. 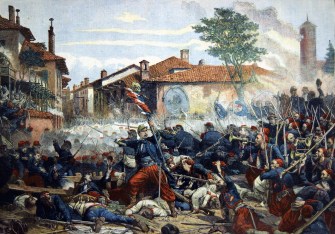 A year later, upon invitation of the Swiss government, sixteen countries sent delegates to Geneva for a conference that resulted in the adoption of the first Geneva Convention which called for “the Amelioration of the Condition of the Wounded in Armies in the Field.”

The agreement, signed by 12 European nations, was relatively basic and asked for the following, as per Britannica: 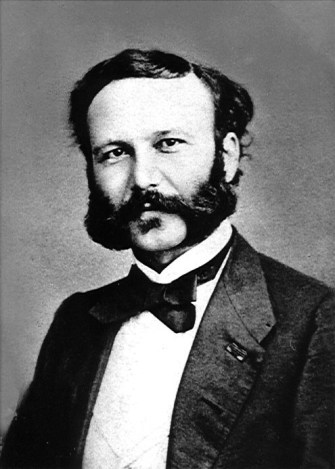 Henry Dunant, Swiss philanthropist and co-founder of the International Committee of the Red Cross ca. 1850-1860.

A second Geneva Convention in 1906 amended and expanded the original, especially with regards to the principle that the sick and wounded have a neutral status on the battlefield. The so-called Hague conventions of 1899 and 1907 carried over the same principle to maritime warfare and the Navy.

The third convention in 1929 related specifically to POWs. It made it a requirement for the warring parties to treat prisoners of war with humanity, provide information about them, and allow representatives from neutral states to officially visit prison camps.

After that, two of the worst wars ever to happen on this planet took place, rife with horrendous abuses of all written and unspoken agreements. In reaction, the fourth Geneva Convention of 1949 restated the principles of the agreements, protecting medical personnel, fighting civilians, banning torture, as well as laying out new rules for the safety of the wounded or shipwrecked in the naval forces. It also safeguarded hospital ships. 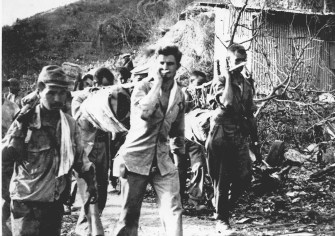 American prisoners of war carry their wounded and sick as they begin the Death March on Bataan in April of 1942, during which thousands died. (AP Photo/U.S. Army)

Two additional “protocols” were added to the Conventions in 1977. Protocol I gave more protection to civilians, journalists and military workers during armed conflicts.

In the years since, have the Geneva Conventions been successful? Certainly, the world has seen no shortage of regional armed conflicts and terrible abuses. But more than 190 states have become signatories to the 1949 conventions. 174 are on board with Protocol I, and 168 signed on to Protocol II (with the United States being a notable absentee in both cases).

Addition international organizations have arisen as a result of the influence of the Geneva Conventions – war crime tribunals and the International Criminal Court. The Conventions helped create boundaries for acceptable behavior in the international community, ultimately containing brutality.

Geopolitics is not a magic 8-ball. But making financial decisions — such as those regarding retirement — in a multipolar world without geopolitics is akin to flying blind in a storm.
The Past

Was there an intelligent, technologically advanced species long before humans existed? Could there have been a dinosaur civilization?
Up Next
The Present

And you thought red-light cameras were bad…