Many of the world’s museums are closed due to the COVID-19 pandemic, but now you don’t need to leave the couch to see some of the creatures on display at institutions like Moscow’s State Darwin Museum and London’s Natural History Museum. Google’s Arts & Culture app just added a suite of new exhibits that can be viewed in augmented reality through your smartphone.

After installing the app on an ARCore-supported Android device, an iPhone, or an iPad, users can project the creatures onto any surface, take photos and videos, change their size, and move them around the room.

One of the strangest new exhibits is the Cambropachycope, a tiny crustacean from the Cambrian Period that has one of the world’s oldest preserved compound eyes. Here’s a look: 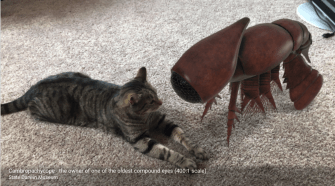 Other animals on display include:

Google’s new AR exhibits also include a handful of NASA artifacts, like the Apollo 11 command module and Neil Armstrong’s A-7L spacesuit, and also a statue of Lanzón, the pre-Inca “smiling god”. 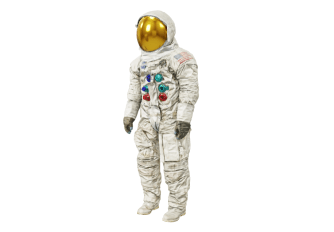 Not into NASA artifacts or strange fish? You can also use the Arts & Culture app to project onto your walls paintings like Frida Kahlo’s self portraits, Gustav Klimt’s “The Kiss,” Rembrandt’s “Night Watch,” and Johannes Vermeer’s complete works.

The first human that isn’t an Earthling could be in our lifetime.
▸
5 min
—
with
Robert Curbeam
Health

Social media isn’t the majority – it’s the vocal fringe.
▸
with
Todd Rose
Up Next
Life

Study identifies animal species that may be susceptible to coronavirus

On the list of animals at risk are several endangered species.