Megan Phelps-Roper grew up in the Westboro Baptist Church. At the tender age of five, she joined her parents on Westboro’s now notorious picket lines. She held up signs reading ‘God Hates Fags’ to protest the funerals of homosexual men. She thanked God for dead soldiers at the funerals of Afghanistan war veterans. In 2009, she took the church’s vitriol online and began tweeting for the congregation.

If one organization seemed primed to be deplatformed online, it’s Westboro. The church is considered a hate group by the Anti-Defamation League, Southern Poverty Law Center, and others. Its radical opinions seem patently designed to insult those on the left, on the right, and with common decency. Although Phelps-Roper no longer tweets for the church — we’ll return to her story later — the church maintains various Twitter accounts (though others have been suspended.)

How is it that an organization as universally despised as Westboro can maintain an online presence? The answer lays in the United States’ cultural traditions of free expression, and the complex interplay between U.S. laws, public opinion, and online intermediaries attempting to navigate these new digital public spaces. 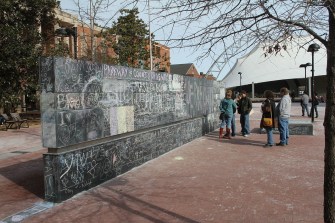 All online content arrives to our screens through intermediaries: ISPs, DNSs, hosts, search engines, social media platforms, to name but a few. Their responsibilities differ when it comes to regulating content, but for simplicity we’ll be considering them as a single group.

The Communications Decency Act (CDA). This law effectively “immunizes platforms from traditional speech torts, such as defamation, and other civil claims.” But platforms lose that protection if they create, edit, or collaborate with users on the content.

Why you should tolerate intolerable ideas

Despite these broad immunities, over-removal of content and speech remains a reality on today’s internet. Size is part of the problem. As Keller notes in her essay, Google received “a few hundred DMCA notices” in 2006. Today, the search engine receives millions per day. Under such a strain, intermediaries can find it difficult to assess the validity of takedown requests.

A Takedown Project report undertaken by researchers at UC Berkeley and Columbia University found that intermediaries “may be subject to large numbers of suspect claims, even from a single individual.”

Small intermediaries, who may not possess the resources and time to litigate claims, follow “better safe than sorry” polices, which can lead to compliance of all claims as a matter of course.

CloudFlare co-founder Matthew Prince called the decision necessary but dangerous. In a release, he said, “We’re going to have a long debate internally about whether we need to remove [the claim] about not terminating a customer due to political pressure.” 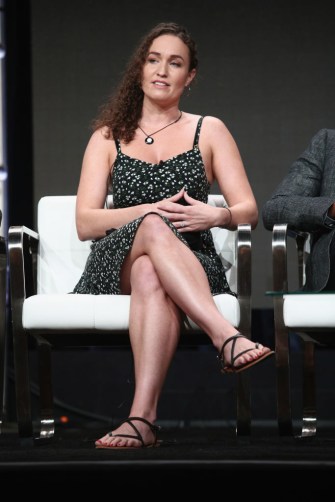 CloudFlare’s dilemma shows the difficulties of private organizations, which are not bound by the same laws as government entities, regulating services that have effectively evolved to become public spaces. Given the growing ubiquity of online spaces, finding the proper balance will be imperative.

It’s not a comfortable thing to talk about, because nobody wants to see Nazi ideology, but I will say that I do want the ability to see and find speech that reflects actual human beliefs. That’s how we know what’s out there. It doesn’t benefit us to be blindsided by the private organizing of white supremacist. […] Enforcing that kind of purity only hides those beliefs; it doesn’t change them.

We also run the risk of losing an important tool for personal development, both for ourselves and those we disagree with. If people are unable to engage in conversation with bad ideas, we’ll lose remedies for extreme ideological thought, such as debate and forced examination.

“There was no confusion about our positions, but the line between friend and foe was becoming blurred,” Phelps-Roper said during her TED talk. “We’d started to see each other as human beings, and it changed the way we spoke to one another.”

“My friends on Twitter didn’t abandon their beliefs or their principles — only their scorn,” she added. “They channeled their infinitely justifiable offense and came to me with pointed questions tempered with kindness and humor. They approached me as a human being, and that was more transformative than two full decades of outrage, disdain, and violence.”

There is definitely a need to regulate speech online. But Phelps-Roper’s story is a warning of all we’ll lose if free expression becomes threatened online.

Soviet researchers studied crime through a Marxist-Leninist lens. Under Lenin, a humanitarian approach to criminality briefly emerged, but dissipated when Stalin rose to power.
Up Next
The Present

Want a genuine exchange of ideas? Science proves you won’t get that in the comments section.