When we look back at history, we have the benefit of knowing how things turned out. Not true for those who were living through history’s tensest moments. At key inflection points in history and in response to crises, most of the actors had no idea what would happen or what the right thing to do was. Sometimes, this uncertainty drove people to bold and ill-advised actions.

Take the Great Depression. Something had to be done, but nobody knew what for certain. When Franklin Delano Roosevelt was elected on a campaign that promised to abandon the gold standard and provide government jobs for the unemployed, many in the grips of the crisis thought that this was certainly the wrong way to go.

“This is despotism, this is tyranny, this is the annihilation of liberty,” wrote Republican Senator Henry D. Hatfield of West Virginia to a colleague. “The ordinary American is thus reduced to the status of a robot. The president has not merely signed the death warrant of democracy but has ordained the mutilation of the Constitution, unless the friends of liberty, regardless of party, band themselves together to regain their lost freedom.” 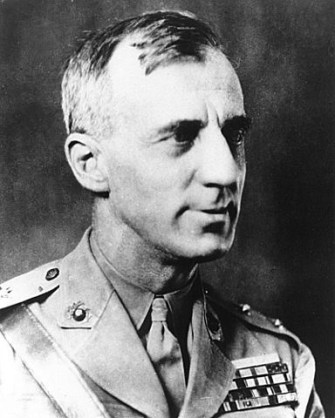 The allure of fascism

Fascism had reared its head in Europe, and the world had yet to make up its mind what it thought about it. That would come later, in World War II. Many thought that the best way to pull America out of the Great Depression was to install a dictator. Even the New York Herald Tribune ran a headline called “For Dictatorship If Necessary.” Although the newspaper’s article was in support of FDR, a group of wealthy financiers believed that America should indeed have a dictator, just not in the form of FDR, a suspected communist. So, they began to plot a coup d’état that would later come to be known as the Business Plot, or the Wall Street Putsch.

The Business Plot nearly involved another individual as well: Retired Major General Smedley Butler, who was at that time the most decorated soldier in U.S. history. After his military career, however, Butler became a vociferous critic of war and its place in American capitalism. Later, he would write the famous War is a Racket and an article in the socialist magazine Common Sense stating, “I spent most of my time as a high-class muscle man for Big Business, for Wall Street and the bankers. In short, I was a racketeer, a gangster for capitalism.”

Butler was also an influential figure in the so-called Bonus Army, a group of 43,000 marchers — among them many World War I veterans — who were camped at Washington to demand the early payment of the veteran’s bonus promised to them for their service. Although his politics leaned more to the left than the Business Plot conspirators would like, Butler was extremely well-respected among veterans and the military, who, like everybody else, were fed up. What’s more, MacGuire believed that Butler could be more easily manipulated than other generals. And the conspirators needed a general.

The members of the Business Plot set up several meetings with Butler where they not-so-gradually informed him of their plan. The conspirators would provide the financial backing and recruit an army of 500,000 soldiers, which Butler was to lead. The pretext for the coup would be that FDR’s health was failing. FDR would remain in a ceremonial position, in which, as MacGuire allegedly described, “The President will go around and christen babies and dedicate bridges and kiss children.” The real power of the government would be held in the hands of a Secretary of General Affairs, who would be in effect a dictator: “somebody to take over the details of the office — take them off the President’s shoulders. … A sort of a super secretary.”

However, Butler was not so willing a compatriot as they had originally suspected. After meeting with the men several times and learning of the extent of their plan, Butler went to Congress to expose them as traitors. When news broke, nobody really believed that such a coup attempt could even be considered, let alone planned or put into action. In fact, the New York Times‘s initial reporting on the subject was full of quotes like “Perfect moonshine!”, “A fantasy!”, and “It’s a joke — a publicity stunt.” A second article from the New York Times‘s on the topic was titled “Credulity Unlimited.”

Initially, Congress’s reaction was similar, but with Butler’s testimony; the testimony of reporter Paul French, who was present at one of Butler’s meetings with MacGuire; and MacGuire’s own unconvincing testimony, they began to take it more seriously and investigated the subject.

Ultimately, the Congressional investigation found that Butler was telling the truth: the seeds of a coup had indeed been planted. But Congress’s perspective was that the plot had little chance of getting off the ground at all — rather, it had been, in the words of Mayor La Guardia of New York, “a cocktail putsch.”

Nobody was prosecuted in the plot. In fact, some later went on to serve in office, such as Prescott Bush. Would the coup have been carried out had Butler merely turned down MacGuire’s offer, rather than report them to Congress? It’s impossible to say. But the Wall Street Putsch does show that dire times can drive people to make otherwise inconceivable — “moonshine” — plans.

Tags
capitalismgovernmenthistorymilitaryunited states
In this article
capitalismgovernmenthistorymilitaryunited states
Related
Hard Science
200 years of exploring Antarctica
What we’ve learning from the world’s coldest, most forbidding, and most peaceful continent.
High Culture
The most controversial painting in Russian history
Created in the 1880s, “Ivan the Terrible and His Son Ivan,” which depicts a father murdering his son, divides Russians to this day.
The Past
Ceramics, corn cobs, and other strange things we used before toilet paper
Some objects were softer than others.
Neuropsych
The trouble with medicating mental illness
Has the “age of psychopharmacology” shrunk society’s sense of responsibility for mental health?
Strange Maps
The great European house cat migration
Ancient bones reveal that domesticated felines were at home in Pre-Neolithic Poland around 8,000 years ago.
Up Next
The Present
China refutes U.S. claim that it’s pushing space ‘arms race’
“Here I want to remind all of you of a fact that the U.S. publicly defines outer space as a new battlefield,” a Chinese foreign minister said.