In a study published by Taylor & Francis Online, and written by researchers Kathleen Searles, Sophie Spencer and Adaobi Duru, it’s quite clear that abusive and “uncivil” comments — such as, “UR a commie libtard and you eat babies! Go die!” — negatively affect perception of both a publication and its authors. 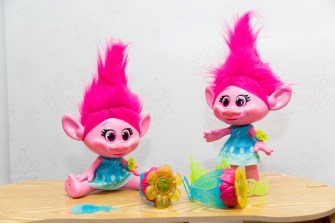 DreamWorks Troll dolls are displayed as Hamleys announce its top ten toys for Christmas at Hamleys on October 6, 2016 in London, England. Photo by Tristan Fewings/Getty Images

The study began with the knowledge that women journalists and authors receive a disproportionately higher amount of attacks, hostile comments, and abuse than men. This is well established, and continues to be a major problem on the Internet, especially Facebook. (Sometimes, it’s angry, drunk, or… psychologically challenged people. Sometimes, it’s trolls.)

But what they found is that such abusive comments will negatively affect perceptions of the publication itself, as well as the author of an article, regardless of the reporter’s gender.

We found a significant effect for the abusive comment on author credibility and intention to seek news from the author and outlet in the future, but gender of the author did not moderate these effects. 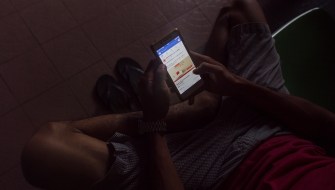 A man uses Facebook on a mobile phone in Yangon on June 7, 2018. – Facebook has blacklisted a group of Myanmar Buddhist hardliners including monks notorious for bilious hate speech against Rohingya Muslims (Photo by Ye Aung THU / AFP)

What that means is that abusive comments in response to articles affect perceptions of the credibility of a social media page, publication, author, etc., no matter the gender of the author.

Of course, because women authors are more likely to receive such hate means that the net negative effects of such “speech” affect women more than men, but the perception change felt by readers seeing such comments is not affected by the gender of the author.

In other words, it’s all bad. 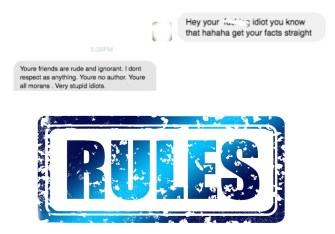 The comments are from this author’s own Facebook page. Original creation using screen captures and an image from Pixabay.

What’s a publication (Page, Group, etc.) to do?

One of the key takeaways that many publications have taken from the last few years is to post a thing at the top, or prominently on the page, or pinned somewhere in the comments, that says hate speech and abuse is not allowed and will be deleted. This puts the bad guys on notice, but more importantly, it tells people in advance that this is a place where someone is paying attention to all of that. It leads to more comments and prevents some problematic comments, according to an article in Civil Servant.

Other publications simply do not allow comments; especially when dealing with political content, it requires nearly full-time moderation.

Not suitable for work, but hilarious.

Expressing gratitude encourages others to continue being generous, promoting a cycle of goodness.
Up Next
Health

Scientists have discovered that neurological response to posture is separate from movement.