Self-actualization has been a pop psychology touchstone ever since Abraham Maslow coined the term in 1943. Since then, a panoply of articles, books, podcasts, motivational posters, and even business models have popped up explaining the best way forward for countless individuals looking to grow and become the best version of themselves they can possibly be.

The concept of self-actualization and the hierarchy of needs, however, has taken on a life of its own outside the ivory tower of academia. While the concept that an individual’s highest drive is to become all that they can possibly be has become accepted as fact, academics still debate whether the hierarchy of needs is the best model of human development. One criticism, in particular, is that self-actualization is a thoroughly Western concept. Maslow developed it by studying the characteristics of his peers and of famous historical figures, such as Abraham Lincoln and Albert Einstein.

Why does this matter? The model is meant to be a model of human development, but the research it was developed from was mostly based on one sliver of human experience. Other cultures and philosophies have similar, but slightly varied ways of describing higher states of being. What’s the difference between self-actualization and these other ideals? 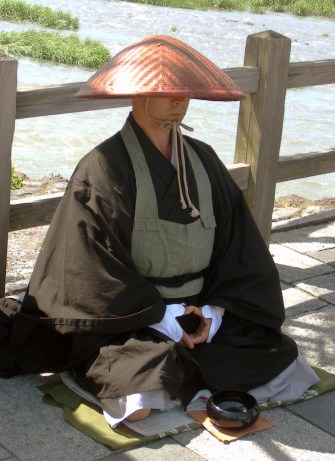 One of the biggest commonalities between these Eastern philosophies and self-actualization is that they all assume there is a drive toward a higher state of being, whether that’s Enlightenment, oneness with the Tao, or self-actualization. In Taoism, the goal is to achieve unity with the unknowable underlying principle of the universe (i.e., the tao, or “the way”), while in Zen Buddhism, the goal is to achieve Enlightenment by understanding the emptiness of existence.

Already, we can see some significant differences between self-actualization and these philosophies. There’s no religious or even spiritual component in the hierarchy of needs. It doesn’t purport to explain life and death or the nature of the universe, just the nature of human motivation. But if you strip away some of the more spiritual elements of these systems, the end goals are pretty similar.

The sage in Taoism, the enlightened individual in Zen Buddhism, and the self-actualized individual in Maslow’s hierarchy of needs all are concerned for the well-being of others, are closer to nature, accept reality as it is, and are extremely autonomous. This last bit, the autonomy and independence, is probably why many Westerners are so familiar with Taoism, Zen Buddhism, and the like. Westerners like the idea of independent practice, of self-work — of self-actualization.

But there are many other ideas about what makes for a higher state of being that explicitly reject the idea that you can become better in a vacuum. Like the hierarchy of needs, there is also an ideal, higher state to be pursued in Confucianism; specifically, sagehood. The Confucian sage is a benevolent, wise individual that embodies tian, which can be thought of as heaven or the underlying laws of the universe. Confucius thought that very few people reached this state of being, as Maslow did in regard to self-actualization. A major difference, however, is that Confucius focused significantly more on the relationship between the sage or developing individual and the society around them. For Maslow’s self-actualized individual, their relationship with society is pretty much up to them. A self-actualized individual might care very much about the world around them, or they could be a hermit; it would depend on their individual nature.

In Confucianism, addressing societal issues is how one enables others to become sages. As a result, Confucianism prescribes a strict social code for individuals to follow in order to enable the right kind of society, summed up in Confucius’s quote: “There is government, when the prince is prince, and the minister is minister; when the father is father, and the son is son.” What’s more, by being a father, minister, or whichever role you’re meant to be, Confucianism asserts that you can become more virtuous and develop further. Perhaps more than the other philosophies listed here, Confucianism is much more prescriptive, where the hierarchy of needs is much more descriptive. Chief Little Dog, a Blackfoot Native American, on his horse n front of a tipi at Glacier Park Lodge.

One of the more interesting parallels to Maslow’s hierarchy of needs is the philosophy of the Blackfoot Native Americans. In fact, Maslow is believed to have used Blackfoot beliefs to develop his theory after a visit to the Blackfoot Nation in Alberta, Canada, in 1938.

The Blackfoot perspective on self-actualization was quite different than Maslow’s, however.

For the Blackfoot, self-actualization was actually at the base of the pyramid. As with other philosophies focused on human development and higher states of being, the Blackfoot model extends the concept outside of the self and focuses on the impact of self-development on the community. Above self-actualization comes community actualization, above which comes cultural perpetuity, or the idea that the knowledge and wisdom of a community can live on in perpetuity, so long as the individual and the community become actualized.

Aside from its emphasis on community rather than the individual, this model is interesting because it also focuses on time — if a community achieves cultural perpetuity, then it lasts forever. It also explicitly discusses something that Maslow would later add to his hierarchy: the idea of self-transcendence. Maslow later believed that all self-actualized individuals would feel the need to pursue goals outside of the self, a feature that was already present in the Blackfoot model.

None of this is to say that Maslow’s model of human development is wrong or right — rather, it’s important to acknowledge how much of Maslow’s thinking was a product of his culture. Psychology, in particular, is a science that’s easily influenced by culture — just as an example, consider the fact that nearly all psychological studies are conducted on undergraduate college students. It’s immediately apparent that ascertaining universal truths from a sample of undergraduate college students and Western historical figures is a dubious proposition.

When it comes to pursuing a better version of the self, it pays to keep in mind that there are many perspectives on what that better version might be.

Tags
Anthropologyasiabuddhismphilosophyreligionsocietyworld cultures
In this article
Anthropologyasiabuddhismphilosophyreligionsocietyworld cultures
Related
High Culture
Why are flood myths so common in stories from ancient cultures around the world?
Could the prevalence of flood myths around the world tell us something about early human migration or even the way our brains work?
The Future
Space travel will radically change human psychology and spirituality
We are traveling in a realm that once exclusively belonged to the gods. Space travel will force humanity to rethink everything.
The Learning Curve
5 Stoic quotes to help you through difficult times
“We suffer more often in the imagination than in reality.”
Thinking
6 great philosophers and how they used their political power
Most philosophers merely contemplate the world, but what about the ones who actually tried to change it?
The Past
How the death of alchemy gave birth to modern science
Far from practicing witchcraft, the experimentation of medieval alchemists helped bring about the Scientific Revolution.
Up Next
Health
Medicine mix-up leads to children developing ‘werewolf syndrome’
A group of at least 20 kids in Spain gets a rare illness with historical roots.