It’s easy to feel hopeless when it comes to the climate. The news is full of stories on how the next century will see unbearable heat waves, impossibly strong hurricanes, flooded cities, an ice-free Arctic, and global temperatures reaching up to an average of 10 degrees Celsius hotter than they already are. But despite how terrible this feels, it’s important to remember that the appropriate response is to leap into action, not to be paralyzed by despair. To supply some optimism and show that humanity isn’t totally screwed, here are 7 climate change projects that are changing the game.

One of the biggest challenges to combatting climate change is the lack of incentive (aside from the destruction of the planet, that is). When looking at the astronomical profits of the oil and gas industries, it’s clear that reducing humanity’s reliance on oil and gas will take some serious incentivization.

That’s where Carbon Engineering comes in. The Canadian company intends to build a commercial-scale negative-emissions facility using funding from a variety of investors, including Bill Gates. These people didn’t invest entirely out of the goodness of their hearts; they did so to make a profit.

The facility will suck CO2 out of the atmosphere to either store it underground, where it can’t affect the atmosphere anymore, or to convert it into carbon-neutral fuel. What’s more, this will happen at a rate of $100 per ton of CO2, the benchmark at which negative-emissions technology is considered to be cost effective.

As one of the largest entertainment corporations in the world, Disney has set itself an impressive goal: It intends to half its emissions by 2020. When you’re talking about the emissions produced by a corporation worth $171.7 billion, that’s pretty significant.

As an initial step towards this goal, Disney recently opened a 270-acre, 50-megawatt solar facility in Florida. Disney expects that this plant will produce enough energy to operate two of its four theme parks in central Florida and cut its greenhouse gas emissions by 57,000 tons per year. As an industry leader, their solar plant is likely a harbinger of more facilities across the United States — and world, for that matter.

Short for the Stratospheric Controlled Perturbation Experiment, SCoPEx’s controversial goal is to spray calcium carbonate — the same stuff in your antacid tablets — into the sky to observe its effects in the stratosphere, with the ultimate goal of observing whether it can reflect sunlight back into space.

This might seem familiar for those of you who have watched the movie Snowpiercer. In that film, the fictional chemical CW-7 is sprayed into the atmosphere to reverse climate change, ultimately cooling the planet too much and sending it into an apocalyptic Ice Age.

Fortunately, the Harvard researchers don’t plan on coating the planet in calcium carbonate — since this is real life, and not a film, they’ll perform controlled experiments using just a few hundred grams of the material. There are still concerns about what effects there could be, however; for one, even if a large-scale deployment of calcium carbonate would effectively reflect sunlight and cool the planet, it would still be a temporary solution.

Still, plants would also receive less sunlight and since calcium carbonate just isn’t present in the stratosphere, nobody can really predict what side effects it might cause up there. Nevertheless, it’s a valuable experiment that may show us a promising — albeit last-ditch — solution. 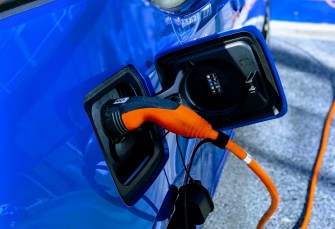 In the U.S., transportation accounts for 28 percent of the country’s greenhouse gas emissions. But not only do most major car companies now offer electric vehicles as part of their product lines, Tesla and other companies are focusing solely on producing electric cars. In February of 2019, Amazon invested $700 million in a Tesla competitor called Rivian, which plans to commercially release electric pick-up trucks in 2020. Tesla, too, is planning a release for 2020: a fully electric semitractor trailer.

These developments mean that the non-electric sectors of the transportation market are disappearing. Of course, none of this matters if there isn’t the infrastructure there to support these cars. Fortunately, companies such as ChargePoint are installing charging stations across the country. As of this writing, ChargePoint has installed a little over 62,000 charging stations located across the globe.

It’s rare that a big bank does anything as a force for good, but that’s what Bank of America is doing with its Environmental Business Initiative. Part of what has made climate change projects so difficult to get going is the anxiety they produce in investors. This makes sense; a lot of climate change projects are new and use technologies not yet tested at large scales, risk factors that scare investment away. What’s more, it’s not always clear how an investor will make their money back.

Fortunately, Bank of America has invested $96 billion to date in a variety of sustainable businesses and promises to invest another $125 billion. The bank essentially invented the concept of green bonds, a type of security specifically reserved for climate and environmental projects.

The future of climate change policy may not exactly match the ambitious Green New Deal, which aimed to make the U.S. energy system 100% renewable, to revamp the electrical grid into a “smart” grid, and overhaul the transportation system, among other goals. But it will certainly resemble it. Polls show that just 14.7 percent of Americans disagreed with the Green New Deal as a whole, a level of support that many politicians are responding to. 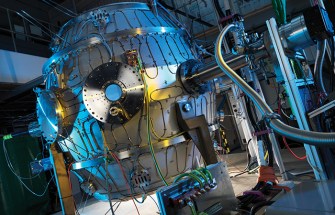 Nuclear power has always been a hot-button topic for environmentalists, and it was notably left out of the Green New Deal plan. If done right, nuclear fission plants can provide sustainable energy with minimal waste, but the problem is that they are not typically done right. Fission plants are expensive, complicated, and the repercussions of building a faulty one or failing to follow protocol are severe. Although the waste they do produce doesn’t contribute to climate change, they are extremely toxic, must be carefully handled and stored, and can remain toxic for several thousands of years.

Nuclear fusion, on the other hand, doesn’t carry the risk of a meltdown, produces waste whose radioactivity is short-lived, and it has the potential to produce unbelievable amounts of energy. Although fusion remains a hypothetical source of energy, we’re getting closer and closer every year.

One nuclear fusion company, Tokamak Energy, recently heated hydrogen to 15 million degrees Celsius, briefly producing hydrogen plasma in a significant milestone on the way to fusion energy. Specifically, Tokamak Energy intends to heat hydrogen plasma to 100 million degrees Celsius in order to produce fusion energy. If its future ventures are successful, Tokamak Energy intends to deploy the world’s first commercial nuclear fusion reactor by 2030. And they’re not alone. Fusion experiments are taking place in countries such as France, Germany, and China, all of which have been making significant progress.

No one project will be the answer to the Earth’s climate problems. But when taken together, they form a picture of the future that isn’t quite so grim as we might believe today.

Innovation training encourages the kind of creativity and problem solving that can lead to breakthroughs in business.
The Present

Flashy desalination technology is more costly and cumbersome than many other solutions.
Up Next
Thinking

Is it saying too much to say something doesn’t exist when you have no evidence either way?