Brian Behlendorf is a technologist, computer programmer and leading figure in the open-source software movement. He was a founding member and primary developer of the Apache Web server, the most[…]
Go to Profile 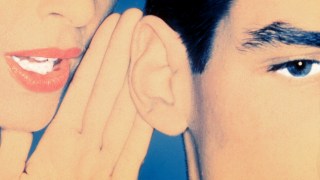 Fact-Based Browsing: What If the Internet Could Not Tell a Lie?

The Internet is all shadows and mirrors—but what if it were the central source of truth? Thanks to Blockchain technology, it's a future that's possible.
▸
5 min
—
with
Brian Behlendorf

Imagine a world where facts rule the Internet, and lies and rumors are stripped of their disguises before they can do damage. That’s actually possible, explains tech expert Brian Behlendorf, the executive director of the Hyperledger Project (who was also a primary developer of the Apache HTTP Server, the most widely used web server in the world). Although a completely truthful Internet might be dull, and a little totalitarian, it would be sweet relief for all digital citizens if someone could end fake news. Distributed ledger technology like Blockchain could do that, says Behlendorf, by changing the way organizations collect and store data. If data were decentralized or transparent on an unmodifiable Blockchain, it would be almost impossible to attack the source or integrity of someone’s data on that open ledger. “I view distributed ledger technology as the closest thing we have in the technology field to being able to say something is a fact,” says Behlendorf. A distributed ledger system could also be used to help us check our confirmation biases in response to fake news. Currently, central providers like Facebook and Google can alert you to news sources that may be less than factual, but imagine a decentralized version, like a Yelp for news media, with experts who score platforms on their integrity, as well as crowd-contributed ratings. In the future, what if the Internet helped resolve controversy instead of cranking the rumor mill?

Brian Behlendorf: So, the question is: can distributed ledger technology, can blockchain technology be used to fight fake news? And you know it’s funny, I view distributed ledger technology as the closest thing we have in the technology field to being able to say something is a fact. If we’ve recorded a Bitcoin transaction, essentially we have an entire network witnessing that I’ve sent you some number of Bitcoin or some number of a digital asset, a huge number. And now I can't deny that I made that transaction and you can't deny that I made that transaction and that is a really powerful thing. In a way it's kind of like Wikipedia when somebody puts something in there and everyone has seen that and if it's wrong it gets removed, that’s something as well that’s coming to be accepted as factual. So I think the possibility of using distributed ledgers to record data that is of really high quality because it’s being recorded when it happens, it's being witnessed by a large number of people and thus made undeniable, immutable, in this ledger. We have a chance of creating a body of data that can come to be trusted in a way that data normally can’t. Think about the debate over climate change; there’s not only been attacks on, 'Do you have the right weather model? Are you really showing this?' but attacks on the fundamental collection of that data in the first place. Imagine if instead of debating whether you had the right data or I had the right data or a piece of data goes missing or an entire dataset goes missing when there’s a change in political administration, let’s say, instead of that imagine if instead we had weather sensors and air quality sensors on a hundred rooftops in every major capital around the world collecting this data and publishing it to a public ledger. That data would never go away. It would only go away if every single server in this network were to disappear one day. And that permanence, that history and the integrity of that data, because it’s signed and it’s validated as part of this distributed ledger, would turn it into an immutable set of facts really. It was this temperature in New Delhi on that date at that time as witnessed by a hundred different witnesses there. So that’s one way in which distributed ledger technology might help us make sure that we’re operating from a foundation of common sense, common factual evidence.

The next tier up though, which is really what people talk about when they think about fake news, is analysis, interpretation, claims, but also rumor. When somebody hears a rumor of something very scurrilous happening and it correlates with what they want to believe, chances are they’ll believe it and they’ll pass it off to their friends. And so you start to see companies like Facebook and Google and others starting to implement systems that when you forward a link to a friend that comes from a source that is known to be of questionable quality, they’ll pop up a little warning that says, 'According to Snopes.com or according to the AP or somebody this article might not be factual.' That’s something you can do when you’re a central provider like Facebook or like Google, but wouldn’t it be great to do that in a decentralized way? When somebody sends you a news link to a website you’ve never heard of before, not The New York Times, not AP or Fox News or whatever, where you have some context, but it’s some other link somewhere else, how much should you trust that? Well a lot of folks have talked about building a distributed ledger system for recording thrust in media sources. So here’s a website, here’s people that we recognize, like Snopes, as authorities on whether something is true or not, but why not you be able to publish something to that chain as well, or me, that says, 'This does seem to be right to me or this doesn’t seem to be right.' And then just like on Twitter where you can choose who you follow, you could choose what are the sources of authority that you trust as to whether something is true or not. That may turn out to be an answer to the fake news problem, or it may turn out to make the different worlds that we all live in and the bubbles we live in even more bubblelicious. I think there are many who hope that is one way in which we can try to fight the rumor mongering and fake news floods that are happening on the Internet today.