Over the last few years, suicide rates have been on an alarming rise in the United States. An analysis by the Center for Disease Control found that American suicide rates have gone up by 33 percent since 1999, the highest rate recorded in the country since 1942.

Mental health is a complex topic, and suicide cause and prevention can’t be chalked up to any one thing or solution. But, according to a recent study, one answer to preventing at least some of these suicides might be a simple little public policy adjustment: Raising the minimum wage. 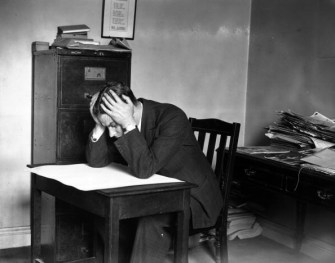 The link between financial stress and suicide

There are, of course, a multitude of variables that can foster the extreme anxiety and depression that might lead a person to consider ending his or her life. A number of studies in the past indicated that financial stressors — such as mounting debt, the loss of a job, or unemployment — are a big contributor when it comes to the factors that play the most significant roles in suicide. The likelihood of suicide increases among financially distressed people as things like debt become harder to manage.

Because suicide and depression more often affect people who have lower incomes and levels of education, it means that this demographic is also likely to be working at or close to the minimum wage. It seems obvious that researchers would be interested in looking at the correlations between suicide and minimum wage.

Recently, a team of researchers from Emory University took an in-depth look at the relationship between minimum wage laws and suicide rates. They found that the two do correlate, but only during times of high unemployment and among those with a high school level education, or less.

When it comes to minimum wage, state and federal governments both set standards. The federal government sets a bottom “safety net” for minimum wage. State governments can’t dip below that, but they can exceed it. The minimum wage rules of individual states are easy to track and, conveniently, a few states changed their minimum wage during the time period of the study providing a usefully before-and-after comparison for the researchers. Collecting the rest of the data was relatively simple. States provide their unemployment rates, share of GDP, and various other forms of public assistance. Additionally, the National Vital Statistics System provided researchers with a trove of death information, including the cause of death as well the individual’s educational background.

Researchers used a “differences in differences” analysis to determine how minimum wage laws were linked to suicide rates. This is a statistical technique used to measure data from two groups, a “treatment” group and a “control” group, at at least two different time periods. One time period being before the “treatment” (in this case, higher minimum wage) and the other being after. In this study, the researchers used individuals with a college-level education as the control group as they are statistically less likely to work a minimum wage job or commit suicide. So, that group’s response to changes in the minimum wage laws was compared to that of individuals with a maximum of a high school education. This data was then tracked monthly. Researchers also observed that increasing the minimum wage was most effective in the reduction of suicides when unemployment levels were the highest. Specifically, a higher minimum wage had maximum impact on reducing suicide when the unemployment rate was over seven percent and minimum wages were at least $1.75 over the national minimum. According to the researcher’s predictions, during the 2008 economic collapse raising the minimum wage by just one dollar could have prevented over 13,000 suicides!

Of course, poverty is not the root cause of all suicides, and mental health issues go deeper than one single economic factor. But the study underlines how reducing economic burdens during times when financial stresses are higher can reduce some of the anxiety and depression that leads to suicide risk. Ultimately, this study shows that beyond being good economic policy, raising the minimum wage can save lives by improving the quality of life for America’s working class.

Now the question is, will legislators do it?

You can learn things 250% faster by unlocking your ‘flow state.’
▸
6 min
—
with
Steven Kotler
Up Next
Starts With A Bang

Instead of two neutron stars merging to produce a gamma ray burst and a rich plethora of heavy elements, followed by a neutron star product that then collapses into a […]