The War in Afghanistan is on track to becoming the longest armed conflict in United States history, and Afghanistan is just one of 19 countries where the U.S. currently has military personnel deployed for combat. In fact, young Americans graduating high school in 2019 will have never known a year in their lives in which their country wasn’t enmeshed in hostilities overseas.

As these students learned in their civics class, the Constitution’s War Powers Clause vests Congress with the ability to declare war and bankroll any war effort. However, they may be surprised to hear that the last countries Congress officially declared war on were Bulgaria, Hungary, and Romania—declarations enacted in 1942 to combat the Axis powers during World War II.

Even so, since 1945 the United States has pursued military operations in countries across the globe: Korea, Cuba, Vietnam, Lebanon, Iraq, Bosnia, Kosovo, Afghanistan, Iraq (again), Libya, and Syria (to name just a few).

How did the U.S. Armed Forces become engaged in these countries, sometimes for years, without a constitutionally mandated declaration of war?

The history of a blank check

The Vietnam War lasted nearly 20 years, was overseen by five presidents, and took the lives of 58,220 Americans. The Vietnamese people suffered immeasurably from the protracted conflict, with their industry in tatters, their landscape marred, and millions of civilians and combatants killed. Despite these heavy costs, Congress never officially declared war, and many legal scholars and historians have argued the United States’ involvement was in violation of the War Powers Clause. 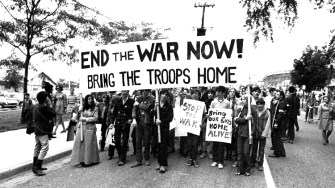 With the war deeply unpopular at home, Congress passed the War Powers Resolution of 1973. Its purpose was to curb the president’s ability to unilaterally deploy the military by “insur[ing] that the collective judgment of both the Congress and the president will apply to the introduction of United States Armed Forces into hostilities.” Among the law’s provisions, the president would be required to consult with Congress before introducing the armed forces into hostilities, and troops would need to be withdrawn within 60 days if Congress did not declare war or provide an authorization to use military force.

It remains an open debate as to whether the War Powers Resolution infringes on the constitutional powers of the executive branch, and in this grey area, presidents from both parties have flaunted the law.

President George H.W. Bush argued he did not need Congress’ authority to engage Iraqi forces in Kuwait, because he was carrying out a United Nations resolution as a member state. President Bill Clinton likewise used the U.S. Armed Forces to carry out operations in countries pursuant to U.N. and NATO resolutions, and during operations in Kosovo he ignored the 60-day limit. 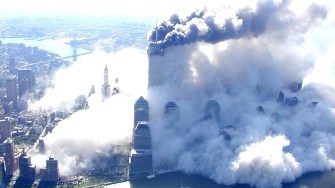 Then came September 11, 2001. In order to find those responsible for the terrorist attacks, Congress passed the Authorization for Use of Military Force Against Terrorists. When the resolution was passed, on Sept. 18, the responsible parties were unknown, so the resolution presented the president with a sweeping mission statement and no sunset provision:

This resolution was near-unanimously approved. Representative Barbara Lee (D-CA) cast the lone no vote, believing it to be a “blank check” for war.

This is where we came in

Sixteen years later, the 2001 authorization remains the reason American troops have been deployed in Afghanistan under three presidents, despite no declaration of war. Meanwhile, the executive branch continues to cite it as the “primary legal basis for military operations against an array of terrorist organizations in at least seven different countries around the world,” according to Human Rights First.

To pick just one example, Presidents Barak Obama and Donald Trump used it as justification for military action in Syria against the Islamic State, arguing the terrorist organization is an al-Qaeda affiliated force, despite it not existing in 2001.

“We cannot continue to rely on a blank check for war,” Representative Lee said in a 2016 statement. “Congress needs to stop ducking its responsibilities and hold a long-overdue debate on the ramifications of waging endless war in the Middle East.”

While there is an argument to be made for a president’s need to make swift, unilateral decisions to protect the United States as commander-in-chief, the current state of affairs poses several problems for foreign policy relations, the civilians caught within these conflicts, and the American people.

As Human Rights First notes, the continued use of military force by the president without congressional approval has led many to question the legitimacy of these actions. This puts the country at odds with its allies, who will withhold support from an operation sanctioned on shaky legal grounds, as well as local populations, who see American forces not as humanitarians but as illicit invaders. 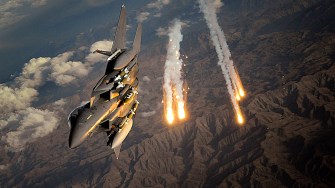 As we saw with Vietnam, modern military weapons hinder economic development, scar landscapes, scorch cities, and can kill hundreds of people—combatants and civilians alike—with heartless efficiency. Under this barrage, local populations will naturally come to further fear and resent American involvement, fueling propaganda and terrorist recruitment. If the U.S. is to succeed against these terrorist efforts, its military must be deployed with uncompromised legitimacy.

At home, Americans are growing tired of these protracted conflicts. In one survey, 80 percent of those polled said the president should seek congressional authorization before committing to military action.

But with every year that passes, the current state of affairs continues to solidify as the new norm. As Conor Friedersdorf of The Atlantic points out, even high-ranking officials like former CIA director David Petraeus have praised President Trump for circumventing Congress to take military action, a far cry from the checks and balances envisioned by the drafters of the Constitution.

Today, news of military operations abroad barely registers as news. As military historian Danny Sjursen argues, despite a desire to be engaged on the world stage, the American people do not wrestle with these conflicts in their day-to-day lives. War takes place far away, and the U.S. news media report sparingly on them after the initial payloads drop.

“We know precisely how many Americans have been killed in uniform,” Sjursen told Big Think. “But tens of thousands, maybe hundreds of thousands, of Iraqis, Afghans, Yemenis, Somalis, have died—not always at our hands, often in internecine warfare—but we can hardly count.”

The government has let the safeguards for such violence erode away.

What will Congress decide?

In 2017 Capt. Nathan Smith of the U.S. Army brought suit against the Obama administration, arguing that he was being forced to violate his oath to uphold the Constitution since the administration did not seek congressional approval to fight the Islamic State. The suit was eventually dismissed, with the judge stating that the question was one for the branches of government to decide.

That debate is starting to take place, and there are two paths being proposed: legitimize the executive branch’s ability to authorize conflict or scale it back to something more in line with the War Powers Resolution. 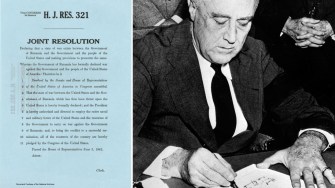 Arguing for the former, Senators Bob Corker (R-TN) and Tim Kaine (D-VA) have devised an authorization to use military force to replace the 2001 authorization. This bipartisan resolution would legitimize current conflicts by specifying the terrorists organizations the president may wage war against and presenting a way for the commander-in-chief to legally add to the group.

It would also allow the executive branch to enter armed conflict with any new country, so long as it notifies Congress within 48 hours. Should Congress wish to stop hostilities, legislators would need to vote to do so; however, the president would have veto power over that vote.

Meanwhile, Senator Jeff Merkley (D-OR) has proposed another replacement authorization to use military force, this one pushing for the latter path. Merkley’s resolution would provide authorization to fight the Taliban, al-Qaeda, and ISIS and provide Congress with an expedited way to add new groups, but not foreign states, which would require additional authorization.

It would scale back the countries in which the U.S. may legally use force to Iraq and Afghanistan. If the president wishes to send troops to another country, he must receive authorization from Congress on a case-by-case basis. With that said, Merkley’s resolution does not affect the president’s power to arrest or use lethal force against high-value targets, even in unauthorized countries. 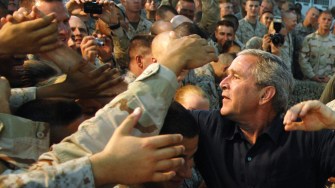 Both authorizations will have to overcome opposition. The Corker-Kaine proposal will no doubt come under fire from members of Congress and constitutionalists, while the Merkley proposal will find no friend in the president.

However, the current state of affairs in untenable; if the United States is to be an effective player on the world stage it’s foreign policy cannot exist in a legal grey area. Congress must act. How it chooses to do so remains to be seen.

For the very first time, an AR contact lens was worn on the eye of a human subject. And it has about 30 times the pixel density of an iPhone.
Up Next
Technology & Innovation

Traditional buildings were designed to provide protection against a savage world. But the world has changed. We need to develop a more sustainable relationship with the environment, and semi-permeable architecture allows us to do that.