The concept of human capital has only been around since the ’50s but it’s become an increasingly popular way of looking at the economic potential of countries. Typically defined as “the attributes of a population that, along with physical capital such as buildings, equipment, and other tangible assets, contribute to economic productivity” it includes things such as education levels, skill sets, and other intangible items that foster economic growth.

While we already know that a countries’ average education level is associated with its economic growth, a recent study looking into the growth of human capital around the world over the last 26 years has included healthcare outcomes to the mix. While it was created to help motivate lower and middle income countries to increase their human capital investment, it offers a harsh look at the progress the United States has made over the previous 20; if any.

As part of the World Bank’s call for more data on human capital, a team of researchers at the Institute for Health Metrics and Evaluation at the University of Washington scoured over three decades worth of educational and medical data to help create an index showing the levels of human capital for every country in the world for both 1990 and 2016.

In this study, human capital was defined as “expected years lived between the ages of 20 and 64.” Adjustments were also made for health and education levels, which were also ranked and compared. The four variables listed in the final analysis were expected years lived between 20 and 64, functional health status, years of educational attainment, and learning or education quality.

All of this was then fused into a single “expected human capital” score for each country. 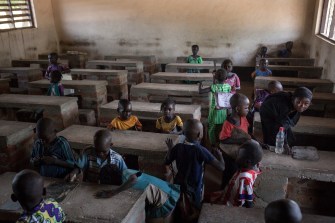 That’s great and all, but where is my country?

The United States fell 21 spots over the years from 6th to 27th. This places us in the company of Germany (24), Greece (25), Australia (26), and the Czech Republic (28). The top spots are dominated by Western European and Nordic countries, with Finland topping the list both in 1990 and 2016. South Korea and the Republic of China are the only non-European representatives in the top 10 for 2016, edging out Canada, which fell to 11th place.

Wait, how did that happen?

One problem was that America’s scores declined in one significant category, educational attainment. The decrease in education spending during the time period studied might have caused this. Nevertheless, countries that increased spending in analyzed areas, such as Turkey and both Chinas, saw tremendous improvements in their position on the list.

That was the only dimension where the United States saw a decline, however. The other categories saw improvement — albeit marginal. The primary reason why the U.S. fell so far was that other countries were able to improve their scores by a lot more than America was. Austria, for example, was ranked 19th in both 1990 and 2016 but saw substantial gains across the board, allowing it to surpass the United States.

But, we spend so much money!

It’s not that Americans don’t spend a lot of money on these things. As a matter of fact, the U.S. spends more per student than almost any other country on education and way more than anybody else on healthcare.

The problem, or at least part of it, is that much of this money is spent inefficiently. The Nordic countries, which dominate the top spots on the list, have universal healthcare which provides better outcomes at a lower price than the American system does. Because of this system, the cost of drugs and health care administration is lower in Europe than in America. Last year, half a billion dollars was spent on lobbying on behalf of healthcare providers, pharmaceutical companies, and insurance companies which could have been spent on actual healthcare.

Today, there are still around 30 million Americans without health insurance despite progress over the last decade. The number of those uninsured has increased in the last couple of years due to rollbacks on Medicaid and reduced advertising of government programs.

These inefficiencies add up to mean that, despite increased spending, America’s human capital scores hardly moved over the last three decades.

The study reconfirms the relationship between human capital and economic growth. With countries that make the most substantial investments in their populations seeing higher growth rates as a result. This could speak poorly for the future growth prospects of the United States if its relative position continues to decline.

President Jim Yong Kim of the World Bank hopes the data collected will help spur further investment by governments into education and healthcare. He framed the benefits of a single, comprehensive human capital index as a motivating force.

With the right measurements, an index ranking the human capital in countries will be hard to ignore, and it can help galvanize much more — and more effective — investments in people

The findings also offer a bit of good news for the world. Even the country that came in last place, Niger, made progress over the years. It just did so at a slower rate than everybody else.

If nothing else, the relative decline of the United States over the last few decades shows that no country can rest on its laurels. Like the Red Queen in Through the Looking Glass tells us, “It takes all the running you can do, to keep in the same place. If you want to get somewhere else, you must run at least twice as fast as that!”

Tags
Chinaglobal developmentglobal issueshealth carepolicyunited states
In this article
Chinaglobal developmentglobal issueshealth carepolicyunited states
Related
Strange Maps
Electricity generation by U.S. state
U.S. states vary radically in terms of electricity generation. Vermont is the cleanest, while Delaware is the dirtiest.
The Present
Twenty years after 9/11, hindsight is 20/20
Hindsight is 20/20, particularly when you have had 20 years to think about what happened.
Life
Tornado detection: bringing Stone Age tech into the 21st century
Technology designed to listen for atomic bombs can also hear tornadoes.
The Present
Rare earth war: can the U.S. even compete with China?
China’s dominance of the rare earth metal industry is part of its overall geopolitical strategy.
The Present
Sludge: Americans spend 11.4 billion hours filling out federal paperwork
Unreasonable burdens prevent people from thriving. Eliminate them.
Up Next
The Present
Kanye West’s 13th Amendment outburst was baffling, but worth considering
Kayne West’s tweet that the United States should amend the 13th Amendment brought renewed attention to a flaw in its language.