The recent U.S. backflip on Syria has certainly not helped the nation’s residents. Before the Syrian Civil War in 2017, the estimated population was 22 million; today it is roughly five million fewer, with another six million “internally displaced.” With Turkey launching an invasion, we can expect more Syrian citizens to become refugees.

Beyond the occasional news feature inside of refugee camps, you hear very little about where Syrians end up, save when far right leaders demand it not be in their backyard. How can you tell if they will successfully integrate into the foreign populations they must seek aid from?

This question needs to be asked without knee-jerk reactions from either side of the partisan aisle. It appears that an emerging application of AI might help us in this quest.

Multi-agent artificial intelligence (MAAI) is predictive modeling at its most advanced. It has been used for years to create digital societies that mimic real ones with stunningly accurate results. In an age of big data, there exists more information about our habits — political, social, fiscal — than ever before. As we feed them information on a daily basis, their ability to predict the future is getting better.

Multi-agent systems have been used to predict online trading behaviors, disaster response protocols, and social structure modeling. They can help us understand dimensionality, discreteness, determinism, and episodicity. To return to Syrian refugees, such models allow us to ask the following questions:

Syria is not the only model that can be constructed using MAAI. An even more contentious example is voting. While there has been a lot of talk about the potential role of deepfakes in the 2020 election in America — even though, currently, most videos are used to pornographically degrade women — MAAI might play an even bigger role. 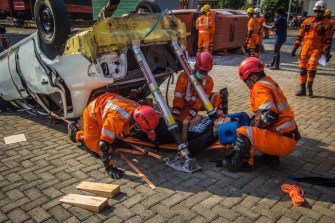 “One of the things that has changed is an acceptance that you really can model humans. Our agents are cognitively complex. They are simulated people with genders, ages and personalities. They can get married, have children, get divorced. They can get a job or get fired, they can join groups, they can die. They can have religious beliefs. They’re social in the way humans are. They interact with each other in social networks. They learn from each other, react to each other and to the environment as a whole.”

Tamagotchi this is not.

As New Scientist states, and as the history of any emergent technology proves, how we use MAAI depends on what we’re looking for. There is evidence that such modeling might have prevented over a million people from falling victim to Ebola in 2014. Perhaps researchers can accurately predict where Syrian refugees would thrive and where they might not. Apparently, and sadly, owning a restaurant in Toronto is not a good decision.

Given the current political climate around the planet, however, MAAI will most certainly be put to insidious means. With in-depth knowledge comes plenty of opportunities for exploitation and manipulation, no deepfake required. The intelligence might be artificial, but the target audience most certainly is not.

Tags
aidatademocracygovernmentmachine learningtechnology
In this article
aidatademocracygovernmentmachine learningtechnology
Related
The Present
Even in the age of AI, some problems are just too difficult for computers
Computers are growing more powerful and more capable, but everything has limits
13.8
What kind of intelligence is artificial intelligence?
The initial goal of AI was to create machines that think like humans. But that is not what happened at all.
Life
How artificial intelligence is helping us decode animal languages
Communication among cetaceans, like whales and dolphins, looks especially promising.
Thinking
Killer robots and the banality of evil
“Lethal autonomous weapon” sounds friendlier than “killer robot.”
The Future
The brief history of artificial intelligence: The world has changed fast – what might be next?
Despite their brief history, computers and AI have fundamentally changed what we see, what we know, and what we do.
Up Next
The Present
Why do the good guys have to beat the climate cheats?
There’s concrete tradeoff logic lurking beneath the numbers and market abstractions.