Climate change skeptics don’t usually cite NASA when trying to make a point. The space agency has, after all, been a leading voice in advancing climate change research and awareness, promoting the idea that at least 97 percent of climate scientists agree that recent global warming is due to human activity, and overseeing a host of missions designed to study the changing nature of the climate from space.

There is one exception, however. In 2015, a team of scientists led by Jay Zwally, a glaciologist at NASA’s Goddard Space Flight Center, published a study in the Journal of Glaciology under the title ‘Mass gains of the Antarctic ice sheet exceed losses’.

It was immediately and warmly embraced by climate change skeptics and deniers, and some in conservative media.

The study was, to them, a much-welcomed monkey wrench thrown into the gears of a liberal machine that wouldn’t stop shouting about climate change and, specifically, the melting Arctic and Antarctic ice. It gave them license to roll their eyes at the so-called consensus they’d long doubted.

And they weren’t entirely wrong. The 2015 study was a direct challenge to a consensus held by climate scientists—just not the one the skeptics hoped to shatter. 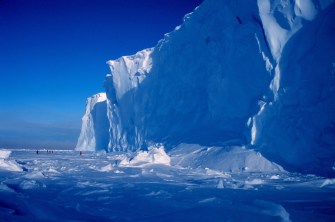 What did the study say?

In short, the study claimed that, yes, Antarctica is losing some ice, but it’s simultaneously gaining more ice than it’s losing, and scientists haven’t realized this because they’ve been incorrectly measuring snow and ice across the massive continent.

Zwally and his team argued that Antarctica saw a major increase of snowfall starting about 10,000 years ago in East Antarctica and the interior of West Antarctica. As the snow fell, it compacted and thickened the continent’s ice with each passing year. This thickening process continues to this day, the team said, and it’s caused Antarctica to gain more ice than it lost to melting glaciers from 2003 to 2008.

Scientists generally agree that East Antarctica is gaining mass in the form of ice or snow. The question is how much, and in what form? It’s on these points that Zwally’s team strayed from the scientific consensus: They argued that the ice gains were much higher than previously thought, and that the gains came in the form of ice. 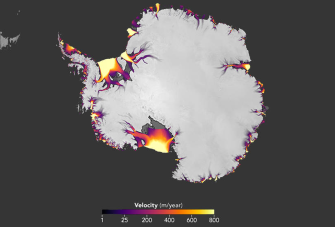 To measure the changes, Zwally and his colleagues used NASA and European Space Agency satellites that fired lasers at specific spots on Antarctica’s ice. Those beams would then reflect back to the satellites at slightly differing times, indicating the altitude of various points on the ice sheet. This process required calibrating the satellites by firing lasers at a flat “reference surface”; Zwally’s team chose the still waters of the Southern Ocean.

But some scientists said this measuring method isn’t exactly reliable. For one, those waters aren’t always still, and they could’ve been covered in ice. Also, the 2015 study yielded results that flew in the face of past measurements made by another NASA tool, the GRACE satellites, which record the changing mass of ice based on differential tugs of gravity on the spacecraft as they pass over the planet.

Further, even if scientists accept the study’s findings regarding altitude changes in the ice sheet, it’s still unclear what’s causing the rise: ice or snow? Zwally’s team claimed it was ice, an assumption that necessarily meant their estimates for the continent’s total ice gains were going to significantly higher, because ice is denser than snow. Again, this finding was disputed by subsequent research conducted with the GRACE satellites that found ice gains in East Antarctica during the study period to be three times smaller than the amount suggested by Zwally’s team.

Suffice it to say that recording precise measurements of ice changes in Antarctica is a difficult pursuit. But whether Zwally’s study missed the mark is, in a way, irrelevant, because his team agrees with the broader scientific community on the main issue: Antarctica is melting due to rising temperatures.

Zwally said he hoped his study wouldn’t detract from other research highlighting the scope and dangers of climate change.

“When our paper came out, I was very careful to emphasize that this is in no way contradictory to the findings of the IPCC report or conclusions that climate change is a serious problem that we need to do something about,” he told Scientific American.

He also seemed aware some people would weaponize the study for political purposes.

“I know some of the climate deniers will jump on this, and say this means we don’t have to worry as much as some people have been making out,” he said. “It should not take away from the concern about climate warming.”

Where does the scientific community stand on Antarctic ice loss?

Since 2015, the bulk of scientific research suggests that Antarctica is losing more ice than it’s gaining. This research includes:

In December, NASA scientists described how increased snowfall helped to offset ice loss in East Antarctica, though the losses are still outpacing the gains. That’s not to suggest that climate change isn’t occurring, but rather the opposite: Warmer temperatures have enabled the atmosphere to retain more water, which has led to increased precipitation in Antarctica.

“Our findings don’t mean that Antarctica is growing; it’s still losing mass, even with the extra snowfall,” said Brooke Medley, a glaciologist with NASA Goddard Space Flight Center in Greenbelt, Maryland, and lead author of the study, which was published in Nature Climate Change on Dec. 10. “What it means, however, is that without these gains, we would have experienced even more sea level rise in the 20th century.”

We’re separating the facts about EVs from the fiction.
13.8

Why the UN cares about climate change — and aliens

Any alien civilization that grows to span an entire planet would spark the same effects that we have. So, what do we do about it?
Up Next
The Present

“We must end the needless and unjust convictions and the debilitating criminal stigma and let’s legalize the adult use of recreational use of marijuana once and for all,” the governor said.