Try It!: An Experiment about Happiness 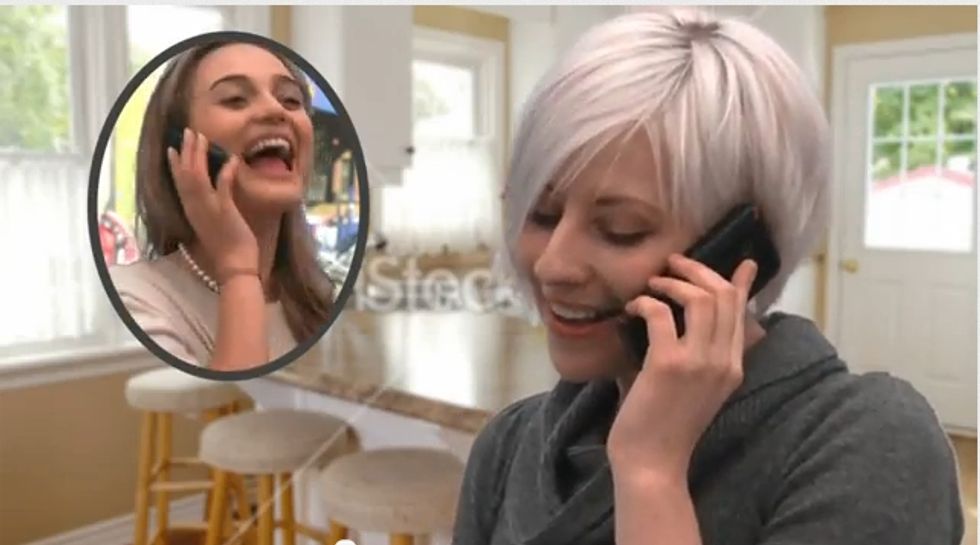 Here's a little philosophy/psychology experiment you can try for yourself. It just takes a few minutes, and the rest of this post will make much more sense if you do it before reading further. Go!

How'd it go? Did you think the wholesome mom was happier than the party girl?

Jonathan Phillips, Luke Misenheimer, and Joshua Knobe found that most subjects were inclined to say the mom was "happy", but not that the party girl was "happy", even though they're described as enjoying the same positive psychological states. Yet when it came to "unhappy" scenarios, folks leaned toward agreement that the mom and party girl were unhappy.

Here's a picture of their results:

Phillips, Misenheimer, and Knobe ran a similar experiment about "love" and "lust" and got similar results. The authors' sumary:

We are not at all sure why these different concepts differ in this way, but it does seem that there is some broader principle or generalization to be found here does. Perhaps the matter can be addressed in future research.

Interesting stuff. Let's talk about the happiness result, and me.

When I went through the interactive video, I didn't conform to pattern they found in attributions of happiness and unhappiness. I was inclined to take the party girl's word for it, so I mostly agreed she was happy, just as I did with them mom. Still, I felt the pull of penalizing the party girl. She's shallow, she's shitty to her friends, she's doing lots of drugs. I don't think this combination generally does lead to happiness, so I did swiftly entertain and reject the idea she only thinks she feels great when she considers her life as a whole, but really she's hollow inside. Notably, the thought that the busy mom might be deluded or suffering from some sort of false consciousness didn't cross my mind.

Interestingly, in the second round, I agreed less that the mom was unhappy. Why? I dunno. I swiftly entertained but did not reject the idea that there's more to happiness than feelings and self-evaluation, and that probably she gets an abiding sense meaning from motherhood and that's got to count for something. I suspect I was just inclined to go easier on mom, probably because she fits a certain normative cultural ideal for womanhood and I'm an unwitting instrument of the patriarchy. It goes by very quickly. I'm not proud.

What explains the pattern? My guess is that there's a few probably intermingled things going on when people won't agree that the party girl is happy.

The first thing is that we've got implicit theories of happiness, both descriptive and normative. My impulse, which I resisted, was to refuse to agree that party rocker is happy on the grounds of my descriptive theory of happiness. I'm sure lots of folks don't resist this impulse. They think it's just really empirically unlikely that somebody who leads this sort of life really feels great about everything. But they don't think the same is true of the mom. Her life, as depicted, seems a not-at-all unlikely path to happiness.

I think Phillips, Misenheimer, and Knobe are a little too quick to ascribe unwillingness to agree that the party girl is happy to "evaluative judgments,' rather than implicit descriptive theories of happiness. Probably that's because they set up the whole experiment to try to elicit the judgment that one life was "bad" and one was "good". But you don't have to evaluate these lives as either "good" or "bad" in order to think that one might be more likely to lead to happiness.

That said, I think our normative theories of happiness -- our implicit beliefs about the sort of behavior that ought to be rewarded with happiness -- probably drive our descriptive theories more than the other way around. I suspect a lot of us (conservatives, mostly) like to think that we live in a universe in which people tend to get their just desserts. In which case, we'll be inclined to think that people who ought not to be rewarded with happiness aren't, as a matter of fact.

Most people haven't pickled themselves in "happiness research" for the past half-decade as I have, so my responses to these scenarios might be pretty idiosyncratic. But perhaps not as idionsyncratic as I'd like. My own descriptive theory of happiness, were I to lay it out, incorporates research which says that parental duties are fairly miserable and that kids are a drag on life satisfaction, especially for single parents. Yet, in the heat of the moment, this part of my descriptive theory wasn't activated by the description of the mom. I guess this partly has to do with the fact that she is depicted as a woman of fairly high socio-economic status, and it just didn't come to mind that she might not have a partner or might have trouble making ends meet. Perhaps more importantly, patriarchy. Seriously. My hunch is that the descriptive theory I brought to the experiment was far from my full, reflective, descriptive theory, but was instead a culturally-common folk theory, according to which there's little reason to suspect that mothers who say they feel great really aren't. It's what women are supposed to do. So naturally they'd be happy doing it. (Here's that quick step from the normative to the positive.) So what I actually knew stayed buried.

Last, I think the pattern Phillips, Misenheimer, and Knobe found in ascriptions of  happiness/unhappiness and love/lust reflects the fact that we're more likely to deceive ourselves and others about culturally-idealized psychological states we aspire to achieve -- e.g., happiness, love -- than about states we hope to escape or rise above -- e.g, unhappiness, lust.

The more we're convinced that to judge someone happy is to validate the way they've lived life, the more we'll resist judging happy those who live the sort of lives we don't think very highly of. I think this is the sort of thing the authors have in mind when they talk about the effect of our "evaluative judgments" on our ascriptions of psychological states. I don't doubt that this is a good part of what's going on. But I also don't think these experiments succeed in getting us very far toward isolating the role of these evaluative judgments from descriptive judgments grounded in folk theories of happiness, or judgments about the trustworthiness of self-reports about psychological states correlated with culturally idealized emotions.