Fiction Isn't Good for You 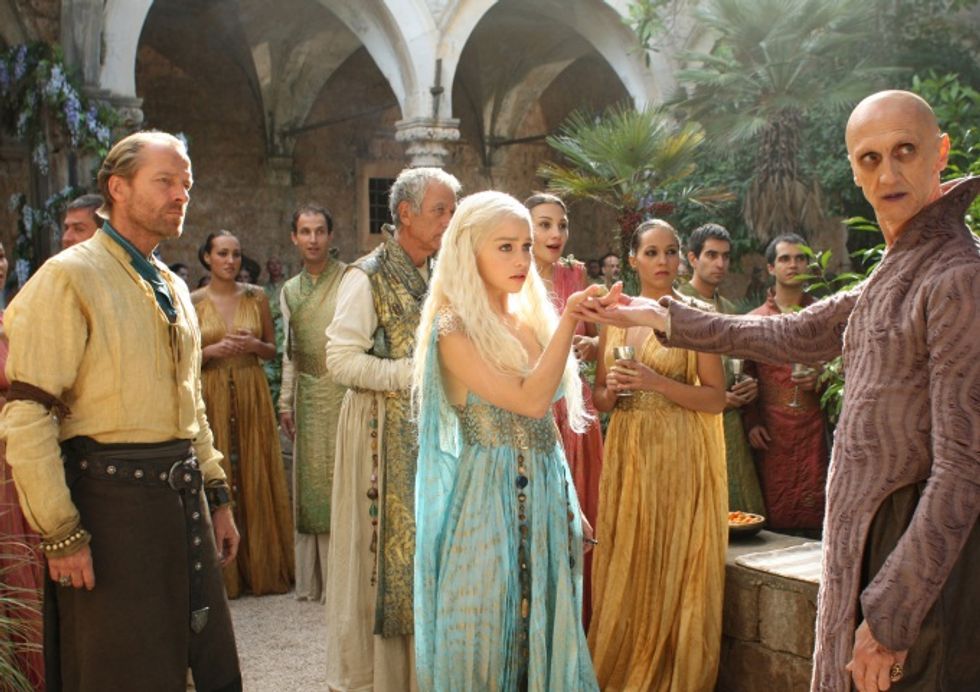 Jonathan Gottschall says stories are good for us. I’ll soon apply myself full-time to story-writing, so you might suppose I’d find this an encouraging thought, but I don’t. It’s an annoying thought. And (therefore?) I find myself pretty skeptical of the idea that fiction is morally improving.

I don’t mind if fiction is instructive or edifying. It’s hard to see how time spent inhabiting fictional worlds and fictional minds can fail to expand our powers of sympathetic imagination. I don’t mind if fiction does that, nor do I mind if there’s some profit in it for readers/viewers and their social relations. But if a story is entertaining or stimulating or gripping or beautiful, that’s good enough.

This guy, who complains that the contemporary Anglophone novel fails to combat injustice, is the enemy of art. The story may well be the most powerful weapon in the propagandist’s arsenal, but it is rarely to the aesthetic credit of a piece of fiction that it functions as propaganda. Stories don’t need non-aesthetic justification, even if it turns out there are moral dimensions to literary quality. “Art is good for you” arguments almost always get my hackles up. Because what if it isn’t?

Gottschall’s main claim is that "Fiction enhances our ability to understand other people; it promotes a deep morality that cuts across religious and political creeds.” Gotschall also notes that fiction can “warp our sense of reality,” and that the lessons learned from fiction can be either bad or good. Let’s talk about ambiguous moral valence of fiction first. Gothschall writes:

[S]tudies reliably show that when we watch a TV show that treats gay families nonjudgmentally (say, “Modern Family”), our own views on homosexuality are likely to move in the same nonjudgmental direction. History, too, reveals fiction’s ability to change our values at the societal level, for better and worse. For example, Harriet Beecher Stowe’s “Uncle Tom’s Cabin” helped bring about the Civil War by convincing huge numbers of Americans that blacks are people, and that enslaving them is a mortal sin. On the other hand, the 1915 film “The Birth of a Nation” inflamed racist sentiments and helped resurrect an all but defunct KKK.

I think it’s undeniably true that story is a powerful instrument of norm inculcation. The question is whether there is something inherent in the nature of stories that lend them a morally progressive bias. If fiction is equally capable of promoting and reinforcing “good” and “bad” moralities, then it would seem to be a neutral force. If “Modern Family” is making Americans more sympathetic to gay folk, and it is, that’s because it's amplifying and accelerating an already existing push for progressive social change. Stories radically out of sync with the status quo morality will not find purchase in our story-loving minds; we reject these with disgust, like rancid pieces of meat.

Now, I think it is likely that the stories available in our mass media do have a left-leaning bias, which one may or may not see as a bias toward a desirable morality. But my guess is that this bias has to do primarily with the fact that the people most likely to opt into creative careers are unusually high in “openness to experience,” a personality trait highly correlated with liberal political sympathies. These will be people disinclined to help others, through the exercise of their imaginative sympathy, to finally see just how beautiful, noble, and good the aims of the Nazis were to the Nazis. (A pity?) If storytelling attracts a certain moral personality -- if there is something inherent in stories a certain moral personality likes -- that may enough to give storytelling a fairly reliable moral bias, but it's important to correctly identify the operative mechanism.

According to Gottschall, the progressive moral bias baked into fiction flows not from a selection effect but from the way stories as such encourage the development of empathy. “[V]irtually all storytelling, regardless of genre, increases society’s fund of empathy and reinforces an ethic of decency that is deeper than politics,” he says.

Again, I’ve no beef with the idea that stories call upon our perspective-shifting capacities. But the evidence presented that this has a significant positive effect seems weak:

Washington & Lee psychologist Dan Johnson recently had people read a short story that was specifically written to induce compassion in the reader. He wanted to see not only if fiction increased empathy, but whether it would lead to actual helping behavior. Johnson found that the more absorbed subjects were in the story, the more empathy they felt, and the more empathy they felt, the more likely the subjects were to help when the experimenter “accidentally” dropped a handful of pens — highly absorbed readers were twice as likely to help out.

I’m not impressed. In light of the situationist literature, which calls into question the existence and/or behavioral relevance of moral virtue, it’s easy to doubt that this sort of boost in helpfulness to pen-droppers will survive the walk out of the lab. Moreover, even if fiction expands our empathic capacity, everything depends on our willingness to deploy it “in the wild.” If we just won’t put ourselves in the shoes of of those we see as the “other” when it really counts, when the game is on, then our highly cultivated capacity for imaginative empathy when reading books may be of slight moral consequence. Virtuosity at Super-Mario Cart does not a race-car driver make.

What about the ways in which stories distort our sense of reality? As Gottschall writes:

[F]iction’s happy endings seem to warp our sense of reality. They make us believe in a lie: that the world is more just than it actually is. But believing that lie has important effects for society — and it may even help explain why humans tell stories in the first place.

Should we be so sure this is helpful? If stories generally encourage us to believe that we all eventually get what we have coming, won’t this interfere with our ability to sympathize with the plight of, say, the poor? "Get a job!" If social justice just is, as Ronald Dworkin has it, our indemnifying each other against the risk of ill fortune, won’t fiction’s bias toward karmic moral balance stand in the way of justice?

Finally, what if stewing in stories makes us inclined to reduce everything to a simplified narrative? Samuel McInerny, riffing off Tyler Cowen’s cautionary tale about stories, writes:

This is one of the reasons we humans love narratives; they summarize the important information in a form that’s familiar and easy to digest. It’s much easier to understand events in the world as instances of good versus evil, or any one of the seven story types. As Daniel Kahneman explains, “[we] build the best possible story form the information available… and if it is a good story, [we] believe it.” The implication here is that it’s how good the story is, not necessarily its accuracy, that’s important.

But narratives are also irrational because they sacrifice the whole story for one side of a story that conforms to one’s worldview. Relying on them often leads to inaccuracies and stereotypes. This is what the participants in Brenner’s study highlight; people who take in narratives are often blinded to the whole story – rarely do we ask: “What more would I need to know before I can have a more informed and complete opinion?”

The “stories are good for you” argument, in addition to wrongly suggesting that stories ought to be good for you, promotes complacency about the cognitive dangers of naive narrative. Writing about politics every day has made me painfully aware of just how pathetically idiotic the “good-and-smart vs. stupid-or-evil” stories inside of which even some of our smartest commentators seem to be helplessly trapped. Better stories would certainly help. (There’s probably no non-narrative mode of thinking available to us.) But stories as such don’t look so great once we begin to see moral progress -- Careful! History has not a plot -- as a process of replacing bad stories with slightly less bad ones.