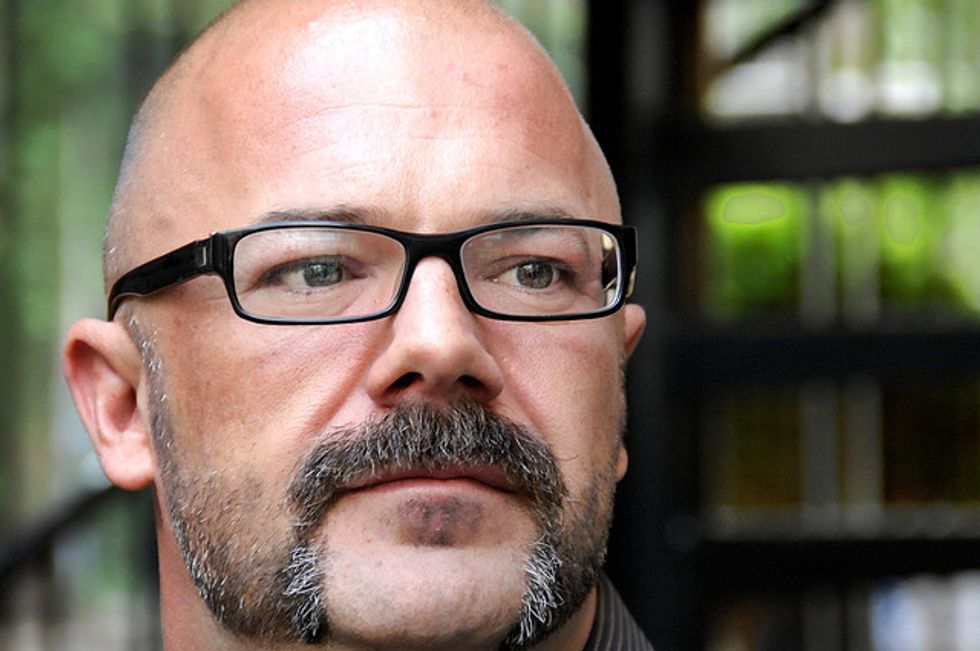 Conor Friedersdorf doesn't understand why Andrew Sullivan gushes so much about President Obama given the heavy importance Sullivan seems to place on a number of issues on which Obama has been objectively awful. Andrew sticks up for himself, noting that he is often very harshly critical of Obama on civil liberties, executive power, torture, medical marijuana, and so on. He writes:

I try to see the whole picture - and explain why I think this president has achieved far more than his critics on the right and left believe. Politics is not just about purism, or demonstrating one's own independence; it's about prudential judgment. I made my case here.

I would simply ask: which other blog or commentator has the same balance of harsh criticism on specifics andserious praise for the long-term achievements of this president?

Conor basically replies that he is delighted to admit, once again, that Andrew's criticism on these issues is not only extensive but solid. His problem is that he can't square Sullivan's articulate ire over Obama's stance on these particular issues with his gag-inducing habit of fawning exaltation when it comes time to judge the Obama's presidency more comprehensively. Conor writes:

No other commentator. That is partly because Sullivan is more committed than the vast majority of pundits to the importance of those issues. Seriously. His blog is indispensable for folks who care about these issues. But there is another reason that no other blog or commentator has had the same mix of harsh criticism and serious praise: the mix makes no sense.

I understand why he praises Obama for various achievements, and why he prefers Obama to Romney. I don't begrudge Sullivan arguing for Obama's reelection versus Romney. But how can you think Obama is an accessory to war crimes who should be prosecuted for his illegal behavior... andthat he hasn't yet had a scandal to his name? How can you think that he willfully lied in his campaign pledges on civil liberties... and that he is a man of praiseworthy integrity, which was "reaffirmed" by his changing stand on gay marriage? How can you think his drug policy is so bad that it causes sickness and death - so bad that his supporters ought to stop cooperating with his fundraising appeals - and that he deserves to be running for a "triumphant" reelection?

How can you explicitly articulate all the ways Obama has been as bad or even worse than the Bush Administration, which you regard as criminal and catastrophic, and regularly end Obama posts with "know hope"?

... [T]he appropriate tone to take while writing in favor of Obama's reelection is uncomfortable, grudging support, not soaring praise and admonitions to more fully appreciate his transcendent character. You can think that civil liberties are extremely important, or that Obama is a praiseworthy man of honor who deserves our respect, esteem and gratitude, but not both.

I agree with Conor that Andrew's mix of criticism and praise does not exactly "make sense" if our standard is a certain ideal of dispassionate reasonableness. But Andrew's writing is not and never has been much about making sense in this way. Andrew is a man of enormous feeling capable of reacting to public figures with ferocious hostility or flushed adoration. His reactions are often completely unhinged, wildly inapposite, and rarely stable over time. Andrew falls in and out of love like a bipolar fourteen year-old diarist. Yet he proceeds -- and this is as maddening as it is riveting -- as if he were not an overheated, fickle instrument, as if his vehement mutable passions about public persons made perfect sense, were the unimpeachable output of a judicious internal process of cool analysis sensitive only to the objective features his subjects. But just when Andrew's infuriating audacity or blindness or whatever it is has you ready to punch your laptop, he teases you with fluent erudition, penetrating insight, subtle analysis and measured intellectual judgment. This mix is fascinating. It can be addictive. No, it does not make sense.

I don't know anyone who does long-suffering, even-keeled reasonableness better than Conor. And I think it's a fair point to observe that Andrew is not, on the whole, either even-keeled or reasonable. But I don't know how much good it does to press Andrew to concede this. It's completely sensible to question the inner logic of Andrew's romance with his imaginative construction of Obama, given Andrew's own beliefs about Obama's egregious failings. Yet its worth asking if it doesn't make its own kind of rhetorical sense.

Andrew's heartfelt loving admiration seems to me to immunize his censure of Obama's manifold crimes against suspicion of low ideological opportunism. Andrew loves Obama. Apparently it does really pain him that Obama has not able to find the courage to, say, oppose the extrajudicial assassination of American citizens. (Just think of the poor man's sleepless nights!) I don't see this as a higher form of concern trolling so much as the pure form of rhetorical entreaty which the concern troll mimics in bad faith.

Now, when one adds up all the things about Obama which it sincerely pains Andrew to consider, one does sort of wonder why he doesn't just conclude now rather than later that the man is politician and thus a self-aggrandizing amoral rat who is, at best, better than the other guy. But this just isn't how Andrew rolls, and I'm glad. I like to think he'll make sense of his outsized passions about the president by reminding himself that we are all of us of crooked timber hewn; that politics, like life, is a tragic game; that the most the good prince can hope is that the stain comes out; that, yes, Obama is flawed, because he is human, but he is also farseeing, bends toward justice, and can be encouraged to goodness by our love. And maybe it's all true.

Yet, if history has taught us anything, a great Sullivanian reversal looms. When will Andrew's ardor subside? When will he, jilted, finally fix on Obama with a jaundiced eye? Or maybe this crazy little thing can last. Can it? Oh, I don't know. It seems impossible. He has to end it! He has to! I am on tenterhooks, friends.