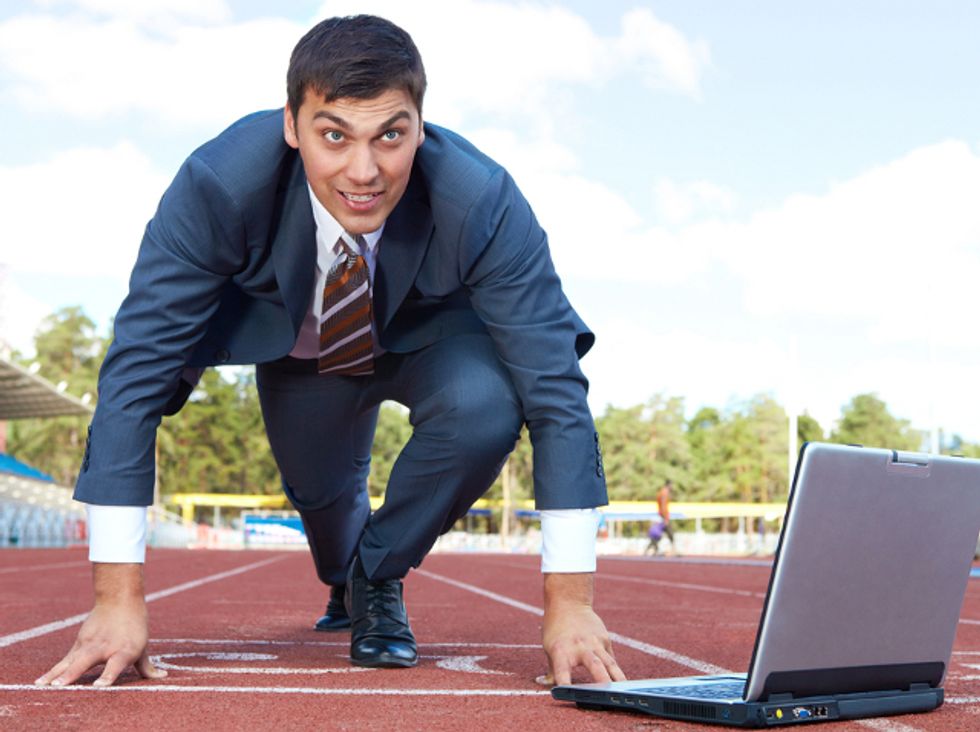 Speaking of Deirdre McCloskey, Dalibor Rohac offers a nice overview of her recent work in a WSJ profile. Here's the core argument of McCloskey's most recent book, Bourgeois Dignity:

Modern economic growth, she claims, is a result of an ideological and rhetorical transformation. In the Elizabethan period, business was sneered upon. In Shakespeare's plays, the only major bourgeois character, Antonio, is a fool because of his affection for Bassanio. There is no need to dwell on how the other bourgeois character in "The Merchant of Venice," Shylock, is characterized.

She contrasts this with attitudes 200 years later. When James Watt died in 1819, a statue of him was erected in Westminster Abbey and later moved to St. Paul's cathedral. This would have been unthinkable two centuries earlier. In Ms. McCloskey's view, this shift in perceptions was central to the economic take-off of the West. "A bourgeois deal was agreed upon," she says. "You let me engage in innovation and creative destruction, and I will make you rich." A commercial class that was not ostracized or sneered at was thus able to activate the engine of modern economic growth.

Ms. McCloskey insists that alternative explanations for the Industrial Revolution fail, for a variety of reasons. Property rights, she says, could not have been the principal cause because England and many other societies had stable and secure property rights for a long time. Similarly, Atlantic trade and plundering of the colonies were too insignificant in revenue to have made the real difference. There had long been much more trade in the Indian Ocean than in the Atlantic, moreover, and China or India had never experienced an industrial revolution.

By elimination, Ms. McCloskey concludes that culture and rhetoric are the only factors that can account for economic change of the magnitude we have seen in the developed world in past 250 years.

I've never felt secure in any of the main positions of the great debate over the root cause of modern growth, but I find myself inclined toward McCloskey's case, if not fully prepared to abandon my materialist inclinations. (To get a stronger sense of the texture of the debate, take a gander at this stimulating Cato Unbound forum on Bourgeois Dignity.)

The danger of our era is that the bourgeois deal is slowly crumbling away. It is under attack from the political left and also from economists whose work revolves around one sole virtue—prudence—thus eroding the public understanding of markets and economic life. Looking at the West's current economic woes, it is easy to share Ms. McCloskey's concern that unless we revive a sense of dignity and approbation for entrepreneurship and innovation, we might easily kill the goose that lays the golden eggs of our prosperity.

I don't think there is really any significant threat to bourgeois ideals "from the left". Respect for business, entrepreneurship, and invention is so thoroughly ingrained in our society, I can hardly imagine grounds for serious worry. Spend fifteen minutes at the Harvard Business Review site and try not to conclude that our culture is so thoroughly invested in the values of innovation, efficiency, costumer/consumer satisfaction, relentless self-improvement and general entrepreneurial go-getterness that it borders on the pathological.

Actually, I just took my own advice. Here's the blog of an energetic gentleman who, in addition to having founded "an agenda-setting advisory boutique that shaped strategies across media and consumer industries," also offers, for our benefit

a five-step program for reimagining and redesigning prosperity — beginning at the biggest of levels, the global economy, through to the micro-level, the organizations we all spend most of our days in — that's composed not merely just of more bigger faster, but of radically better.

Anyway, if the commercial ethos of our culture is in any way endangered, it's endangered more by the more-bigger-faster-radically-better vulgarity of the capitalist rubber-chicken circuit than by its leftist critics, who are, if they're any good, busting their asses trying to move units like the rest of us saps.

Chomsky completists aside, the complaints of the left seem to me mild as milk, amounting to little more than a minor refinement in the balance of our bourgeois values, and some welcome resistance to the bad economist's false doctrine that, given the right structure of incentives, self-interest is entirely self-regulating and thus entirely benign. Like unrestrained self-interest, unrestrained egalitarian sentiment can also wreak havoc. But it's an indispensable protective and liberating force, too, spiritedly resisting the sort of concentrations of power required for the worst oppression. A little light class war is part and parcel of the bourgeois liberal bundle. Filter all the OWS hullabaloo through the broader culture and you're left with the complaint that poor people don't get enough help and rich people are too lightly taxed. Whatever you'd call that, it's not an attack on bourgeois values.