15,000 Scientists Issue a “Warning to Humanity” 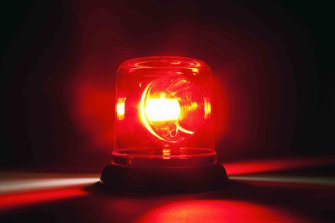 Michael Hennessey: Earth will survive, humans won’t, all the plastic we created will be our monument to the universe.

Benjamin Phillips: Look, this is highly alarmist. Sure on the surface, things look pretty dire, but we have the technology to solve each and every one of these problems…or at least close to having the tech to solve all these problems. For example, there are claims that scientists have solved the fusion containment issue. If so…limitless clean power. Meaning we can phase out cars that run on fossil fuels. I find the meat claim to be very dubious because if you take meat out of the diet, you have to eat more plants…meaning more land is needed for farming. But even here we have a techno solution – scientists can grow meat in a lab. The real issue is, not the end is nigh…but we as a species are ungovernable. This is, even though in theory there is just enough for everybody. Until we stop living or governing as we have done for the last 10,000 years…humankind will not step out of the darkness. Up until 10,000 years ago, humankind were nomads, then we discovered agriculture and from there human beings grew exponentially. This form of governing worked, until now because we’re almost an advanced technological society…almost. Now that we’re all connected or most of us, the old enmities of the past – where we fought over resources and cultural dominance need to be put aside. Then we need to find a new way to divide everything up, and make decisions. Decision making by consensus is also a problem. We need to figure this out too. But this new form of governing and indeed making decisions cannot be like anything we’ve had in the past. It cannot be socialism mk2. We have to find a way for the individual to take responsibility for themselves and the world around them, and come together that way. And until we do…then screaming the sky is falling won’t solve the problem…it will make it worse. 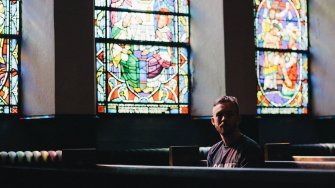 Is it even possible to oppose capitalism anymore? 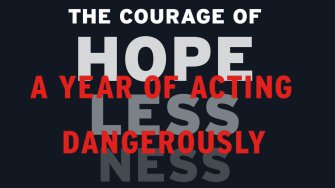 Wendy Irving:Socialist welfare states such as in Northern Europe work best. Democracy, looking after their people and managing the economy. It means high taxes, but you get what you pay for. In general, they have high standards of living and life satisfaction.

Related
Thinking
Creative wisdom from Rick Rubin: embrace your inner gatekeeper
Unlock the full potential of your creativity with “holistic detachment.” This is the way of the editor.
If money doesn’t buy happiness, you’re spending it wrong
These money experts say you can buy happiness. There are some red flags to look out for, though.
▸
7 min
—
with
Lindsay Bryan-Podvin
Starts With A Bang
The path forward for astronomers and native Hawaiians
A history of injustice and the greatest natural location for ground-based telescopes have long been at odds. Here’s how the healing begins.
Thinking
“Give a f***, actually”: The surprising benefits of being grateful for things you dislike
Radical Emotional Acceptance calls on you to celebrate all of life’s emotions — even the negative ones.
Thinking
Visual thinking: How to understand the inner lives of animals
Humans are good visual thinkers, too, but we tend to privilege verbal thinking.
Up Next
Surprising Science
Barbra Streisand’s dog cloning: Is it ethical?
Sure, you love your dog. But do you love your dog enough to spend $50,000 on a cloned version of your dog that in all likelihood won’t act like your departed pal?